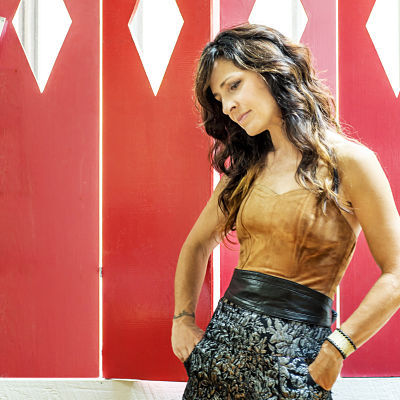 The internet is the jewel. For me, it is the link between me and my fans, who are like family. Back in the 1990s I kind of imagined what my audience was like. And 20 years later my idea of what my audience is changed. It may be only 500 or a 1000 people or more -- but those people really care, and they get my jokes, and they want to hear from me. -- Tracy Bonham

I last spoke with Tracy Bonham in the year 2000 in a bygone era previous to YouTube.com, Facebook, Pinterest, Tinder, iTunes, Spotify, Pandora, Ashley Madison, Twitter, and Huffington Post, among other modern day necessities -- give or take a few. At that particular point in time, Ms. Bonham faced the daunting task of following up her pivotal debut album; the multiple Grammy Award nominated, highly acclaimed and most influential Burdens of Being Upright (1996) which featured the anthem which brought Tracy to the mainstream masses (and the Howard Stern radio show) -- "Mother Mother."

The album we discussed in the waning days of the Clinton administration was entitled Down Here -- which was victim to the seismic shifts that eventually rendered the record industry as we knew it obsolete. Regardless, Tracy continued to wax music that mattered in the ensuing years. Bee (2003), Blink The Brightest (2005), and Masts of Manhatta (2010), and assorted EP and single releases which are all exemplary singer-songwriter efforts which traverse folk, pop, jazz, blues, and "alternative rock" -- whatever that means.

She performed extensively with Blue Man Group, sang with Aerosmith, excelled in the violin chair with Jimmy Page and Robert Plant, and she teaches music, to cite a few artistic endeavors. And Tracy is currently creating a children's music education curriculum "ala School House Rock, but instead of themes like English grammar and U.S. politics it is about music theory and ear training. I am already teaching classes and have an album almost finished that I plan on releasing in the next year which will be posted and publicized on my website and my social media pages."

For those of you who have never met Ms. Bonham, don't let the "Mother Mother" legend intimidate you. (Tracy sounded genuinely surprised when I informed her that her seminal composition airs incessantly on 1990s retrospectives.) She's very funny, given to self-effacing humor, greatly appreciative of her artistic and commercial accomplishments, and, in my opinion, is on a path wherein she can navigate this mess of a music industry into a something that artists of her ilk can actually work with. It takes a mother to fix things.

Nowadays Tracy and her husband split their time between their beloved Woodstock and Brooklyn, New York with their son, an Ethiopian boy which the couple recently adopted. Parenthood and family is a theme which runs through her new album Wax & Gold - a title which derives its name from Ethiopian literature and culture which details a way of telling stories that put forth dual meanings -- "wax" for the superficial meaning, "gold" for the true meaning. 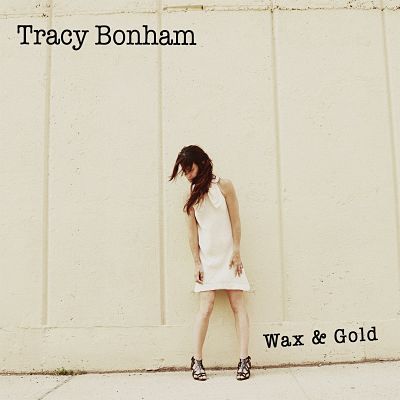 Lyrically there are a lot of specifics, but it's mostly about how we all got here. I'm sure that mothers and fathers whose children came out of the womb and have been in the household from day one often look at their child and say 'how did you get here? Who are you? For us, there is a lot of mystery but I do get this beautiful tapestry - there is a whole other history which he came from and we get to learn about it and we get to discover it and we get to bring our family history to his tapestry and we're making this crazy colorful quilt, which are universal themes for all parents.

An intimate show at the Rockwood Music Hall in New York City to introduce Wax & Gold was a family reunion of sorts. I reconnected with a few former music industry faces, fellow musicians, and East Village dwellers who moved out of town due to the never-ending rent increases which continue to force artists out of the neighborhood which they made famous. Many now have families of their own and were thrilled that they found babysitters for a weekday evening. Accompanying Ms. Bonham on stage was an extraordinary cellist, Gabriel Royal -- a dapper young dude whom Tracy discovered busking and crooning on the 2nd Avenue Subway. Bonham, ever the comedienne, chided him about his age and his good looks -- which did not go unnoticed by the moms in the room who kept waitresses busy with multiple alcohol orders and applauded Mr. Royal rather fervently for his ace accompaniment, among other attributes. As Tracy rendered her new lyrics and melodies, the audience responded immediately. Apparently with age comes a shared wisdom.

Tracy's family, and her family of fans also correlates to her family of peer artists and band members. "Well, as far as the Woodstock family sector goes there is an incredible mix of musicians - from the likes of John Medeski to Don Byron to Donald Fagan to Rachael Yamagata, Natalie Merchant, Mike and Ruthy, and Josh Ritter. The list goes on. People in general want to hide out when they escape from tour, or escape from the city and move to the country, so over the years it has been a challenge to get people to come out of their cocoons. But there is a venue that seems to have brought people together, the Bearsville Theater. It is a historic venue, built by Bob Dylan's manager Allan Grossman as part of the Bearsville complex with a radio station, a recording studio and a few restaurants. This little hub of music inspired businesses over the years has brought in a multitude of national as well as local acts. Over the years, since Jason and I have moved there, I have been a part of several benefit shows, raising money for people affected by Hurricane Irene - which hit hard up here. These people come out to play together and that is when I feel like I am the luckiest person in the world to have a place in that community." From "potluck" dinners with her Woodstock neighbors to impromptu barn concerts transmitted over the internet, Ms. Bonham revels in her society of "musicians, misfits, and mystics."

Conversely we also have producer / guitarist / recording artist Kevin Salem, renowned for his work with Yo La Tengo and Boys Against Girls to name drop a few familiar references, to thank for Wax & Gold. A highly respected member of Bonham's aforementioned musical community -- it was Salem who proclaimed "Bonham, what's your problem! Why does it take you five years every single time you put an album out!?" Bonham, who is quick with rejoinders when we converse every fifteen years or so admits that she had no answer. As such Salem commenced Tracy on a three-day-per-week schedule to get the proverbial ball of Wax & Gold rolling. "I had known his name forever from the Boston scene" she notes "I enjoyed his music, I enjoyed his solo albums. When we met it was like we were best friends from day one. I knew he was going to be someone who was important in my life. He met my son and within minutes they were wrestling on the grass! I knew 'Uncle Kevin' had arrived."

A lot of what transpires on Wax & Gold occurred organically. Case in point: while attending a Halloween party at her son's school, Tracy heard a baritone sax and accordion playing together afar in a field. It was Jay Collins jamming for kids with a mutual friend, Marco Benevento, simply for the pure joy of entertaining the children. Tracy loved what she'd heard and invited Collins to a session wherein his horn and flute work transformed "Noonday Demon" from a bluesy groove exercise into a swingin' jazz tune. Though she considers it to be somewhat of an anomaly, to my ears it sits well within her canon. "It's my absolute favorite song, so I made it the first track... it's a great way to start an album."

An additional catalyst on the session dates was her longtime bassist Mike DuClos. "He tries out a whole bunch of ideas like a Paul McCartney free-for-all - and then he starts refining his parts -- he'll look at me on the first day and say "don't worry -- don't worry..." He'll see my eyebrows go up when I think 'God he's overplaying!' Then he just trims the fat and I'm left with the most tasteful bass lines I've ever heard."

Wax & Gold was borne of the Pledge Music crowd funding platform. That is, Tracy's fans financed the recording and release of Wax & Gold. Depending on the amount pledged, fans received various versions of the "album "-- ranging from the hard-copy CD and downloads to vinyl pressings to assorted bonus tracks, demos and other perks including an acoustic house concert, a full band concert, and "Karaoke Night with Tracy and Kevin Salem."

Emphasizes Tracy "an album can be a lot of different things now- not just ten set songs. I'm not even sure if the album is valuable anymore." Of course, Ms. Bonham had the benefit of mass exposure under the old record company business model, but she does stress that new artists can still earn an audience. Is it the best of times? Worst of times?

If you want to have creative freedom and you don't want to deal with the big machine that was the music industry with moguls taking you out to dinner and making you feel like more than what you are, then drop you just as fast, and you don't want to deal with the hyper-inflated bullshit; then this is the best of times. Because you can literally do anything you want. You can make a record in your bedroom, put it out, get a Twitter account and the world is yours. Sure there is luck involved but there is also perseverance and energy which you have to put into it.

She pauses. "And that's what I would tell a 20-year-old. Yet to somebody my age -- I'm not going to say it's 'the worst of times' -- but the old model is obsolete -- you just can't look at it like that anymore -- you cannot look at it from the perspective of the old days because that's gone forever."

Tracy's Wax & Gold videos are accruing views aplenty, her gigs bring in the faithful as well as younger ears, and she's found a business model that works. "It is a lot of work but I feel it is a conversation with people who 'get me' -- and that's the fun of doing this right now!"

Tracy Bonham's Wax & Gold is out now and available on iTunes, Amazon.

She will also be appearing at the Brooklyn Bowl on September 27, 2015 in the Daniel Cho Memorial Concert which commences at 8:00 PM. And Tracy will be live at the Northern California Women's Music Festival on Saturday, October 24, 2015 in Modesto, California.