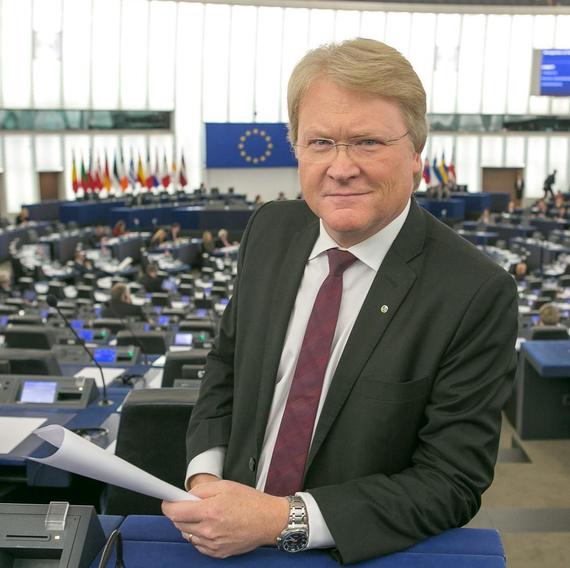 Join the fight or stop calling yourselves Christians! Jesus would be furious with you. His followers are being persecuted, kidnapped and killed. The few that remain in areas controlled by Islamists are living as slaves. What are you doing about this? He is equally disappointed in you for not standing up for other vulnerable and targeted people, such as the Yazidis.

Lars Adaktusson has initiated a resolution in one of the world's major political arenas, the European Parliament. He wants the persecution to be recognized for what it is: genocide. We, at A Demand For Action, sat on the edge of our seats in front of our computer screens during the debate in the Parliament on the evening of Wednesday January 20th. A discussion on the millions of non-Muslims, but also Muslim minorities continued existence in Syria and Iraq, was discussed. MP's gave their presentations.

In the beginning, there was some tension between the speaker and one of the British politicians. The speaker thought the Brit was talking too fast, and the simultaneous interpreters therefore could not keep up. The Brit was furious over being interrupted, as he only had 90 seconds to discuss an ongoing genocide that he wants to help stop. And in that spirit, the discussion continued. Adaktusson opened with his powerful speech and it was hard to argue with him. At the same time, all of my social media chat rooms were driving me crazy. Friends and acquaintances from Syria, Iraq, Australia, Europe and the U.S. who were all discussing the debate as it was in progress. Will the EU recognize and take action to stop the genocide? Will anything substantial happen before the Assyrians/ Chaldeans/ Syriacs, Melkites, Armenians, other Christians and Yazidis, become only history in their native lands?

Many among the chat rooms wrote that their tears were falling while others cited country by country: Belgium, Portugal, the UK, Germany, Romania, Croatia, Hungary, Poland ... We could now hear them use words similar to "genocide" and then hear the interpreters say the same word in English.

"Now, for the first time since my sister was kidnapped and disappeared, and my brothers were killed, I can feel an ounce of joy. Maybe we now will get at least some kind of rectification. Thank the Swede Nuri, I beg you, thank him." These are the words I received via Facebook from a Yazidi. "God exists and he has not forgotten us. Thank the Swedes for their support, thank both the Christian Lars and the other, Bodil! The Swedes have good hearts and are good Christians," a Christian friend from Baghdad wrote.

On February 3rd, the voting will take place in the European Parliament. Where are the Swedish Church and other Christian Swedish organizations that have yet to join in the fight? Other Christian organizations in Europe? Are you Swedes and Europeans with good hearts? Are you good Christians? How will you help stop this genocide? Does Adaktusson have your support?