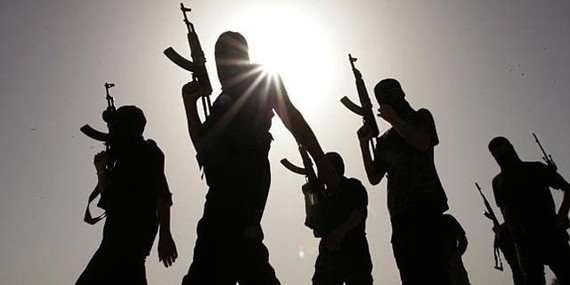 Dr. Zuhdi Jasser, president of the American Islamic Forum for Democracy and a fellow reformist Muslim, has just suggested a new mantra in the fight against terror: "It's the global jihad, stupid."

I totally concur, as a moderate Muslim woman who wrote a book on radical Islam, has taken part in various documentaries, penned numerous op-eds on the issue, and toured Pakistan, parts of the Middle East and recently Europe (in fact last week I was in Berlin at the exact spot where the terrorist struck) - all in search for the root causes of radicalization.

What I found is simple: the Islamists are waging a global war - a global jihad - against the West.

We can call it a clash of civilizations; a third world war; we can listen to endless analysis given by so-called experts who cry "racism" or "Islamophobia," we can disguise the real issue under the umbrella of political correctness, or hide behind a victim ideology - but that does nothing to change the reality.

The reality is: this is a global jihad and its target is the West.

When the radical Islamists tell us it is a jihad, while they are killing us, why are Western governments and media seemingly unable to accept reality for what it is?

The answer to this question is simple, not stupid, if we only take a moment to clear the cobwebs, to get over our Western liberal guilt and take a close hard look at where we are.

Western governments have been taking advice from Muslim advisors who are linked to the Muslim Brotherhood. And law enforcement agencies are aligning themselves with organizations that have subversive agendas.

Take a look at Mr. Obama's invitees to the White House for Ramadan and Eid celebrations - they're certainly not reformist Muslims. We have Keith Ellison making a run for the DNC. In Europe we see Tariq Ramadan (grandson of Hasan al Banna) posing as a celebrity and a voice for European Muslims, and organizations like CAIR in Canada and USA insist that they speak for all Muslims.

Now that Donald J. Trump is officially the President-elect of the United States, moderate Muslims like myself are hoping he changes course and refuses to surround himself with radical Muslim advisors, or members of the so-called "Islamophobia Industry" - who actually have the nerve to call real moderate Muslims - like me - an Islamophobe.

The politically correct status quo, and ominous silence on the issue of global jihad, will only give us more terror and mayhem. We need change. Whether that means pausing immigration from terror-producing countries or "extreme vetting" of new immigrants, let's not be afraid to have the conversation.

Let's not be afraid to use our common sense. And let's have the courage to call it what it is:
It's a global jihad, stupid!