Labor Day and the anniversary of Poland's entry into the European Union, Polish Flag Day, and the anniversary of the May 3rd Constitution; from Sunday to Tuesday (May 1-3) Poland celebrates these three important holidays. These days on the streets of Gdansk white-red flags are displayed along the streets and in private home windows, and the city itself is illuminated in white and red. 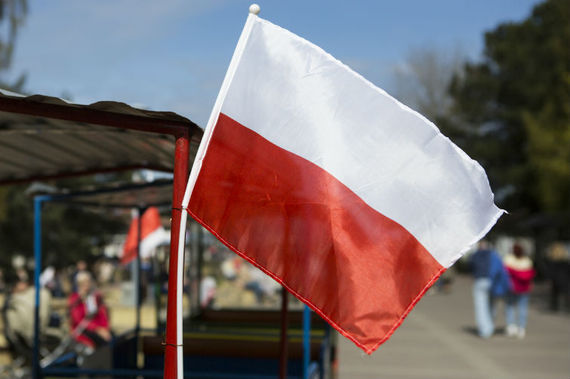 This special night illumination has already become Gdansk tradition. During the long weekend in May the city residents and guests are greeted by white-red illuminated Monument to the Fallen Shipyard Workers, some more spectacular bridges and the King John III Sobieski monument in the city center.

It's a 12th anniversary of Poland's accession to the European Community. Benefits of our membership in the Union are of a political, economic and social nature, and greatly outweigh any possible losses. The integration allowed the citizens to travel freely(without border controls), settling and working in different member states, export our products and invest abroad. Through a substantial increase of imports and foreign investment, it has improved the quality of life and an opportunity to get closer to the European standards in the field of internal security, labor, health and education. 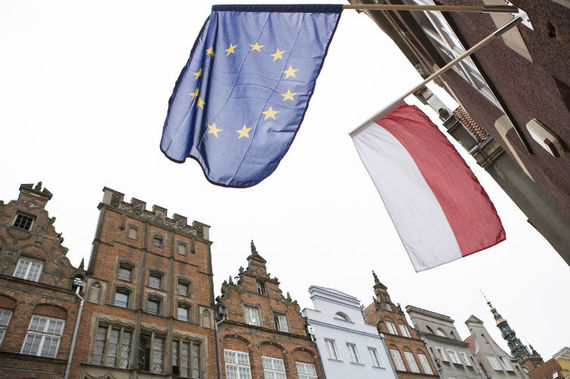 2nd of May marks the relatively new holiday - a Day of Polish Flag. A national holiday but not a public holiday. Why on that day? There is a reason. During the communist times all cities were decorated with red and white flags for the celebration of 1st May. But there is a Constitution holiday on 3rd May which was not accepted by the communists and for many years it was banned. That was why all the flags for 1st May celebrations had to be taken down by 3rd May. Leaving a flag up that day could bring serious trouble. This holiday has been re-instated and was declared official in February 2004 by the Polish Sejm. It awakens patriotism among the Poles and in Gdańsk is marked by patriotic concerts and shows.

This year marks the 225 anniversary of the Constitution of May 3.

The Polish Constitution of May 3rd, or the Government Act of 3rd of May - adopted on 3 May 1791, is generally accepted as first in Europe and second in the world (after the American Constitution of 1787). It was designed to eliminate the long-standing defects based on free elections and nobility-based political system of the Republic of Two Nations (Poland and Lithuania). The Constitution changed the country's political system to a constitutional monarchy. Beloved by Poles, it was forbidden during the socialist period (1945-1989). However, even in those times, the democratic opposition activists illegally summoned independently-thinking crowds to the King Sobieski Monument. There we sang songs, delivered and listened to speeches, prayed together. Today the same songs will be heard as those, which accompanied these May meetings for decades.

Here are the words of a well-known May hymn:

Welcome May, 3rd of May, a blissful paradise for Poles...