"It's A Wonderful Life" is considered one of the most beloved, family friendly Christmas movies of all time. But back in 1946 it was also a tad controversial. The original script's use of the term "impotent," its references to God and even some very mild sexual innuendo were forbidden by the Production Code office.

In a letter unearthed by The Academy of Motion Picture Arts and Sciences and dated April 22, 1946, censor Joseph Breen told RKO executive William Gordon that a host of changes needed to be made to the script before the Frank Capra film was given approval. Breen cited specific phrases ("I wish to God") and sequences as problematic. "Please omit the expression 'All night' in Violet's line, 'I was out all night last night,'" Breen wrote. "There should be no flavor, of course, that George is trying to proposition Violet." 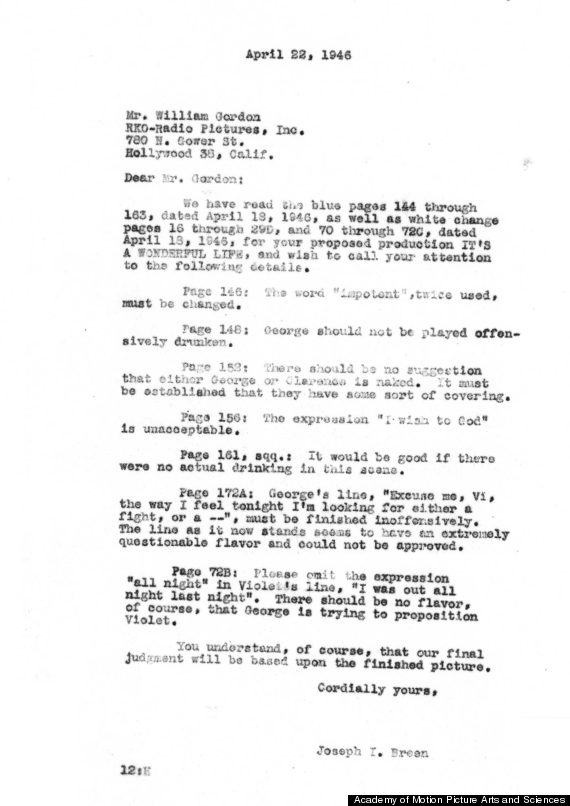 Other words banned from "It's A Wonderful Life" reportedly included "jerk" and "lousy." Fortunately, "Zuzu's petals" made the cut.

For more on "It's A Wonderful Life," head to the AMPAS website.

Entertainment It's A Wonderful Life 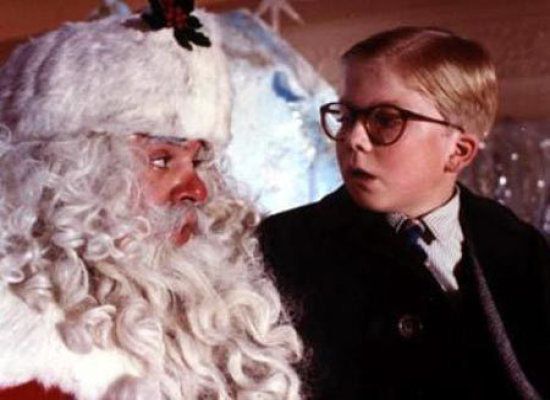 1 / 16
A Christmas Story (1983)
Perhaps one of the only films given an annual 24-hour marathon, "A Christmas Story" is still fresh even on hour 20. Did you know they now actually make <a href="http://www.amazon.com/Christmas-Story-Deluxe-Large-Lamp/dp/B000VX16UY?tag=thehuffingtop-20">the leg lamp?</a>