Just before the holidays I had coffee with Anne, an ex-MBA student running a fairly large product group at a search engine company, now out trying to raise money for her own startup. She had an interesting insight: existing content/media companies were having the same problem as hardware companies that rarely made the leap to new platforms. And she had a model for a new media company for mobile and wearables.

I thought we were going to talk about her product progress, so I was a bit taken aback by her most pressing question, "Why is it so hard for a woman to still get taken seriously by a venture capitalist?" 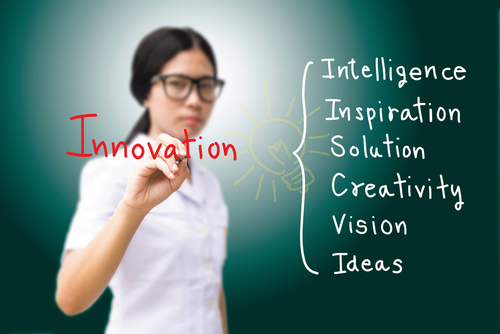 I had lots of answers, but none of them good enough for either of us.

I had a better one when I came back from New York.

I was in New York last week teaching my annual 5-day version of the Lean LaunchPad class at the Columbia Business School. We had 130 students in 30 teams who got out of the classroom and did 2154 customer interviews in 5 days -- a remarkable effort for 120 hours. Their amazing Lessons Learned presentations can be seen here.

The Columbia Startup Lab is in a building completely taken over by WeWork -- a company that provides co-working spaces in 12 cities worldwide. I wandered through four full floors of SohoWest WeWork sticking my head into the random startups' offices.

Looking at office after office of startups a few things stood out.

This last point is definitely not a data-driven survey. However after spending a week teaching 130 entrepreneurship students, ~35% of them women, and then walking through ~100+ WeWork and TechSpace offices in New York, I get the impression that the number of women leading startups in New York is much higher than in the San Francisco Bay area.

When I mentioned this to my friends running the NYU and Columbia entrepreneurship programs, they looked at me like I just discovered that it gets dark at night. Their answer seemed to make sense: a higher percentage of startups in New York are focused on media, fashion, communications, real estate, financial tools - all the products of industries centered in NYC - and all are attempting to disrupt them with products that run on and are delivered by 21st century platforms. (Think of what Refinery29 is doing to Conde Nast.)

These are industries where women have had a history of leadership positions and more importantly, where young women entrepreneurs can find role models and mentors as their male counterparts do in Silicon Valley's tech-centered, pay-it-forward culture.

This raises an interesting question: is the credibility of female entrepreneurs in the eyes of New York VC's something about the venture firms, or is it about the industries they are funding?
One can make the case that New York venture capital industry is rooted in the 21st century not the 20th. While some venture firms have been around for awhile, perhaps the newer partners have a different model of what a successful founder looks like than their West Coast peers.

Or perhaps it's as simple as New York VC's are funding startups that play on the disruption of New York's key strengths in Media, Fashion, Finance and Real Estate, and the women founding New York startups have an existing track record in those industries, and pass a gender neutral "VC credibility" bar.

Correlation does not imply causation

Those bemoaning the dearth of women founders in Silicon Valley might want to see if there is a real disparity between the coasts or if it is just my selection bias?

---
I sent Anne, my student, an email when I returned, "You may want to take a trip to NY and pitch some of their VCs."