Reading the obituaries for Marco Rubio's political career, it's clear that pundits will judge the junior senator's fatal misstep to be his quick turn on Donald Trump -- five days of trash-talking that ensured his Super Tuesday swoon. 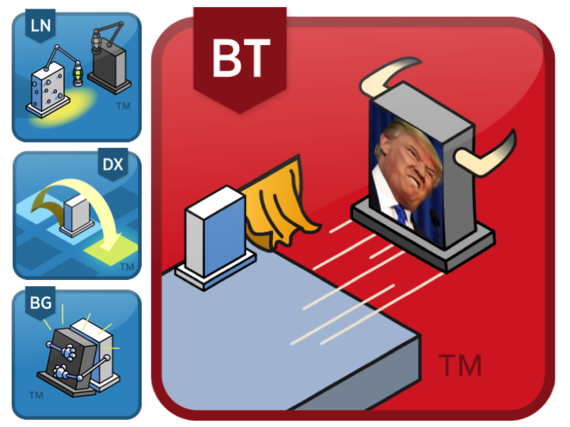 Rubio's overarching play was a preemptive strategy recognized in The Standard Table of Influence as the crazy ivan. It's named for the rushing maneuver made famous in Hunt for Red October. Which is fitting. Marco knew he was being hunted. Chris Christie's kamikaze call outs planted the seeds of his destruction. And Trump's killer sound bite, Little Marco, was a text book label, the framing play that sticks to and suffocates its targets.

It's reasonable that Rubio thought to go on the offense. But the moral to this story is that competitive communication is not a binary sport. Marco over-reacted. There were a few plays he might have considered between the high-risk crazy ivan and pedestrian recasts, filters, screens, fiats, challenges and peacocks that typified his campaign.

As I've observed many times, mostly recently in this post, the influence strategies that Trump-haters have ignored are those of the counter-intuitive type, most especially three whose core purpose is to freeze a marketplace discussion: The lantern where weakness is volunteered, the disco where a concession is strategically offered, and the bear hug where agreement is heaped on another, usually a rival. Each requires the disposal of ego. But imagine if Rubio had countered his critics like this:

LANTERN I could never run a business as well as Donald. As most know, I could take a few lessons in finance.

DISCO Chris Christie's right about my repetition. It sounds and comes across as robotic. I'm so focused on replacing Obama that I forget who's trying to replace me!

These plays, run with these words, would have entertained the media, disarmed his attackers, and burnished an authentic and presidential bearing. But like Rick Perry's trumpism tirade and Mitt Romney's fatherly rage, Marco didn't know the value of strategic recognition. Imagine, too, if Rubio were to follow his lanterns, discos and bear hugs with a fourth play, the provocative bait? Instead of teasing Trump about his hands, hair and manhood, he might have thought to accelerate the blather and deepen our understanding of the billionaire.

Corporations are likewise loath to use such strategies. They adhere to folklore myths: Never mention the competition. Always take the high road. Never give a rival credit. It's a pity and an opportunity that so few CEOs and politicos are versed in the plays that can profoundly advance a player's position.

Note to Hillary and Bernie...What Rubio, Perry, Romney and all the rest should do, and do now, is this: Draw the arc of where Mr. Trump wants to take us and bring detail to the thin resume he markets. Instead of rejecting his bombast encourage it. Instead of suppressing his storyline explore it.

After all, if Donald Trump is such a danger, we should want to know more than less. And if party elders are so sure of his destructive potential the rest can surely be helped to see it. Perhaps, too, by these means his lathered base might see for themselves the Trump that is them.