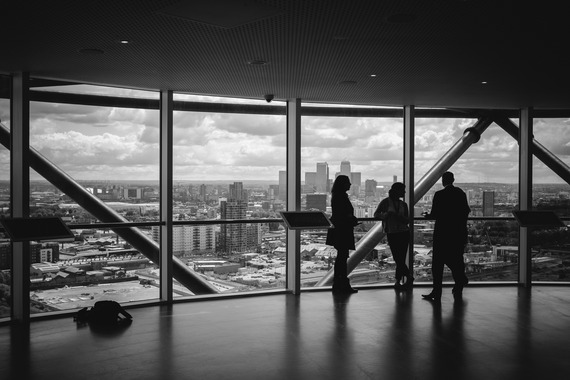 The situation is dire: We must make our society safer for transgender individuals. A staggering 72 percent of the victims of hate violence homicides in 2013 were transgender women, according to data from the National Coalition of Anti-Violence Programs, adding that transgender women are 1.8 times more likely to experience sexual violence than cisgender women.

In our desperation to tackle the crisis described by these numbers, it's crucial that we linger for a moment on a point that is, perhaps surprisingly, pretty optimistic: We're making progress.

As a social equity scholar it was great to witness 25-year-old former White House intern Sarah McBride address the Democratic National Convention, thereby becoming the first openly transgender person to address a major party convention. We saw the summer Olympics in Rio de Janeiro allow, for the first time, the participation of transgender athletes who have not had gender reassignment surgery. The DNC and the Olympic games, in other words, are offering their not-inconsiderable platforms in the service of bringing attention to transgender equality. We need to linger on this fact, so that we can make sure it keeps happening.

Given the stark difficulties that transgender people continue to face, it's important for these voices to continue to speak their battles and reflections into our culture's megaphones. All one needs to do to understand the value of prominent transgender voices is look to the example of Caitlyn Jenner's very public transition. Her announcement sparked an occasion for education about trans issues, it widened tolerance as people considered a perspective they may have never heard, and, yes, it led to a fair dollop of hateful backlash - this, unfortunately, is something that comes with bona fide cultural shifts in the right direction.

Of course, giving trans people a platform is not an end in itself. The point of the platform is to lead to a real expansion of rights and understanding that measurably makes lives better. It's not enough for candidate Hillary Clinton to feature McBride at her convention. Unless future President Hillary Clinton goes on to fight for trans equality, McBride's appearance is nothing but rainbow-colored widow dressing. Similarly, corporations and other organizations looking for reputational boosts by advertising efforts to diversify their workforces need to follow up with internal policy changes that actually - and here's the hard part - lead to more hiring within the trans community, where unemployment rates are double those for our country's population as a whole.

And here's where we come back again to optimism: The companies and managers that are making moves beyond marketing are making a real difference. In response to the bathroom bills and other anti-LGBT bills that spread across 21 states, mainly in the south, this year, major businesses like PayPal helped throw their weight around in an effort to pressure the law out of existence. PayPal, for instance, canceled a $3.6 million investment for a global operations center in North Carolina that would have come with 400 jobs. Activism must take many forms.

At the same time, this is not a time to get complacent. We have a long way to go. We have seen progress, and giving transgender individuals a more prominent voice within society is key. But we also have to act with the promises that come with the offer of the platform. These struggles are everyone's struggles, and they will continue to be until we've achieved an inclusive society.