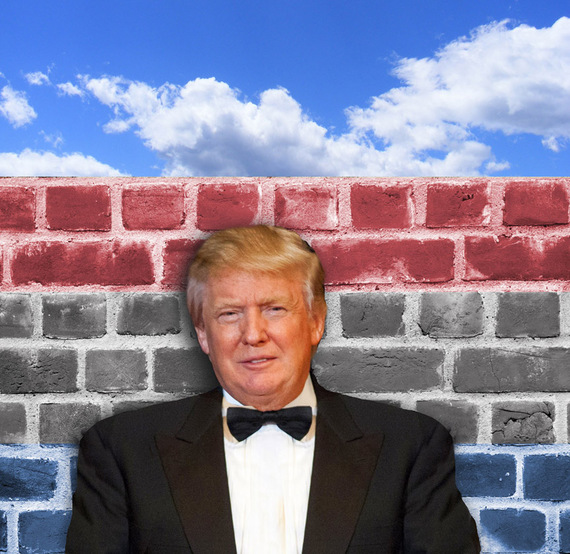 This piece was inspired by Ezinne Ukoha, whose story, "If I Were a Racist Bastard, Trump Would Be My Obama," published on Medium. com, is absolutely terrifying in its laser sharp assessment of the emotional temperature of our country.

When I think of the possibility of Donald Trump becoming our next president, I want to cry with fear, sorrow and rage.

I sobbed with joy when Obama was elected. It was the first time in so long that I was proud of our country and its choices.

Obama has accomplished an enormous amount in eight short years, especially considering the cluster-fuck he inherited from the most embarrassing excuse for an American president that I have witnessed in my lifetime.

What seemed like a slim thread of hope with Obama's nomination turned into the greatest promise our country ever encountered and the idea that this erudite, brilliant, elegant, forward thinking man could be our first black president intoxicated me.

When Obama was elected, I was thrilled that American children of color could finally latch onto something tangible when their parents told them, "You can do anything you set your mind to. You can be President!"

The thing I've noticed about a lot of white people is that we want everyone to be equal and we want diversity -- just not so much diversity that we are in the minority.

I think it is natural to cling to the familiar. After a lifetime of being the racial majority, it feels strange for me to be the only white person in a crowded room. I am fortunate to have the awareness that this is what it is like for people of color all the time.

Growing up without positive societal mirroring is an insidious form of oppression.

Perhaps what separates me from many other white folks who take that unfamiliar, uncomfortable feeling and turn it into bitterness and hate is this:

1) I was raised in Los Angeles, a multi-cultural city where diversity was not strange or foreign

3) Though I look like a WASP, I am a second-generation Jewish Hungarian. My great-grandparents, many aunts, uncles and cousins were exterminated in the Holocaust.

My mom remembers the day the letter from the Red Cross arrived to inform my grandma of the deaths of her parents, siblings, nieces and nephews. Understandably, my grandma took to her bed for several days. I can't imagine that she was ever the same.

The pall that the holocaust cast did not end there. I felt the dark shadow of it over my mom and my family throughout my childhood.

There is now an area of study about the effects on the descendants of Holocaust victims and it proves there is a profound impact.

Can the effects of slavery and genocide on blacks in America have any less impact? I sincerely doubt it.

I mentioned I look like a WASP, because that has given anti-semites a sense of permission to make disgusting comments in my presence, thinking since I wasn't Jewish I wouldn't care, though I would even if I weren't Jewish.

The feeling of humiliation when I hear these remarks is so visceral, I cannot explain where it comes from. As a child, my shame was so deep I remained silent. As an adult, I must speak up to save and restore my dignity and integrity.

The fact that Trump out of hand dismisses entire ethnicities and religions and says he wants to keep them out of America because they are a threat, feels dangerously familiar to me. Maybe I'm just overly sensitive because I never got to meet the half of my family that was exterminated because they were considered a threat to Europe at the time.