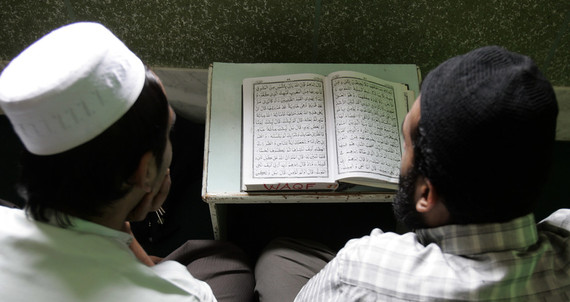 A new study of attitudes towards al-Shabaab in Kenya has found no evidence that terrorist violence is directly driven by religion. Instead, al-Shabaab - the Somali-based terror group that has wreaked deadly havoc in Kenya - exploits perceived historical, social and political grievances and draws on extreme interpretations of Islam to craft its propaganda narratives.

This conclusion is confirmed by several related studies on violent extremism in Africa and elsewhere in the world.

The findings of the study in Kenya also showed that different situations throw up different reasons for why alienated people resort to violence. This is evident in the areas in which the field work was done. This ranged from the Majengo and Eastleigh areas of Nairobi, to Garissa in the east and Mombasa in the south. Each has concentrations of Somalis.

The study entailed a series of individual discussions, 200 focus groups and 30 in-depth interviews. The interviewees included community leaders, religious figures, ex-combatants, academics and members of civil society. Some were sympathetic to al-Shabaab while others were strong opponents.

The goal was to assess attitudes towards al-Shabaab. This was based on the premise that the success or otherwise of rebel groups is significantly dependent on community support. Thus efforts to counter them require the trust and participation of local communities.

The findings indicate that there's no single pathway to violent extremism, which is a complex psycho-social process. And mainstream Muslim and Christian leaders expressed the common view that Jihadist Islamic extremism is as far removed from mainstream Islam as the heretical neo-Calvinist support for apartheid was from mainstream Christianity.

These leaders cautiously supported the use of force by the military and police against al-Shabaab, its suspected sympathisers and other perpetrators of unrest. But they also insisted that without a change in social conditions and the involvement of people in government programmes the present conflict is likely to intensify.

The case study was conducted between June and August 2016. It involved researchers from the Nairobi branch of the Life & Peace Institute and the Institute for Justice and Reconciliation in Cape Town, with the support of Georgetown University.

Kenya has been subject to deadly attacks by al-Shabaab. These include the 2013 attack on Nairobi's Westgate Mall, in which 67 people were killed. The 2015 massacre at Garissa University College claimed 148 deaths lives.

The Kenyan government has cast suspicion on the concentration of Somalians in the country. Many regularly cross the extended and porous border with Somalia. It's against this backdrop that Kenya has announced plans to shut down Dadaab, the largest refugee camp in the world.

There's no evidence that the terrorist violence is driven directly by religion. Religious radicalism is an offspring of deprivation, alienation and despair by people who find options for improving their lives increasingly difficult to come by.

Talking to poor and desperate people living in camps and on the edge of mainstream Kenyan society, it became clear that many of them are torn between support and rejection of the use of violence to bring about change. This vacillation makes them vulnerable to recruitment and radicalisation by preachers and imams.

A myriad of factors merge to create an environment conducive to the spread of extremism, especially among young people. These included corruption and government failure to provide essential services. In addition, respondents mentioned:

Even so, only a minority of respondents showed open support for al-Shabaab. They attributed their support to a lack of opportunities to live a purposeful life or to overcome their loss of human dignity.

This indicates that the narrative perpetuated by some in the West - such as US President Donald Trump who attributes violence to Islam and the promotion of sharia law - is not shared by most local residents.

Respondents ascribed violence in Kenya to a range of different factors. These include al-Shabaab, the police and military, gangs and splinter groups within both al-Shabaab and government agencies.

Only in Garissa did interviewees specifically identify al-Shabaab as the major source of their insecurity. No doubt many still had the 2015 local campus massacre vivid in their minds.

But in Mombasa, for example, respondents pointed to a link between radical Islam and independence movements such as the Mombasa Republic Council. The interviewees also identified specific mosques and preachers that teach interpretations of Islam that promote violence. Copies of these sermons are available on internet forums and on CDs distributed at markets and youth gatherings.

Importantly most respondents said they were reluctant or afraid to report crimes committed by the police or anyone else to the authorities. Their reason was fear of revenge from al-Shabaab, rebel gangs or the police.

For those who have experienced harassment or extortion at the hands of local criminal gangs, the police or an extremist group, cooperation with al-Shabaab tended to be seen as an avenue for self-defence and revenge.

The interviews indicated that al-Shabaab's recruitment programmes vary from "casual encounters" to requests by an undercover al-Shabaab agent for a limited "favour" to invitations to become involved in a community project.

These initial contacts would later be followed up with meetings designed to draw recruits deeper into al-Shabaab activities. The decision to pursue the relationship further was often motivated by fear of exposure to the police, the threat of abduction and reprisals against family members.

Al-Shabaab feeds off particular security fault lines, specific causes of popular discontent and the inevitable irritations and weaknesses that characterise living with internalised alienation and despair. The misreading of these feelings often contributes to the deepening of extremist positions that the local authorities and the international community are unable to understand.

This indicates that more attention needs to be given to community based voices in the assessments of violent extremism. But these voices continue to are underrepresented.

New options for countering the violence perpetrated both against alienated people, as well as between alienated people, need to be devised. This is needed for the sake of those living on the margins of society. It's also required for the middle and upper class people, who are likely to become increasingly vulnerable to the anger of desperate people - many of who are looking for no more than a space within which to survive.