Forty-five years ago, the first Earth Day spawned great progress for our air, water and natural areas. The day activated millions of Americans, brought together political leaders of all stripes, and led to the passage of the Clean Water Act, the Clean Air Act, and other bedrock environmental laws. Today, the annual day of action for the environment still inspires more than 1 billion people across the globe.

This Earth Day while celebrating our big accomplishments, we also need to think about something small: the honeybee. Though less than an inch long, the tiny honeybee has major implications for our food supply. In addition to providing us with honey and aiding the beauty of our gardens, honeybees are responsible for pollinating an estimated 71 percent of the world's most widely consumed food crops, including almonds, squash, apples, avocados and more. 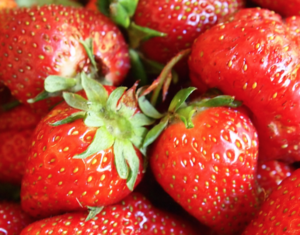 Unfortunately, despite decades of environmental progress, today our food supply and our gardens are in trouble. Bees are dying by the millions. U.S. bee populations have reached historic lows, and we're losing nearly a third of our bee colonies each year -- a rate that more than triples what was once considered normal.

Scientists point to a complex web of factors, including climate change and habitat destruction, to explain the massive collapse of bee colonies here and across the world. But a certain class of insecticides has emerged as a clear culprit. Sharing the same chemical properties as nicotine, neonicotinoids are neurotoxins that can kill bees directly. In addition, these chemicals can disorient them and make it harder for them to get back to their hives. And they can create long-term health and reproductive problems for bee populations. 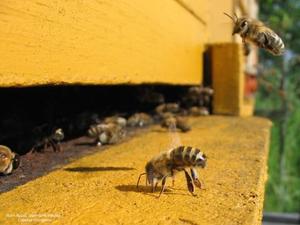 More than 30 lab studies have shown that these pesticides are a danger to bees. Yet nearly three-quarters of U.S. farms are doused with neonics each year, and up to half of garden plants currently sold in retailers Walmart, Home Depot, and Lowes have been pre-treated with the harmful chemicals.

Slowly, that's beginning to change. The state of Oregon just enacted a limited ban on four types of neonics. Major garden-supply retailers Lowes recently announced it will phase out the use of neonics in its pesticides and garden plants. And earlier this month, the U.S. Environmental Protection Agency took a modest step forward when it announced it would likely ban new uses of the pesticide.

But more must be done. And Earth Day is a perfect day for action.To reverse today's alarming honeybee decline, let's all call for governments and corporations to ban neonics. And if you're planting a garden this spring, you also can help save the bees in your in own backyard. Don't use pesticides or plants and seeds treated with them. And whether your garden spans a flower box or your entire yard, include plants that bees love, such as native wildflowers, flowering herbs, and berries.

This Earth Day, let's certainly celebrate our big accomplishments. But don't forget to think of the little honeybee too. Support efforts to ban neonics, plant a bee-friendly garden, and protect honeybees for the summer and years to come so that on future Earth Days, along with celebrating the Clean Air Act and Clean Water Act we can celebrate the revival of the honeybees.