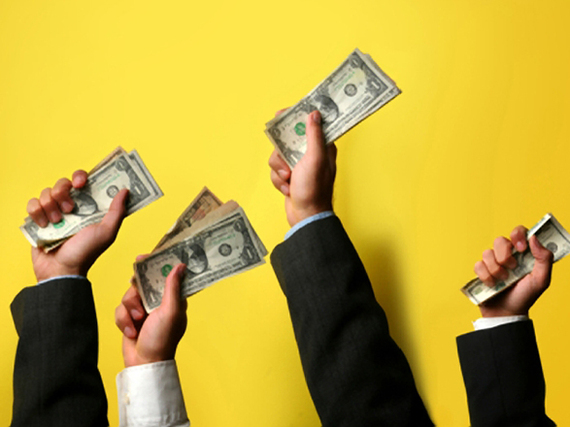 Silicon Valley has so much venture capital right now,
they apparently don't know what to do with it all.

Meanwhile, those of us without an ocean view can tell you that it's slim pickings for the rest of the country.

Last year, 70 percent of all venture capital investment in the U.S. went to companies in either California, Massachusetts or New York. California companies pulled in roughly 50 percent of those dollars all by themselves.

Don't get me wrong, investment in these traditional hotbeds is not a bad thing&#8212far from it. However, we're going to need more robust investment across the entire nation if we hope to address the 30-year decline in U.S. entrepreneurship that has so many economists talking.

As it stands, investment in Silicon Valley has reached warp 9, but it remains difficult for many entrepreneurs away from the coasts to get their hands on venture capital. Even those benefiting from the current trends are beginning to think about the potential risks associated with such feverish investment activity in such concentrated geographical locations.

Many experts are talking about a new speculative "tech bubble" that could eventually burst like it did in the 1990s when the market corrects. Whether you agree with these experts or not, a little bit of diversity certainly couldn't hurt.

So why aren't more Silicon Valley angels parachuting into flyover country to invest their seemingly never-ending supply of capital with entrepreneurs who desperately need it?

If it were only that simple.

It's a basic economic reality that investors cannot be warned, shamed, guilted or coerced into pouring money into another region, no matter how clearly that region needs or deserves it. Like the entrepreneurs they support, investors are persuaded by growth and profit. They are not running charities. The only way to inject capital into a region is to show people with money that they have the potential to make more money in the future.

Silicon Valley's entrepreneurial ecosystem excels in this regard. The region long ago created and refined a climate that allows entrepreneurs and their ideas to thrive. A strong infrastructure, quality mentorship and first-rate educational institutions churning out new talent—they seem to have it all.

Investors see this ecosystem and their eyes fill with dollar signs. They know they can make money because so many others have already done so. The past perpetuates the future, and so on.

In my hometown of Northeast Ohio, it's traditionally been a different story. Our once mammoth industrial engines ground to a halt in the second half of the twentieth century. Our subsequent efforts to switch from heavy industry to innovation-based economics has been laborious and sometimes painful.

We're making a comeback, but investors have not yet been inspired with the kind of confidence that makes them line up out the door to invest in anyone with a decent idea and a business plan.

In the last six months, several prominent tech startups right here in Northeast Ohio have been acquired by large global players. These acquisitions bring cash, jobs and tax revenue to the region, but they also send an important signal to potential investors and entrepreneurs; our startup ventures are capable of making money.

Factor in our inexpensive real estate, our robust fiber optic network and our world-class educational institutions and you have a region ripe for large-scale investment. This is no accident. Economic development groups of all shapes and sizes have been working hard since at least the 1990s to achieve exactly this outcome.

We cannot beg, shame or coerce venture capitalists into putting their money on the table in more diverse regions. But if we stay focused on building our own world-class entrepreneurial ecosystems, we won't have to. It will happen naturally.

That would certainly be good for the Midwest.

It would also be good for the nation.