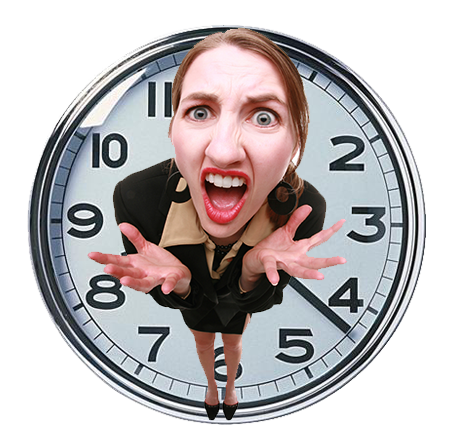 I entered the business world at a time when women were doing so in large numbers for the first time. Naturally, there weren't many women at the top. We women were just entering organizations and professions. It would take time for women to work their ways up. I understood -- it was just a matter of time.

Then I actually thought that, by now, women would be proportionately represented in the upper levels of organizations (a similar percentage at the entry, middle and top levels). That is still far from the case. In the S&P 500, according to Catalyst, women are 45 percent of the total workforce, 36.8% percent of mid-level managers, 25.1 percent of senior executives, 19.2 percent of board members and 4.6 percent of CEOs. Need I point out that the percentage is lower at each level? I feel frustrated. Hasn't enough time passed for women to "work their ways up"?

Recently I shared an epiphany that is also about the passage of time. There is a tension between two views I hold, and I want to bring them together (or at least talk about them in one place). My epiphany was about how the obstacles still faced by women are somewhat understandable in light of the relatively rapid change in the roles and expectations for women over the past 60 years. I focused on "gendered" definitions of leadership and confusion about how women "should" behave - things I now find understandable for people whose formative years were before the mid-1980's.

So which is it? Am I understanding and patient, thinking change has been really fast and hopeful that this is still just a matter of time? Or am I frustrated with how slow it has been for more women to get to the top? Both!

I wanted this change to happen in time to benefit my own career and women of my (Baby Boomer) generation. So I am frustrated that the change is still incomplete. And, as I step beyond my own personal sphere and look at relatively recent history, I have greater understanding, perspective and patience. This doesn't alter my mission.

This change will happen. It is just a matter of (more) time!