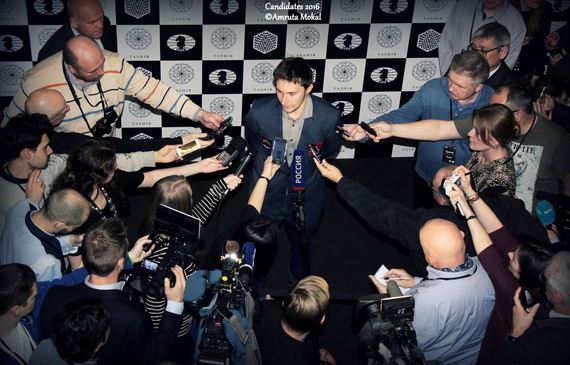 On Monday in Moscow, Sergey Karjakin, 26, was trying to explain to journalists how he won the Candidates chess tournament, an eight-player double-round robin event to determine the challenger for the world champion Magnus Carlsen in the title match in November.

Karjakin's one point victory margin seems large, but the tournament's finishing stage was dramatic and exciting. Three players had a shot at first place. In the last two world championship matches, Carlsen defeated Vishy Anand. At the mature age of 46, the Indian grandmaster and the former world champion was still in the mix in Moscow.

Anand beat Karjakin in round 11 and with three rounds to go he joined Fabiano Caruana in the lead. In the next round Anand collapsed against the U.S. champion Hikaru Nakamura, but he played a huge role till the end. Meantime, Nakamura's countryman Caruana did not take advantage of having twice the white pieces, drew two games and allowed Karjakin to share the lead with him.

As fate would have it, Karjakin played Caruana in the last round. The winner of the game would face Carlsen, but what about a draw? By beating the seven-time Russian champion Peter Svidler in the last round, Anand would have joined the leaders at the top and the tiebreak would go to Caruana. Any other Anand's result would send Karjakin to the match with Carlsen. Pretty much, Caruana had to win. 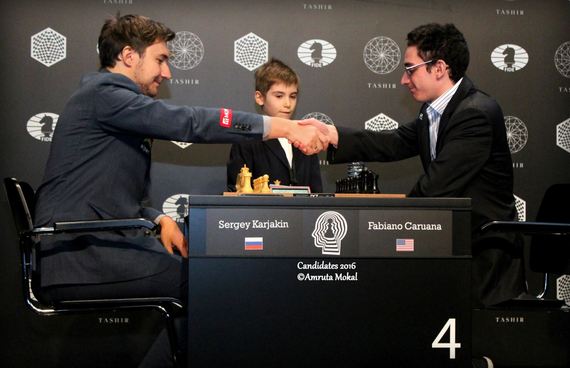 It was a see-saw battle in the Rauzer Sicilian and the American player was able to keep enough material on the board to fight for the win. Eventually, the players reached a critical position after 36 moves. 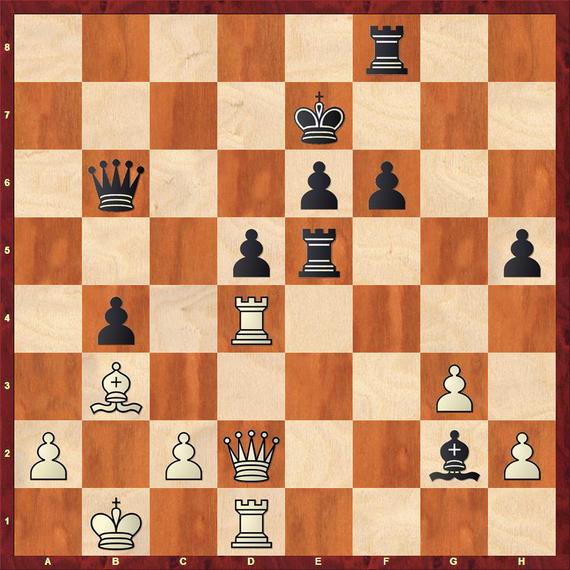 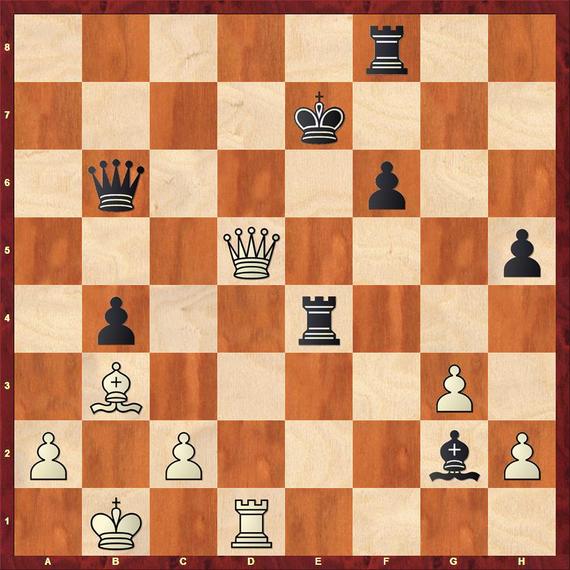 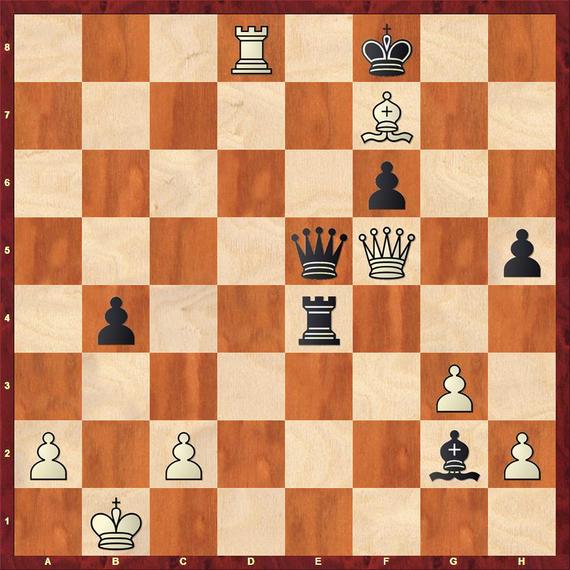 With the victory Karjakin avoided the tiebreak and became Carlsen's challenger. Caruana played a solid tournament, but Anand's results were all over the place. It was expected to be the other way around. The tournament's nestor fought with heart and was again close to qualifying. It is not easy to do at his age. Today, players are double-shifting: morning preparation date with computer and seconds, lasting two to four hours, is replaced by a seven-hour afternoon game. It requires stamina, it needs motivation. Anand was doing it for a quarter of century not only in the Candidates, but also in the world championships of every shape and form. Remarkable, really remarkable. And he often played beautiful chess. Here goes his entertaining miniature from Moscow: 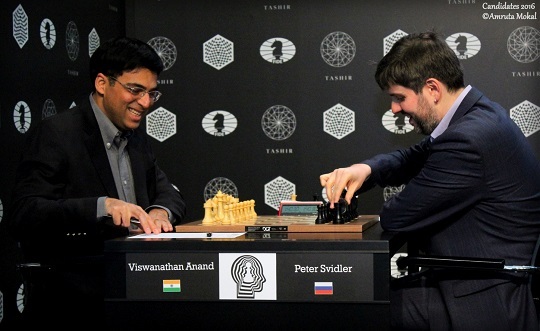 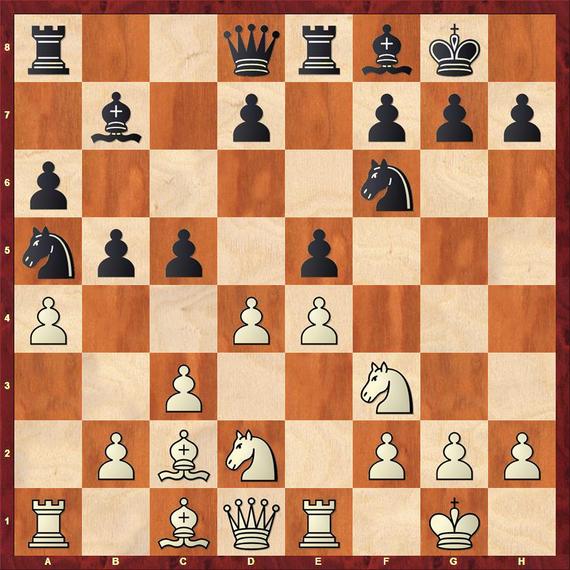 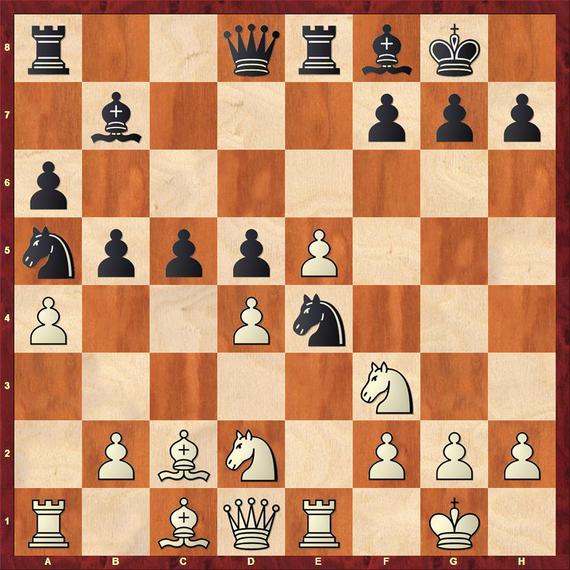 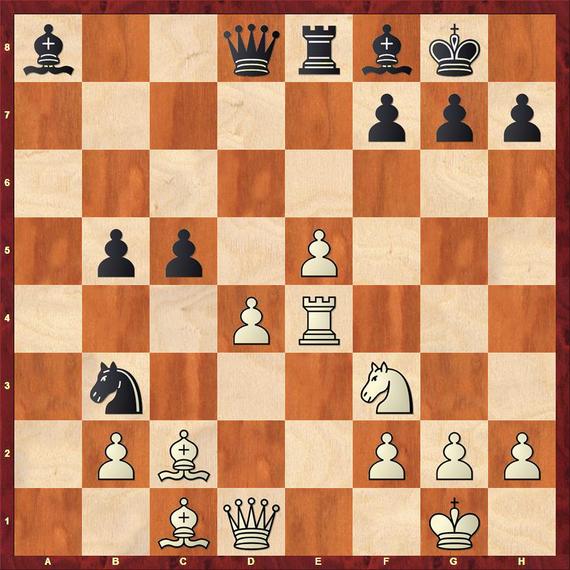 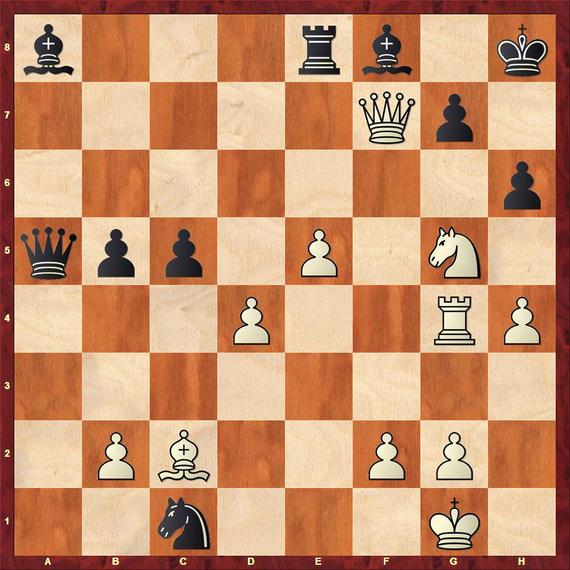 The Candidates have a rich history. Here are some interesting tidbits:

● In the first event in Budapest in 1950 Isaac Boleslavsky shared first place with David Bronstein. Boleslavsky was generous: not only did he narrowly lose the 14-game (!) play-off match, but later allowed Bronstein to marry his daughter.
● The best book on Candidates was written by Bronstein on Zurich 1953, a mammoth 15-player double-round robin lasting nearly two months. The winner, Vassily Smyslov, also won in 1956. He also holds the Candidates longevity record: his first appearance was in 1950 and his last in 1984, playing the final match against Garry Kasparov at the age of 63.
● Bobby Fischer was the youngest candidate ever at 16 in 1959 and he had the best overall score in 1971.
● When Mikhail Tal won the Candidates in 1959, the eight grandmasters played four times against each other - 28 games in all. It was the same in Curacao in 1962, where Fischer complained about the Soviets playing against him as a team. As a result, the Candidates changed from tournaments to matches.
● Boris Spassky already played in 1956, but had two incredible winning performances in 1965 and 1968. Viktor Korchnoi twice shined in 1977 and in 1980.
● Anatoly Karpov's winning run in 1974 brought him the world title in 1975 after Fischer declined to play him. Karpov also won the Candidates in 1987.
● Kasparov was at first disqualified in 1984 after he did not show up for his match with Korchnoi in Los Angeles, but the match was eventually replayed and Kasparov went all the way to the title match with Karpov.
● By winning the Candidates in Moscow, Karjakin will challenge Carlsen in the world championship match of two players born in the same year (1990).