The best way to start this story is in my car in the middle of a heatwave, while my very pregnant wife and I look for a new house because we have a very real concern that we're about to get kicked out of the place we're currently renting. My air conditioner has a leaf or something stuck in it so depending on how low or high you turn it, it either makes a low creaking noise or a high frequency whine. The only way to get rid of it is to turn it off, which isn't an option. After about six or seven hours, we discover that every house we look at is either out of our price range or not something we'd actually want to move into. We go home and have dinner. In the middle of dinner, I get a message telling me that, to paraphrase, "LeAnn Rhymes has plagarised one of your poems on Instagram."

It's been a long day and I have a strong suspicion I know exactly which poem it is before I even check. Back in 2007, I wrote a poem entitled The Fur on my blog, that reads:

Since then, it's somehow made its way across the world and been tattooed and read at weddings and funerals and spray painted on freeway overpasses. 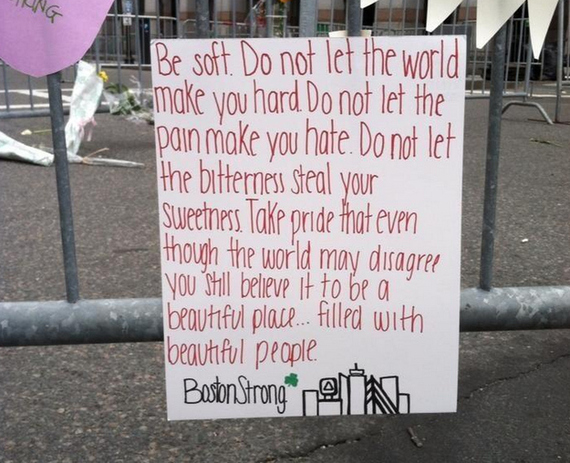 Someone wrote it on a sign at a makeshift memorial after the Boston Bombing. It's pretty amazing. There's a problem with the poem though. For the first few years I wrote my blog, I wrote it anonymously, using the pseudonym "pleasefindthis" -- in fact none of the three books I've published based on my blog have my real name anywhere on them. It's a personal, artistic choice. I wanted to remove myself from the process and make the name on the work a part of the work. Regardless of that, at some point, somewhere on the internet, someone who I have no doubt really liked the quote, decided that it needed to have been said by someone more important and with a touch more gravitas than some, still living, semi-anonymous blogger somewhere. So they picked Kurt Vonnegut. Today, it's everywhere, with his name on it. This is what happens when you decide to take your name off something. Someone else will put one they like on it instead. 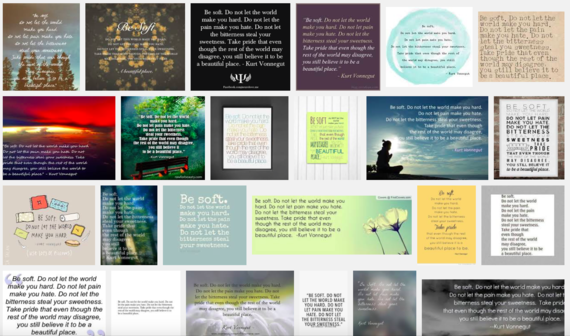 To be clear, LeAnn Rhymes never actually plagarised my poem, she just attributed it to him and it's not exactly hard to see why, if you google the words of the poem and "Kurt Vonnegut." It gets used as blog spam all the time and there are several facebook pages that, even after I've asked them nicely to credit it to "Anonymous," or my pseudonym, or even me, don't bother to reattribute it. Why would they? They've got a few extra likes and a few extra fans for their page or their business, they don't specifically care about who actually said what. 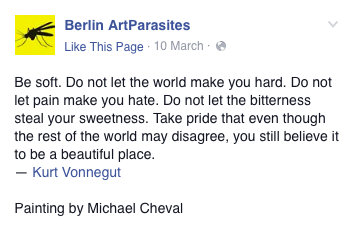 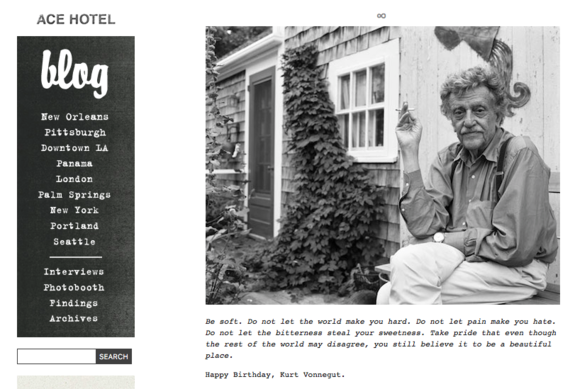 I, despite the soft nature of my personality you may assume based off the poem, do care. I make poetry and prose and that's it. It's the end product of what I do. I give it away for free in the hope that someone, somewhere will buy one of my books and I can use that money to support me and my family. Soon, my poetry and prose will be paying for diapers. So it does get to me.

And it got to me that night and I was, for want of better words, incredibly abrupt to Miss Rimes. Considering how often it happens and her ultimate intention, which I'm pretty sure wasn't to plagiarize me, I don't think it was warranted. She fixed it and that should've been that.

Of course, The Daily Mail ran an entire story on it the following day, with Miss Rimes cast as the typical female celebrity who's just too dumb to know who she's quoting because that's the narrative we all know and love. You can practically feel their eyes rolling as you read the article.

The ultimate irony is that The Daily Mail, less than a month earlier, quoted the exact same poem, also attributed it to Vonnegut, and actually used the phrase, "...the words made famous by American author Kurt Vonnegut" when describing it in an article about the funeral of the Eagles of Death Metals' merchandise manager, a tragic victim of the Paris Terror Attacks (where it was misquoted on the back of the programme).

For the sake of my unborn daughter's diapers, my rent and everything else, if you see this poem somewhere and it's credited to Kurt Vonnegut, please say something or just point them to this article.

national poetry monthPoetry For The SoulhuffpoetryPoetrykurt vonnegut
Go To Homepage

Poet and creator of I Wrote This For You.