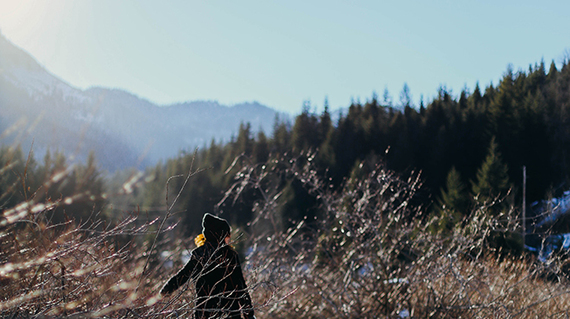 Last week, I sat down to dinner with both of my parents for the first time in eight years. The last time the three of us had dinner was the day they told me they were getting divorced.

I was in college and my mom had called to ask if I wanted to fly home for fall break. I didn't really think anything of it. I was really excited to get out of the snow for a few days, so I said yes. Both of my parents picked me up from the airport and took me to an Indian buffet for lunch on the way home. I ate too much naan and made jokes and completely missed any warning signs.

As I stepped into our house, I immediately noticed the liquor cabinet was empty; not a bottle of alcohol or a wine glass to be seen. When my Dad asked if we could all sit down in the living room to talk, my mind lunged ahead for answers. In split seconds, I reasoned from the empty liquor cabinet that one of my parents was about to tell me they had a drinking problem. I remember reassuring myself "Okay, this is a curve ball, but we will figure it out." As I sat down and braced myself for the news, some very unexpected words came out of my Dad's mouth:

"Ellen, your mom and I are getting divorced."

It turns out the liquor cabinet was empty not because one of my parents had a drinking problem, but because my Dad had moved out and the contents of the liquor cabinet were now in his apartment down the street. He was the wine connoisseur of the family. That made more sense.

But when you're an adult and your parents have been married for decades, the concept of divorce can seem so foreign. You're usually not living at home anymore, so you miss the signs that would have given you a hint. You don't see the interactions and hear the conversations, so you just assume everything is as it was when you left. I had just assumed that my parents would stay together forever because they had made it past my childhood and young adulthood. Divorce was not an option.

I often talk about the romantic breakups that inspired my website Mend, but my parents' divorce was really the most influential breakup in my life. The breakup of my family taught me more about mending and resilience and forgiveness than any loss of a romantic partner ever has. Until very recently, it felt too raw and painful to write about.

Though it was impossible for me to comprehend when it first happened, I can see now that both of my parents are kinder, happier and more authentic now that they've gone their separate ways. As Louis C.K. says, "No good marriage ever ends in divorce." I understand what he means now. I am thankful that I no longer have to manage the tension of a marriage that wasn't working.

And as I learned for the first time last week, enough time has passed where I no longer have to manage the tension of their divorce either. I realized at dinner that our hearts have finally mended. Enough water has flowed under the bridge of life, and enough work has been done individually on all of our parts, where we can now just coexist without feeling pain or anger.

In place of those things, there is just ease. I was so relieved to find at dinner that there was still a chemistry of comfort between my parents that was not erased by divorce; a special connection that exists between two people who made a life and kids together, even if they've since parted ways. I have mourned the loss of that for years, wondering if any of our jokes and shared sayings and old stories would ever be resurrected, but I don't have to pay homage to that gravestone anymore. Our memories will always be there, ready for a "Remember when..." the next time we all have dinner. And it won't be another eight years.

Before we ate, I looked at both of my parents and gave my best effort to deliver a toast. "This is the best gift," I said. I couldn't manage more words for my gratitude, though the occasion certainly deserved them.

So, what did I learn about heartbreak this year? I learned that it is never too late to mend. I learned that sometimes your heart has to break completely apart in order to be whole again. My parents had to get divorced in order for us to be where we are now. All of those cracks and tears have mended to form something better than what was there before; kinder hearts, more compassionate hearts, more authentic hearts. We're all better for it. If you had told me that eight years ago, I would have told you to fuck off. But now, I'm grateful.

Though I know it will be hard to remember this the next time my heart breaks, I will strive to have faith that something better awaits. And that faith is what I wish for all of you in 2015.

Founder of Mend, the app that helps you through a breakup.