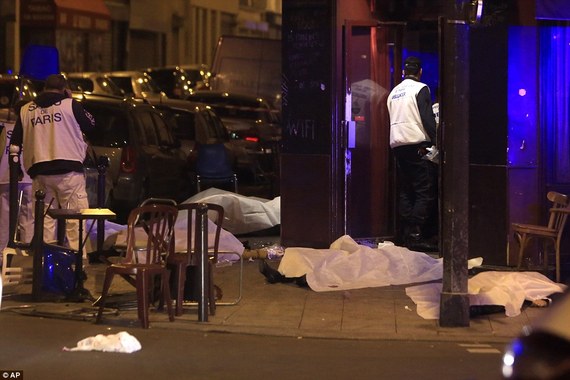 I feel sick to my stomach. The shadow of fear has returned. I'm watching the Twitter feeds and frantically switching from one news outlet to another, in a desperate search of comforting bits.

There is nothing comforting. Paris was the siege of several terrorist attacks leaving many dead and scores wounded -- most likely a lot of young people.

Others were eating dinner while some were watching a football game. All normal activities shut down by totally abnormal behavior and intent. The world is a cruel place a lot of times, but mundane activities usually feel safe.

Now we know how wrong we are. Nothing is safe. As a native Parisian living in the United States, I feel a deep pain for Paris and the French victims tonight.

I left France the first time after the 1986-87 bombings happening randomly in the French capital. I was hurt in one of them, and I said to myself, "That's it, I am leaving." I was living in fear.

Nowhere was safe: going to work, shopping, eating out, subway rides, shopping malls, any place where many gathered, it was as if I was living in a state of constant fear.

Who are the attackers this time, and what do they want? I guess tomorrow will bring more info, and most likely augment the number of dead people.

I knew some of the Charlie Hebdo victims killed 11 months ago. The wounds are not yet closed, and my heart is bleeding again. All my family and friends in Paris are safe. Not everybody can say that tonight.