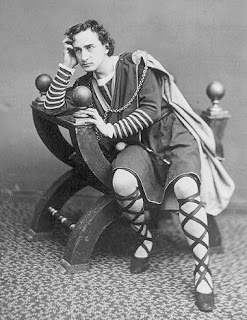 "It's not a rehearsal" has become a common saw, the laymen's carpe diem, a term that's become as popular as a piece of argot as "sounds like a plan." We're all familiar with the expression which is a barely disguised jeremiad urging us to live in the now, to live "a day at a time," so as not to hold back from acting in the present, in the name of some unsung destiny. But actually the expression is a spiritual black hole. The underlying idea is if you're going to die, you'd better live it up. The Japanese film director Akira Kurosawa understood the ambiguity of intention in his movie Ikiru which translates as "to live." Learning that he is dying of incurable cancer, his main character Watanabe, at first has his Faustian Walpurgisnacht in which he indulges the pleasures he's deprived himself of during his life as a bureaucrat. But indulgence is ultimately unfulfilling and the only way he can find happiness turns out to be through helping others (in his case through the creation of a park). Even Epicurus, a philosopher whose name is associated with the senses, argued for the golden mean. So looking at life under the aspect of impending death, which is, according to Heidegger the only way to have an "authentic existence," the individual is actually faced with a choice. If he or she is to live every day as his last, then he has to decide if his or her last day on earth, his or her last supper, as it were, will be an occasion to grab for as much as much material pleasure as he or she can get or an occasion to do something for others. What will characterize the final act of our lives? Gluttony, generosity or something in between?

(This was originally posted to The Screaming Pope, Francis Levy's blog of rants and reactions to contemporary politics, art and culture)