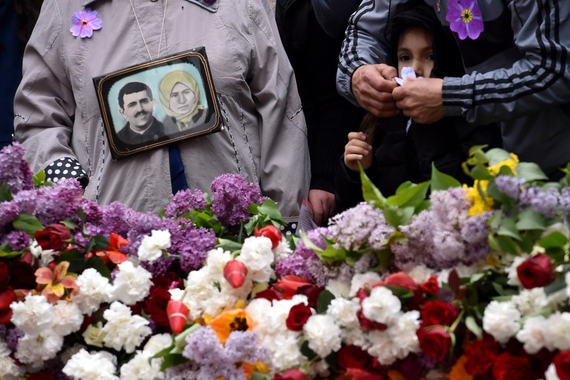 Suzan is a 73-year-old loving and peaceful woman who is from İstanbul. She has been living in the U.S. for more than 35 years. She is a great cook and can cook any kind of complicated dish without using a recipe or measuring cups. Whenever she makes healthy olive oil dishes such as artichoke, fava beans or Noah's pudding, she saves some for me. She is also a very talented seamstress and can sew anything from just a photo.

Suzan loves İstanbul, the city where she grew up, got married and had her children. "İstanbul always finds a way to remind me of her," Suzan says. "İstanbul makes me laugh or shed tears sometimes, and other times makes me mad, sad or joyful." She sure has lots of good memories of İstanbul and of course many bad.

Whenever I visit her, Suzan finds a way to talk about her childhood memories, her wedding and her relationship with her mother-in-law. She was 16 when she got married. It was an arranged marriage. She was a middle school student and one day her future father-in-law saw her on the way to school and thought she was a great match for his son. Suzan's father said "OK" when they came to ask his permission to marry her because Suzan was so pretty and her father wanted to protect her reputation. He said, "You get so much attention on the street, it's better if you get married and become the woman of your house." Suzan had no right to say "No." She says, "I was pure and innocent when I got married but my mother-in-law was never very sympathetic to me." 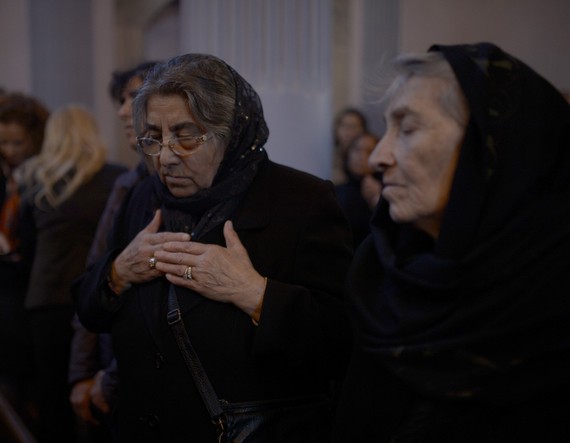 I call her Suzan teyze (aunty Suzan), but her nieces call her Suzan tantik (meaning "aunty" in Armenian). What we feel for her is the same. When her husband, Agop amca (uncle), passed away six years ago, I started visiting her more often to keep her company. Then one day a Muslim-Turkish friend of mine lost her husband, too. When I was going to his funeral prayer, Suzan teyze wanted to come with me to share the pain of the other widow. That day she covered her hair like everyone else when the Quran was recited. We all opened our two hands to pray and cried all together for his soul. Everybody adored her. Then Suzan teyze asked, "Can't we do this prayer for my Agop, too?" We did a couple of weeks later. That day the lady who led the prayer invited Suzan teyze to her weekly conversation group. Since then, for the last five years, she has attended those weekly meetings and she become a "teyze" of a very big community.

Suzan was very busy last week because she helped her Turkish friends make mantı (Turkish ravioli) for the coming Turkish street fair and she'll go to her church tomorrow to make ravioli over there for the Armenian festival.

I said to her: "You are such a peace builder. Everybody admires what you do." Then I asked her what she thinks about the debate caused by the 100th anniversary of the Armenian genocide, U.S. President Barack Obama and the pope's statements and, of course, the meeting between Armenian Prime Minister Hovik Abrahamyan and the Kardashians. Suzan teyze laughed at me and said, "The two nations' destiny is not in between those people's two lips but the people of those two nations."

Then she murmured that Kim Kardashian, who is perhaps best known for her butt, was always a source of shame for Armenians due to her personal life. "But now, with the genocide centennial, many Armenians say nothing matters! How ethical we are in this scenario!" continued Suzan, arguing that it's not ethical to be proud of Kardashian for her involvement in the genocide debate while also harshly criticizing her at other times. 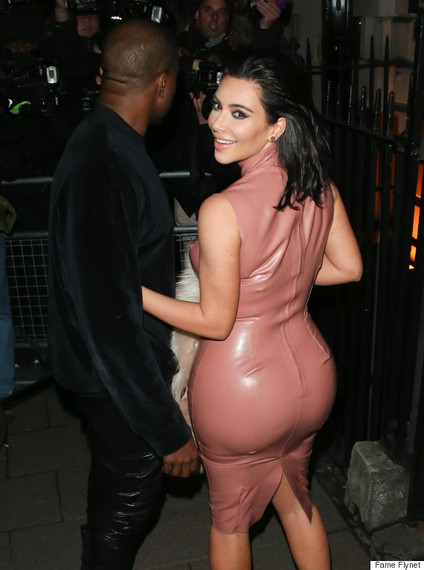 That's so true. For some Armenians, fighting for recognition of the term has become a life goal. After a hundred years of struggle their attitude looks like they are not seeking a solution but a collective identity or source of pride from the "genocide." Armenian author Meline Toumani says in the New York Times, "the Armenians have much to gain by embracing change themselves. Too much of the last century was spent countering Turkey's elaborate machinery of denial. 'Whether' was the dominant question; 'what now?' got scant attention. The next century ought to be one of harder, riskier questions -- not about whether the events of 1915 fit the legal and political definition of genocide, for that question has been answered many times over. But the question of what healing looks like beyond the use of a single word; of how children can be taught about their histories in a way that does not leave them hating the descendants of their ancestors' killers. Of how a country can grow in meaningful ways so that there won't be a Kardashian-size gap in its national confidence. Armenians have lost since 1915: not just people and property, but a kind of existential confidence."

If that is the case, Turkey must be the true agent of change in this conflict. Baskın Oran, a columnist for the İstanbul-based Armenian weekly newspaper Agos said: "Even though he does not approve of the term genocide -- the problem can be solved only if Turkey condemns the violence which took place against the Armenians while the Ottoman Empire was collapsing, shares the pain of the Armenians and apologizes for hiding the truth for ages, grants citizenship to the Armenians who have Ottoman-Turkish ancestors and pays compensation to the ones who lost their property."

Mr. Oran points out that he does not approve of the term genocide because mass killings did not take place intentionally against the Armenians. As proof he emphasized that while Anatolian Armenians were the victims of that mass killing, nothing happened to the Armenian minority in İstanbul at the time. He underlines that everything, including the exile, started after the Feb. 8, 1914 Ottoman-Russian agreement. 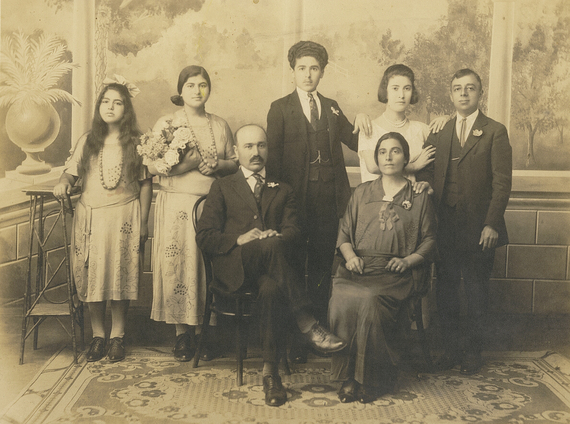 Maybe Suzan teyze's mother-in-law would be more loving if she hadn't been a witness to the massacre in their small village in Yozgat. When Turks attacked the village, her mother hid her on the roof of their house and she watched everything from above. After that she went mute and refused to talk for a very long time, and when she started talking again she never was able to talk pleasantly. How can a child who lost her parents along with her entire village to violence speak happily? That collective stigma has been carried for a hundred years from generation to generation. Isn't that enough already?

The Istanbul-based Turkic Platform hired 500 American dancers and held a dance show at Times Square in New York, in response to the Armenian claims on 1915 incidents, on April 21, 2015 for the 100th anniversary of the 1915 incidents. The idea is sweet. Yet, paid dancers cannot solve the problem. The problem can be solved only Turks and Armenians can create a common ground to establish a platform to dance together.

What will the Turkish government do now? Since President Obama did not use the word, will Turkey forget about everything and act like nothing happened by next April? Or will it try to communicate with the Armenians in Turkey and Armenian diaspora in the world to find ways to heal the mutual wounds? Will Turkey remember Turkish Prime Minister Ahmet Davutoglu's warm message: "[The] Armenian diaspora is not an enemy diaspora, it is ours. We will keep reaching out to them." Or stick with Turkish President Recep Tayyip Erdogan's tune the way he called upon the Armenian diaspora, saying, "Come let's go over the archives. We can assign experts to evaluate all documents, bring your documents. It is not ethical to go traveling around different countries, distributing money, establishing lobbies to carry anti-Turkish propaganda." Time will show us. Nevertheless, let me repeat one more time the problem can be solved only if the Armenian nation and the Turkish nation work together. In the 21st century, and within our communication age it's about time for these two nations to find a way to discuss this taboo. This is a mutual sorrow that needs a mutual solution.

Special thanks to Suzan Eglenceoglu who is the dearest aunty of both Turkish and Armenian communities, to make us believe that peace is possible with dialogue, tolerance and never ending love.