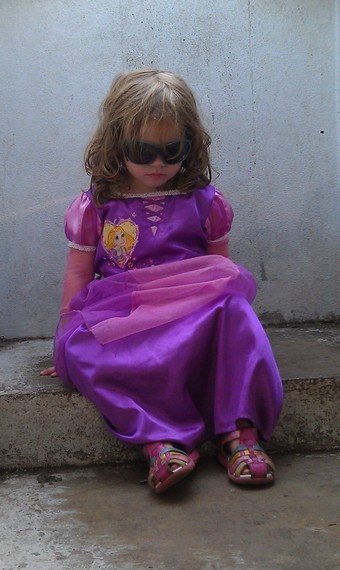 If I had a dollar for every time I said, was told or thought "don't worry, it's just a phase" about my children (or when reassuring friends about theirs), my wife could quit working and we could both stay home full-time. We'd be rich! The bulk of that money, of course, would come from the voice inside my head repeating "itsjustaphaseitsjustaphaseitsjustaphase" while taking deep breaths and willing my brain not to explode.

My kids are six and three and, so far, the times between so-called phases have been shorter than the phases themselves. I've come to the conclusion that it's all bullshit. There's no such thing as "terrible twos" or "threenagers" or whatever pithy nicknames have been given to various stages of life, as children get older but remain impossible to deal with rationally. Children are people and sometimes people are assholes. But when you're a kid, everything is amplified and immediate and you just don't know how to deal. When you're a kid, you have no real power other than being super cute...or being the world's biggest asshole.

But it's not like your kid is a total dick for the entirety of his second year on earth. His dickishness just kind of comes in bunches. So, yes, it's a phase, but another one is right around the corner, so get used to it. 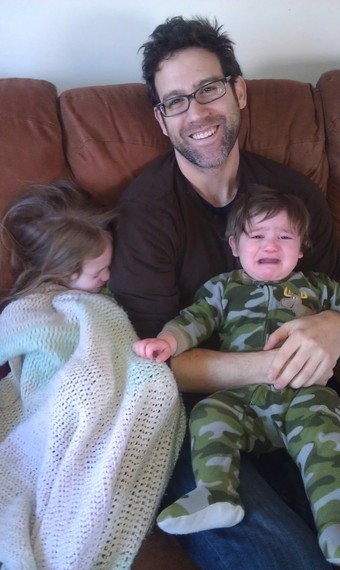 My daughter Penny hit the "terrible twos" when she was 18 months only. She was so advanced! But three was really when the fit hit the shan. Now she's six and as she becomes more educated, both formally and through her limited life experience, she's become an expert. On everything. Sometimes she's kind of right or I'm just too tired to explain why she's wrong. "Because I said so" is the phrase of a lazy parent and one I have uttered all too often.

She's also gone through periods of time that we couldn't have been more in sync. These "phases" don't seem to last as long, but that's probably because I don't really notice them until they're gone. And with two kids, I'm always dealing with someone being an asshole. If it's before I've had enough coffee, it's probably me.

Related to phases, in my mind, are milestones, be they behavioral or educational. At a certain point in your children's lives, it will actually matter who is more advanced and who is falling behind. But not yet. With very few exceptions, all kids will all learn to crawl, then walk, speak, use the toilet, read, tie their shoes, tell time and, god willing, make you a pot of coffee. So what's it matter if your kid is ahead or behind by a few months? In the grand scheme of your child's life, it doesn't.

I decided early on in my parenting career not to get too hung up on how my children compared to their friends. It's tough and sometimes I am completely hung up on how my children compare to their friends. When you have kids, you hang out with people who have kids, and the thing you have in common is kids, so you tend to talk about your kids. It's hard not to brag. Impossible, really. And then there's Facebook, where, if your friends' kids aren't totally wiping the floor with yours, they'll share a story or video about some little shit who is. (Seriously though, this Bruce Lee kid is AMAZING!!!)

Even if you are somehow able to ignore all that (Good luck!), you have the handy dandy "What to Expect" book and its ilk making you feel lousy about your child not hitting all of her age-appropriate milestones right on cue.

So much noise! So much nonsense.

Whether it's a good phase or bad, or your child is ahead or behind his peers, it is important to remember: this too shall pass. Something different is waiting around the bend. Maybe it'll give you a well deserved breather or maybe it'll make you long for those, in retrospect, not-so-terrible terrible twos. Parenting is a see-saw attached to a rollercoaster. It's fun, it's scary and there are gonna be times you just want the sweet relief of vomiting your guts out. As soon as you're enjoying the scenery, just know, shit's about to go down. But, for some evolutionarily biologically masochistic reason, you never want the ride to end.

Enjoy it while you can. Your kids will only be this age once and their childhood is just a phase. 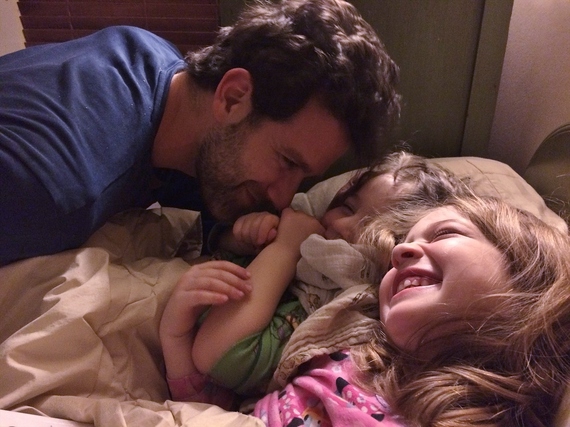 And sometimes it's this. It'll be over in a blink.