To unpack the growing hubbub over the fraudulently named "Cadillac tax" let's lift the covers off the corporate ideology of both the tax and Affordable Care Act it funds, and ask again, why do we continue to cling to a healthcare system premised on profiting off the sick?

Behind the controversy is a fundamental tenet of the ACA over how to shrink skyrocketing healthcare costs, the primary demand of corporate employers alarmed at how much more they pay out every year in health benefits -- one reason President Obama talked repeatedly about health costs harming the economy.

But rather than rein in the profiteering and shameful price gouging by the big drug companies, hospitals, insurance companies and other healthcare industry giants, the main cause of ever rising costs, the ACA "wonks" opted instead to put the burden on workers, families, and patients. 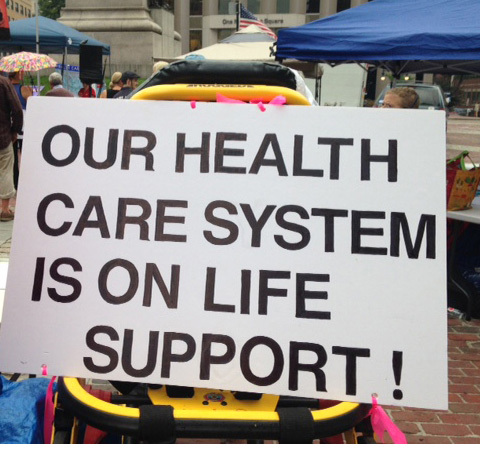 The strategy - accelerating cost shifting, more "skin in the game" in their cynical lingo, also had the effect of pressuring people to skip getting the care they need, even as they were required by the law to purchase private insurance and continue to pay premiums for care they too often could not afford to use. 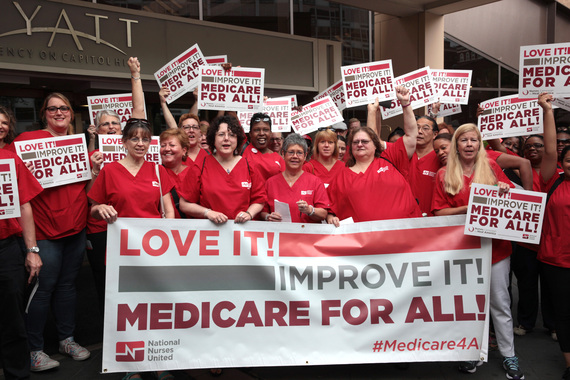 Nurses, more than anyone else, are left to care for the fallout. Patients and families at the epicenter of this calamity, facing bankruptcy or having to choose between going to the doctor or paying for housing, food or other basics due to un-payable medical bills, or undermining their health by delaying needed care due to cost.

A Gallup poll last December found a third of Americans putting off care due to cost, the highest percentage in the history of the poll. Worse still, 22 percent said they are skipping care for serious conditions, such as irregular heartbeats and kidney stones.

As the poll notes, skipping care can lead to much higher overall costs later when conditions deteriorate and are more difficult to treat, not to mention the increased suffering that results.

That's where the so-called Cadillac tax, a central pillar of this strategy, fits in.

The tax is a hefty 40 percent surcharge on the amount of plans above the cost of $10,200 for individuals or $27,500 for family plans. Rightwing rhetoric aside, these plans are not the equivalent of workers wanting yachts, but comprehensive coverage that provides health security for their families usually earned in exchange in lieu of higher wages or other benefits.

It was always evident that employers would pass the tax on to workers, and no one above the age of three years could possibly believes those employers will generously reward their workers with higher pay in exchange. 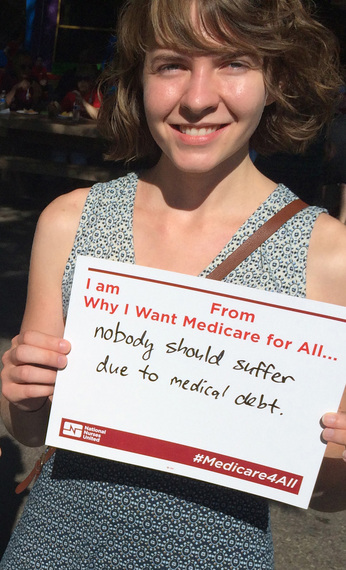 Even before the tax is implemented in 2018, the cost shifting is underway in the form of higher co-pays, deductibles, and other out-of-pocket costs, or workers being pushed into bare bones plans with fewer covered services.

A recent Kaiser Family Foundation survey reported that 13 percent of large employers have already reduced health coverage and more than half are looking into ways to do so. Since 2010, average deductibles have jumped from $900 a year to $1,300; 20 percent of workers, Kaiser found, have a deductible of $2,000 a year or more.

In addition to its ideological role, the tax has another major role. Expanding access, the major political selling point for the law, is achieved mainly through the expansion of Medicaid to the most low-income adults, but also by providing taxpayer-funded subsidies to enable the moderate-income uninsured to buy the private insurance that remain pricey even on the ACA market exchanges.

With its projected $87 billion a year in revenues, the Cadillac tax is expected to be a main funding source for the subsidies. Now that Hillary Clinton has joined Bernie Sanders, and the labor movement, among others, in endorsing repeal of the tax, the subsidies, may well be on life support.

Even more people would risk the penalties and choose not to buy insurance, adding to the 33 million who remain uninsured, and political support for the law would likely crater. No wonder those who have long touted the law, which emerged from corporate think tanks and was first planted by Mitt Romney in Massachusetts, are circling the wagons and scrambling to defend the tax.

And it would bring into sharper focus the still massive failings of a broken, profit-focused system that can only be fixed by enacting a single payer system, most simply achieved by strengthening and expanding Medicare to cover all Americans. 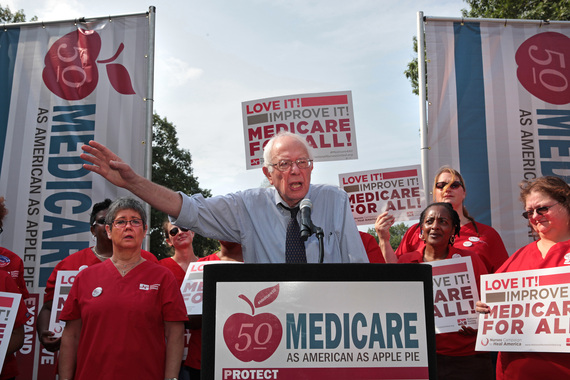 The very reason nurses have rallied behind the candidacy of Sen. Sanders who has not only long called for repeal of the punitive Cadillac tax, but has long been the foremost legislative advocate for Medicare for all.

As Sanders says, in virtually every campaign stop, the time has come "to end the international embarrassment of the United States being the only major country on earth that does not guarantee healthcare to all. To also say that we need to expand Medicare to every man, woman, and child as a single-payer national healthcare program."

Nurses will also never stop fighting to finally transform an inhumane system, and reject the cynical machinations to protect it.