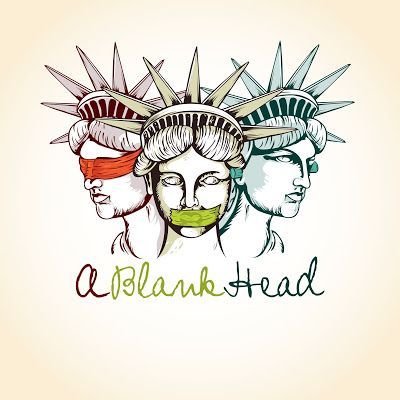 "(A)s is so often the case with outliers, buried in that setback was a golden opportunity...But first we have to be frank about a subject that we would all too often rather ignore." Malcolm Gladwell, "Outliers"

I remember looking out the window of my hotel in Bangkok, Thailand years ago and marveling at the skyscrapers and high-rise stores, shopping centers, and office buildings, with neat sidewalks between the buildings as in any other city.

Then I looked closer and realized those are not sidewalks. They are huts where people live, where very poor people live, mostly the street vendors that line Bangkok's busy streets. These are the people who barely survive on the pittance they earn from international tourists who think it's cool to bargain and pay them as close to nothing as possible.

Just as it was easy to miss seeing those poor Thai people in their huts, it was easy for American elites to dismiss the struggling rural voters. These rural and small town folks didn't fit neatly into the common narrative and "research." We hear them now.

Those people are so angry and hurting - especially since the financial crisis in 2008 from which they have yet recovered - that they slapped "leaders" across the proverbial face with their ballots on November 8th, 2016 by voting for an outsider who would break Washington at its core for president, even if they question that outsider's personal behavior.

By electing Donald Trump to be the 45th President of the United States the American electorate issued "a primal scream," as Republican strategist Steve Schmidt put it on MSNBC the next day, demanding to be heard, respected and served - and no longer dismissed or treated as an outlier in the research. Schmidt said that this vote reflects "a collapse of trust in institutions" of all kinds, and I would add, in their "leaders": business, government, financial, you name it. Trump connected with these folks, heard their scream, responded to it, was lifted by it. (Bernie Sanders heard it too during the primaries.)

But the "experts" and "leaders" missed it completely, including the polling systems. The "experts" created an echo chamber of what they wanted to hear.

Therefore, the over-arching lesson of this election result, in my view, is: It's not what you say or do that inspires people to follow you - or vote for you, become your client, hire you for a job, buy your product, or pass your agenda. It's what you hear that matters, because what you hear drives how you read your audience, and what you say and do in response drives how they feel.

1.Open your eyes and ears to what you aren't seeing and hearing.

2.Notice if they have a different definition to words than you do.

3.Ask people who disagree with you what you're missing. And listen to them.

4.Pay attention to outliers, such as the research that seems like an anomaly, or the voice that is dissonant from the rest.

5.Ask someone to argue the opposite point of view to yours.

6.Catch yourself being judgmental and dismissive - you could be missing something very important.

7.Attend to what you resent and let it go, because it's inevitably in your way, seeping into your communication. Listen to what your audience might resent.

8.Be an active listener, for tone of voice, values, and priorities.

9.Catch yourself when you find yourself tuning out in a conversation, because you might be assuming you already know what they want to tell you.

10.Accept what you don't want to hear. Pay attention to what your "gut" tells you, especially when it does not fit the "data."

11.Challenge your assumptions that underlie your decisions and perspectives.

12.Be wary of market research "summaries" and ask what doesn't fit neatly into their overview.

We tend to dismiss what makes us uncomfortable or doesn't jive with our values or beliefs or assumptions, consciously or unconsciously. Just look at the 2016 U.S. election.

But that's what we need to listen to most keenly, especially when they make our stomachs churn, or we find ourselves saying "that'll never happen." We have to make an effort to clearly see things that make us want to avert our eyes. That's how we connect with our audience or market.

So, it's not what you say that matters; it's what you hear.

What are you not hearing?

Joan Michelson is a Communications Consultant, Speaker and Host of the acclaimed podcast Green Connections Radio, chosen as one of the top six podcasts for business travelers by USA Today. Listen here, on iTunes, iHeartRadio, TuneIn or Stitcher. @joanmichelson