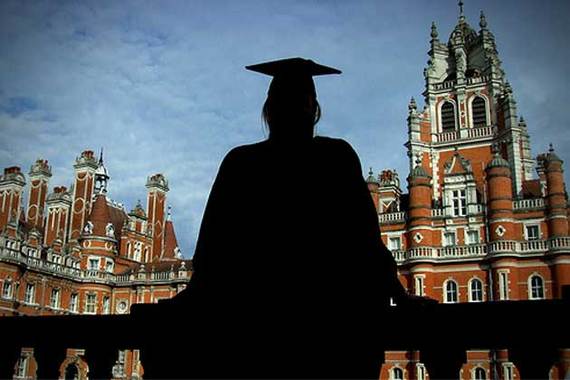 Technology has always been a constant factor in the evolution of education: teaching and learning.

From cave painting to the Greek academies to the invention of paper, from chalk to electronic stylus, from lectures to interactive videos, the social forces inherent in our very DNA have pushed the sharing experience that is at the core of good education to new heights and continues to do so.

Watch The History of Technology in Education.

Yet, there is another constant that defines education and that is the quality of the experience, which includes the content, the venue, the challenge, the presentation itself and ultimately the takeaway -- the end result.

My fear, as expressed many times in my writing, is that, when it comes to education, too often we let the digibabble forces of technology take hold of our teaching initiatives, and in the name of the gods of progress, we leave behind reason and critical thinking. I refer you to the Waldorf Schools and others who are dedicated to teaching critical thinking and not to the false prophets of digibabble.

Which is why I share with you the following story from The New York Times:

Extreme Study Abroad: The World Is Their Campus by Claire Cain Miller:

As educators question what college should look like in the 21st century, one answer is: global.

And to higher education trailblazers, that means more than junior year abroad or overseas internships. They find campuses to be insular places that leave students ill prepared for a globalized world, and they question the efficacy of traditional pedagogy, especially the lecture format, at a time when the same information can be imparted online.

Now...if you stopped reading here, you might get the impression that the story is about the impact of technology...of devices and screens...of mobile and wearables and experiential and VR and AR and Big Data and maybe even post-digital....

And yes, there is some of that - as there is in anything...Digital is everything but not everything is digital...

Not everything is digital....and that is, in fact, the point of the story and why I am so excited and frankly optimistic about the potential for the future:

Consider one emerging approach, wherein students hop from campus to campus across continents, earning an undergraduate degree in the process. In these programs, they spend the majority of their college years outside the United States and immerse themselves in diverse cultures. Foreign cities are their classrooms.

More and more students, especially at the elite end, are realizing, 'I can get my basic learning on the Internet and then have this collection of experiences around the globe that enhances who I am as a person,' said Michael B. Horn, a co-founder of the Clayton Christensen Institute.

Human interaction. Real-life experience. Hand-in-hand sharing -- all enhanced by good teaching technology give these students an opportunity to see and taste the world in ways their peers -- who are no doubt being taught with the best immersive experiential technology -- never will.

And here, in my book, is the most important and critical point:

"We want them to be able to adapt to jobs that don't even exist yet, so we give them a great range of the best cognitive tools," said Stephen Kosslyn, Minerva's founding dean.

The world will belong to those with the best cognitive skills. Watch every post-apocalypse movie out there if you don't believe me.

When the networks fail...

And one last thought:

Ms. McNellis, a senior double-majoring in math and international studies, is spending part of this semester in Athens to study city life in ancient Greece. She has also studied in Rome, London and Madrid and completed an archaeology internship in Ireland. She said that hopping among campuses had given her a different experience than the usual study abroad: 'It's not just a vacation. I'm going to learn.'

'You remember that the other people across the world from you are people...They have their own thoughts and motives and dreams and desires. It's a humbling realization that we're all the same.'

We are all the same... a good cognitive conclusion.

And perhaps, in conclusion, best said as follows... listen:

Think on that -- what an amazing world we would have if the philosophy of the world and its governments were expressed as "It's a humbling realization that we're all the same."