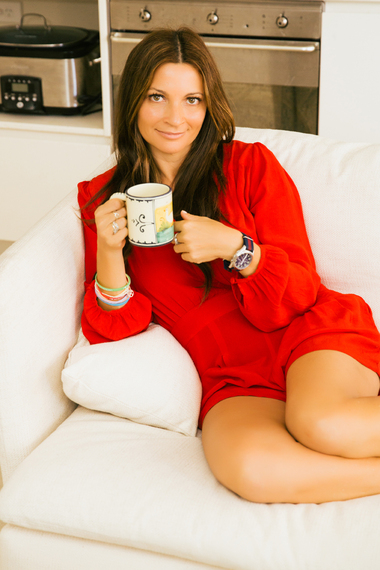 A few years ago my life was at a crossroads. I was lying dormant in a hospital bed staring up at the peeling ceiling wondering whether I should continue swallowing the twenty pills a day the doctors had prescribed to help my autoimmune disease and fibromyalgia or take a different path that may lead me to find a better quality of life and a life free of drugs.

I always thought that pharmaceutical drugs only masked the symptoms of disease and it turned out that the steroids and immuno-suppressants that I was taking actually made me feel worse because of their Alfred Hitchcock movie like side effects.

Most days when I woke up from an intermittent and interrupted sleep, I felt like a forty year old in an eighty year old woman's body. Like Benjamin Button in reverse. I was bent over double and unable to get out of bed most days. Hideous looking hives covered my entire body and my beautiful thick hair was falling out in clumps upon my pillow. My life was dull and overcast, I looked like the elephant woman because of the high doses of steroids and my once fortunate life was in mayhem.

It was at that point I started researching using food as medicine and decided that I didn't want to become another statistic. I chose to look at health and disease on a deeper level and see where my illness stemmed from and how I could heal it naturally.

We all know by now that developing good eating habits, is paramount and enjoying a diet of fresh and nutritious foods can really help to give your body the fuel it needs to work efficiently. But along with looking after your physical health with a good diet and exercise, taking care of your emotions and mental health is equally important.

At times because I felt no longer in control of my body I became stressed and anxious and felt sick to the stomach and then I discovered that there is a very good reason for that. The stomach or gut is one of the key connections to brain and emotional health and your immune system.

Looking inside your gut or "Other Brain" and improving your gut bacteria can help to turn tummy turmoil around and improve not only your general health but also your emotional health and wellbeing. I realized that my auto-immune disease stemmed from my gut and that is where I would start my quest to find the truth. Bingo!

The world within your gut or second brain as it is commonly referred, involves a multifaceted, interconnected, interdependent relationship between living organisms called micro flora. Micro flora is the complex, diverse microorganism species that live in your digestive tract. These organisms are also referred to as gut flora and are most easily understood as fitting into the categories of either "good bacteria" or "bad bacteria."

'Good' or 'friendly' bacteria complete a multitude of tasks within your body, but some of the common responsibilities of these friendly microbes include working to regulate the gut by neutralizing some of the toxic by-products of your digestion, preventing the growth of harmful, pathogenic bacteria, controlling metabolism, reducing harmful substances such as carcinogens and toxins, gleaning and absorbing energy, nutrients and fatty acids from the foods you eat, producing hormones, training the immune system and communicating to your brain.

Your two nervous systems are formed at the same time during fetal development, and created from identical tissues, connected via the vagus nerve. This is the tenth cranial nerve that runs from your brain stem right down to your abdomen; and is the primary route that your gut bacteria use to transmit messages to your brain.

Knowledge of the vagus nerve completely flips the idea that the brain is in charge of the rest of your body. Rather; it reveals that the gut is largely in control of the body. In fact; your gut sends far more information to your brain than your brain sends to your gut! Wow this was a complete revelation to me.

Just as you have neurons in your brain, you also have neurons within your gut. This includes neurons that produce neurotransmitters such as serotonin. Serotonin is the neurotransmitter responsible for feelings of wellbeing and happiness, and it's found in its greatest concentration within the gut; not the brain itself.

The ability of the gut microbiota to communicate with the brain and influence behaviour is emerging as a very exciting concept in the scientific world of health and disease. Research proves that your own unique combination of micro flora interacts with you as the host; to form essential relationships that govern the balance and functioning of your entire body.

The close connection between stress-related psychiatric symptoms such as anxiety and gastrointestinal disorders like irritable bowel disease provide further proof of the gut-brain axis exists. The impact of poor gut health on the functioning of the brain has been scientifically linked to a range of illnesses including ADHD, autism, chronic fatigue, OCD, Tourette syndrome, and anxiety and depression. The power of gut health is without a doubt principal to the state of your mind.

Other fascinating scientific findings include the ability of certain probiotics to modulate anti-depressant like behaviour by reducing proinflammatory cytokines and increasing levels of tryptophan; both which have been implicated in depression.

Food alone will not promise a thriving colony of healthy bacteria in your gut. Evidence also suggests that our bacteria respond in damaging ways to the negative emotions and stress of the host. The hormones secreted during a stress response contribute to the overgrowth of bad bacteria.

Your gut and your emotions are a two-way street. They both have the potential to negatively affect one another, so addressing the state of your mental health -- not just the food you eat -- is incredibly important.

I healed my gut and in doing so reversed my autoimmune disease and have never been more well or happy.

More:
healthy livingautoimmune diseaseFood as medicinedigestionfibromyalgia
Newsletter Sign Up
An essential daily guide to achieving the good life
Subscribe to our lifestyle email.
Successfully Subscribed!
Realness delivered to your inbox