So now we know. In case you missed the news, literary archaeologists have unearthed the evidence, more earthshaking and culture-shocking than any suppressed scroll Dan Brown could dream up. Jack Kerouac -- Mr. On the Road, the King of the Beats, who begat the beatniks who begat the hippies who begat the hipsters -- Jack Kerouac, the fountainhead of cool -- that Jack Kerouac was obsessed with -- guess what. Freedom? Alienation? Restless, rootless wandering? Mad pursuit of the beatific vision? Nope. Jack Kerouac's deepest-rooted, longest-lasting obsession was ... fantasy baseball.

How obsessed was he? So obsessed that, years before fantasy baseball existed, he invented his own version of the game, with whole teams and leagues named for colors and makes of cars, and series and seasons played out with marbles for balls and toothpicks and matchsticks for bats. So obsessed that he filled notebooks with meticulously recorded stats, made illustrated team rosters, and wrote letters back and forth between his various team-managerial personae, haggling over trades. So obsessed that he persisted in this childhood hobby through all his on-the-roading and dharma-bumming, through obscurity and fame and alcoholic decay, almost till his death. So obsessed that he concealed his decidedly uncool secret from all but one or two of his aspiringly cool fellow Beats. 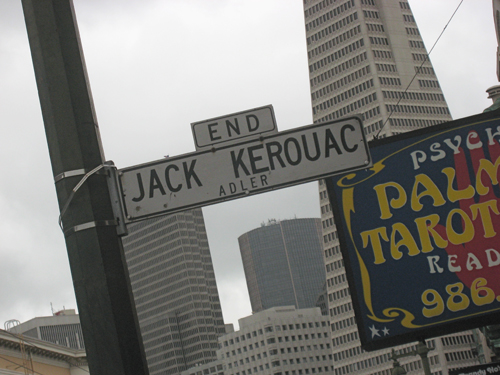 I guess we should have known when we found out that Marlon Brando was a ham radio operator. What next? Any day now we'll probably learn that James Dean collected stamps, that Lou Reed and Andy Warhol traded Matchbox Cars, that Miles Davis's real passion was his model trains, which he ran while wearing an engineer's cap.

Mr. Cool, the guy who started it all, was a geek. And if Kerouac's not cool, nobody's cool. What a relief! We can just relax and be ourselves. (That would be ... cool?)

Of course, Kerouac didn't really start it all. He got the cool thing from jazz musicians, hanging around the 52nd Street nightclubs during his brief stint as a benched football player at Columbia, transforming the laid-back-even-when-frantic rhythm of bebop -- the beat -- into Beat Generation prose, writing lovely poetic tributes to Charlie Parker's Buddha-eyes.

If anyone started it, it was Prez, Lester Young, half a generation before Parker. Somehow lightening and purifying the gutbucket sound of the tenor sax till it sang like an alto, Prez used that cooled-out voice to slice through the overheated busyness of early jazz, unhurriedly hanging behind the beat or somehow mysteriously hovering above it, in an ever-cool, rarefied realm not touchable by the mundane world of 4/4. And just incidentally, Prez appears to have been the first person to wear sunglasses as a cool fashion statement; he may even have coined the word "cool" as a term of approval.

Interesting word, actually. In physics, that which is cool is that which exhibits less random molecular activity -- that which is more settled. Maybe real cool, the essence of cool, is inner cool, settled awareness, buddha mind, the nirvanic state.

In that case, we can amend our statement. Nobody's cool but those who have stopped shaking and stirring this jar of muddy water called the mind long enough so that the mud can settle and the water's natural clarity can shine forth. That is, nobody's cool but buddhas. Note that I didn't say Buddhists: buddhas can be Christians, atheists, Hindus, or Venusians. (And Buddhists can be buddhas or knuckleheads like anyone else.)

But cool as an outer pose -- as a book or an outfit you can buy, as an attitude you can cop -- is dead. Long live cool. When the truly cool people show up in your life, you won't recognize them -- they'll be too cool for that. 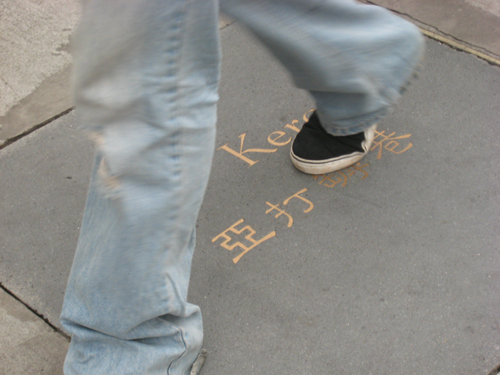