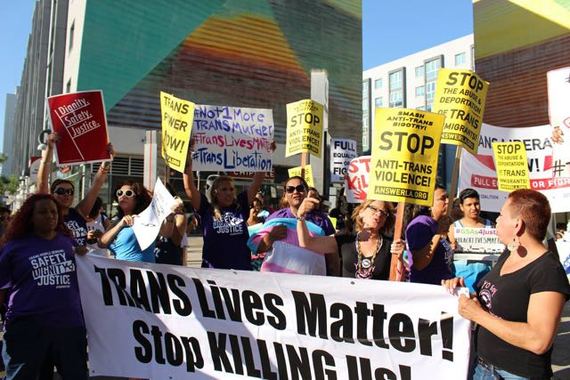 Photo from a protest in Hollywood in late July organized by Bamby Salcedo following the killings of India Clarke and KC Haggard.

When our community declares a state of emergency in response to the 24 killings of trans and gender nonconforming people this year, we often hear "it's only 24." Each and every one of their lives matter, and these killings, especially those of black and brown trans women and femmes, deserve our time, respect, attention, and action.

But let me give you some perspective on scale and impact...

According to Gary J. Gates's publication by the Williams Institute in 2011, the trans community makes up approximately 0.3% of the entire United States population. That means of the roughly 322 million people in the U.S. as reported by the Census Bureau, there are 966,000 trans people.

For 24 killings to have occurred, that means that 0.002484% of the community has been lost to violence just this year alone. That may seem like a small percentage to some people, but when we apply it to the entire U.S. population it equates to 8,000 people.

Can you imagine how the general public would feel if 8,000 people in the U.S. were killed in one year most likely based on their identity with little to no justice, constant misreporting by news sources, and persistent dismissal by political representatives? Can you imagine the outrage, especially if it was based on an identity or position of privilege and/or power?

That's the scale that we're dealing with. It's a huge impact on our community. It's not "only 24." It's 24 killings, most of which are black trans women. 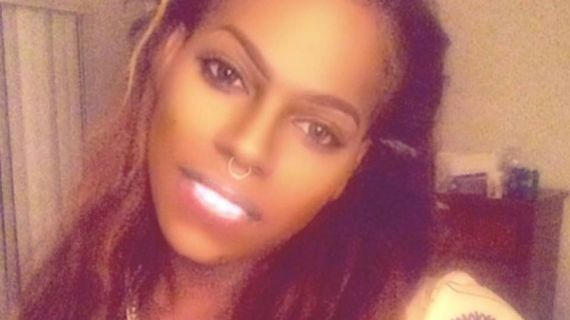 21-year-old Zella Ziona of Gaithersburg, Maryland is the latest victim on a list of trans killings this year.

But even if the number of trans killings was smaller, even if it was just one, we cannot deny that transphobia exists and is killing our community, especially trans women and femmes of color at the intersection of transmisogyny, femmephobia, racism, and xenophobia.

We cannot deny that we are in a state of emergency for trans and gender nonconforming folx here in the U.S. and around the world, and we must work to achieve justice, liberation, acceptance, and the embracing of trans identities.

We cannot deny that their lives matter, that trans lives matter, and we must celebrate those alive while also honoring those lost to violence.

Here are the names of the 24 trans folx killed this year in the U.S. I encourage you to say their names out loud:

I also encourage you to take a moment to listen to Vita E Cleveland's incredible response track to Janelle Monae's "Hell You Talmabout" focusing on trans erasure and serving as a call to action. You can also check out this piece from August outlining 4 ways to get more involved and support the trans community.