There are plenty of predictions and theories about the 2016 presidential election that won't be answered until votes are cast -- but there's one thing we do know: Women will have a major impact on the outcome. 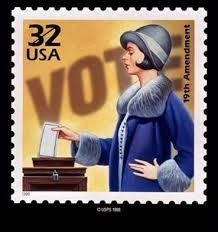 We are already making history. For the first time, two women are contenders for their party's nomination; one is a front-runner. No matter what your political persuasion, it's a milestone to be celebrated.

As decision-makers, women will play an out-sized role in determining who wins the election. Our turnout has surpassed men's in every presidential election since 1980, and the gap is widening. In 2012, the difference in turnout was nearly four percentage points. There is also the well-known gender gap, the difference between the percentages of women and men who support a given candidate.

Knowing this, campaigns are targeting early ads toward women -- touting how well the candidates know us and how much they've supported or will support the issues we care about. It's a golden opportunity for us to engage with them and call for proposals that address the persistent challenges we face.

Challenges like the gender pay gap, where women earn just 79 cents (less for women of color) to every dollar a man makes, costing the average full-time working woman between $700,000 and $2 million over the course of her lifetime. Or the caregiver penalty, where time away from work to care for a family member leads to lost wages, benefits, and retirement income. Or economic hardship, where low pay (nearly two-thirds of minimum-wage workers are women) coupled with rising costs of living result in 1 in 3 women living in or at the brink of poverty. Or the ongoing threat of dismantling safety-net programs like Social Security and Medicare that are vital to millions of women.

In these and other ways, women are disproportionately affected by the action (or inaction) of policymakers. That's why our participation in the political process is so important -- especially now, when candidates are clamoring for our vote.

It is significant that for the first time, a presidential campaign is promoting a far-reaching proposal to support paid and unpaid caregivers - an issue that impacts millions of families every day, but is rarely debated on the national stage. These are the bread and butter issues that women, regardless of political affiliation, want their candidates to address. And there's reason to believe that in 2016, the candidate that succeeds in doing this will be our next president.