It can be intimidating to think through but you'll get it exactly right, and we've got some general tips to make sure you do. 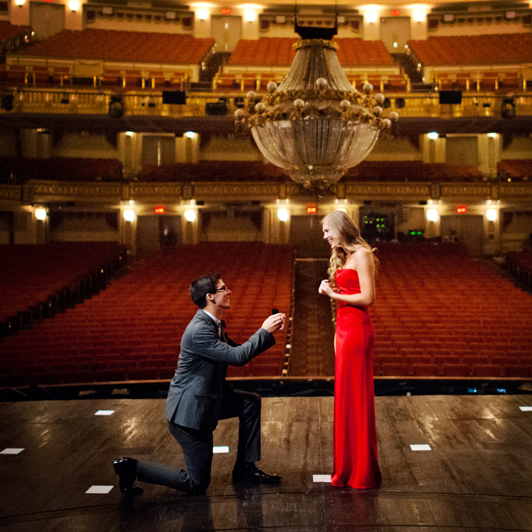 1. Go beyond the words "will you marry me." Most girls dream of these four words, but what makes your proposal unique are the other words you say. Tell her how you knew you wanted to marry her, the tiny, beautiful details you love about her, the things you want to do in your future together, or how excited you are to ask this question. Don't recite a two-page paper -- think of a few things you want to say, rehearse them so they're in your memory if you need them, then let the moment take you. You will surely be nervous -- there's never been a man who wasn't -- but just look into her eyes and the confidence will come!

2. Flash the engagement ring last. I know you worked hard finding the perfect engagement ring, but don't open the box right away. Get your words out and let the emotions flow before you pop the bling.

3. Don't tell the world before it happens. Once you've nailed your plan, you'll be so proud of it that you'll want to tell everyone! The key to a magical proposal, however, is the surprise element. You want her to have absolutely no clue. As much as you love and trust your friends and family, unintentional things happen. Only tell people who are directly involved in the proposal and as close to the proposal date as possible to reduce the risk of someone spilling!

4. Catch it on camera. You know those adrenaline-rush moments where you almost forget what happened minutes later? That happens a lot during proposals -- for both you and your bride-to-be. Having a photographer in the bushes while you drop to one knee will keep the memory remembered forever. The emotion is also priceless and these days, most women say they want it captured (we did a survey to prove it). FYI, HowHeAsked offers proposal photographers which we of course recommend using, but if you have a friend who is talented with a camera, we'll say yes to that too! 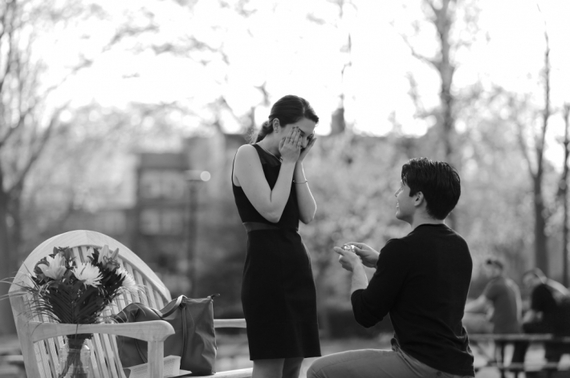 5. Ask her parents. Some might argue the act is purely out of tradition and an outdated one at that. We think the tradition has evolved, however, just like all other things in the world (including marriage) does. This act has evolved into a romantic, thoughtful gesture, and it includes mom and dad in something they too have lovingly wished for alongside their daughter. Nowadays, you're also not asking for their permission as much as you're asking for their blessing. When you put all the sexism arguments aside, it's simply a beautiful thing for you to experience with your soon-to-be parents-in-law.

6. Take your time sharing the news. In this social media age, we all jump to share our joy the minute we feel it. You have time, plenty of time, to tell the world... tomorrow. On the day of your proposal, enjoy your moment. Set time aside after to tell her all the things you didn't tell her when you were on one knee. Tell her how you found the ring, all the ways you planned for the proposal, the funny things that happened along the way. You'll have forever to tell your story, but only one day to have as the day you asked your best friend to marry you. 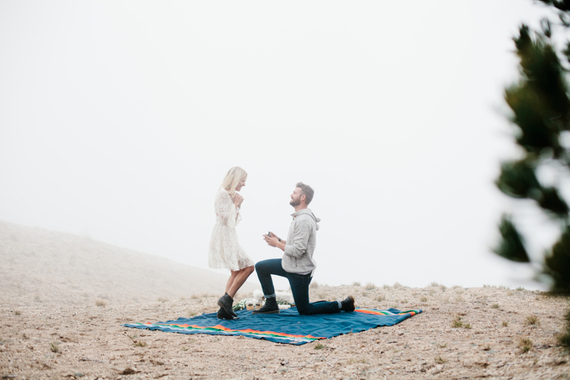 Photo by Abby of Her & Everything via HowHeAsked.com

Now, let's start planning! For proposal ideas, HowHeAsked has tons of real stories to get your juices flowing and we'd love for you to read through them for inspiration! Just remember to always maintain YOU in your proposal. And obviously, share your proposal with us after she says yes!