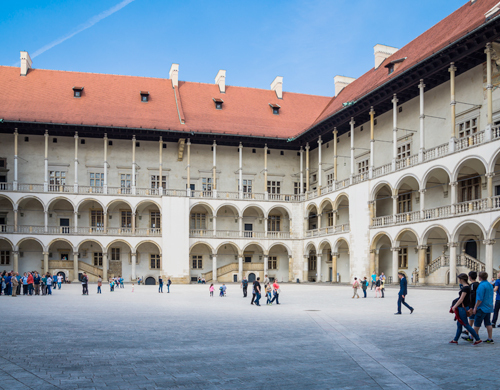 I recently visited Kraków, Poland. It's a wonderful city. One of its highlights is a beautiful royal castle, built in the 16th century by an Italian architect. The castle had just one problem. It had no interior hallways. To go from room to room, you had to go outside onto a covered walkway overlooking a courtyard. This is a perfectly good idea in warm Italy, but in Poland it can get to 30 below in the winter!

In evidence-based reform in education, we have a related problem. As proven programs become more important in policy and practice, many educators ask whether programs proven in one place (say, warm Florida) will work in another (say, cold Minnesota). In fact, many critics of evidence-based reform base their criticism on the idea that every school and every context is different, so it is impossible to have programs that can apply across all schools.

Obviously, the best answer to this problem is to test promising programs in many places, until we can say either that they work across a broad range of circumstances or that there are key context-based limiting variables. While the evidence may not yet (or ever) be definitive, it is worthwhile to use common sense about what factors might limit generalizability and which are unlikely to do so. For example, for indoor activities such as teaching, hot and cold climates probably do not matter. Rural versus urban locations might matter a great deal for parent involvement programs or attendance programs or after school programs, where families' physical proximity to the school and transportation issues are likely to be important. English learners certainly need accommodations to their needs that other children may not. Other ethnic-group or social class differences may impact the applicability of particular programs in particular settings. But especially for classroom instructional approaches, it will most often be the case that kids are kids, schools are schools, and effective is effective. Programs that are effective with one broad set of schools and students are likely to be effective in other similar settings. Programs that work in urban Title I schools mainly teaching native English-speaking students in several locations are likely to be effective in similar settings nationally, and so on.

Yet many educators, even those who believe in evidence, are willing to adopt proven programs, but then immediately want to change them, often in major ways. This is usually a very bad idea. The research field is full of examples of programs that consistently work when implemented as intended, but fail miserably when key elements are altered or completely left out. Unless there are major, clear reasons why changes must be made, it is best to implement programs as they were when they achieved their positive outcomes. Over time, as schools become familiar with a program, school leaders and teachers might discuss revisions with the program developer and implement sensible changes in line with the model's theory of action and evidence base.

Innovation within proven programs can be a good thing, when schools have fully embraced and thoroughly understand a given program and now can see where it can be improved or adapted to their circumstances. However, innovation too early in replication is likely to turn the best of innovations into mush.

It is perfectly fair for school districts, schools and/or teachers to examine the evidence supporting a new approach to judge just how robust that evidence is: has the program proved itself across a reasonable range of school environments not radically unlike their own? But if the answer to that question is yes, then fidelity of implementation should be the guiding principle of adopting the new program.

Kraków's castle should have had interior halls to adapt to the cold Polish winters. However, if everyone's untested ideas about palace design were thrown into the mix from the outset, the palace might never have stood up in the first place!