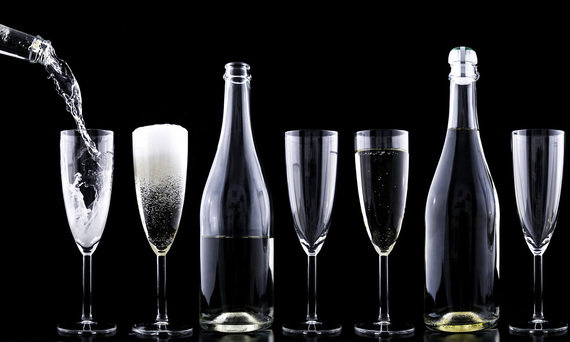 Today is National Repeal Day -- a day to remind ourselves of how sweet is the taste of freedom. On this day 83 years ago, the 21st Amendment was ratified, ending Prohibition, a costly, disastrous, 13-year experiment.

The website RepealDay.org urges celebrations of the "return to the rich traditions of craft fermentation and distillation, the legitimacy of the American bartender as a contributor to the culinary arts, and the responsible enjoyment of alcohol as a sacred social custom. It's easy! You don't have to hold a party. Just go to a bar or liquor store and have a drink."

Yes, it's a day to celebrate freedom and liberty. It's also a day to learn from history.

In 1924, during the middle of America's failed social policy, the legendary social critic H.L. Mencken wrote:

"The prestige of government has undoubtedly been lowered considerably by the prohibition law. ... For nothing is more destructive of respect for the government and the law of the land than passing laws which cannot be enforced."

When comparing alcohol prohibition with America's failed war on marijuana, the similarities are stunning.

Prohibition ended ultimately because of economics. America was gripped by The Great Depression and income tax revenues were plummeting.
/taxfoundation.org/blog/how-taxes-enabled-alcohol-prohibition-and-also-led-its-repeal"}}">Cash-strapped states needed money
. Politicians began asking why the government was foregoing all that tax revenue and jobs from alcohol sales and production.

Some States Just Ignored The Law

Sure, Eliott Ness and the Feds were making headlines across the country as it cracked down on "the bad guys." But may cities (Pittsburgh, Kansas City, New York) openly violated the law and dared the federal government to do something about it.

Yes, there as medical alcohol during Prohibition. Sure, there were some unusual -- and dubious -- reasons for the need for medicinal booze, but it was one way to skirt the law.

After World War I, Germans were Enemy No. 1 in the U.S. And it was German immigrants who owned and operated the majority of breweries. Slogans such as, "Sobriety is the bomb that will blow kaiserism to kingdom come" were common at the time. Catholics were also a target of these stereotypical rants.

Marijuana: Sound familiar. Today, it may not be Germans or Catholics, but there is certainly a racist element to the War on Drugs.

Highway is an essential source for cannabis science, how-to stories and demystifying marijuana. Want to read more? Thy these posts: One Man's Journey In Pursuit Of The Truth Behind Marijuana Prohibition, Marijuana Myth Busting: Does Holding In Smoke Get You Higher? and A Drag Queen's Visit To The Cannabis Store.