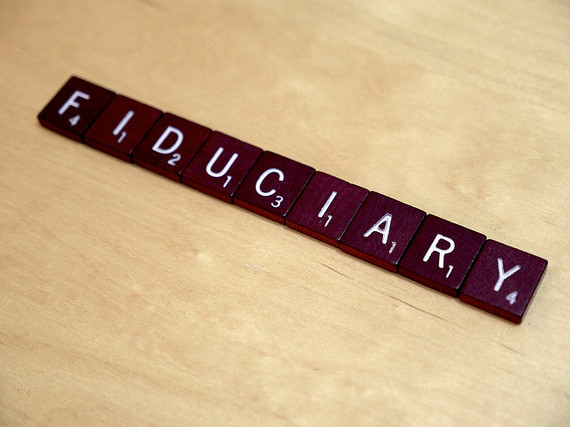 Don't get me wrong. I believe the new fiduciary rule recently announced by the Department of Labor (DOL) will be a net plus for retirement plan participants. The rule expands the definition of "fiduciary investment advice" and requires all financial professionals (a ubiquitous term that encompasses registered investment advisors, brokers and insurance company representatives) to provide retirement recommendations that are in your best interest.

Previously, only registered investment advisors had this obligation. Others did their best to obscure the fact that they could (and often did) have undisclosed conflicts of interest, permitting them to recommend (and include in retirement plans) expensive investment products that did not meet the fiduciary standard.

Here's the problem with the new rule. It has massive loopholes the securities and insurance industries will exploit to continue "business as usual." The devil is in the details.

The final rule represents a win for lobbyists and a loss for plan participants. It's a watered-down version of the DOL's original proposal. You can find a rundown of the changes in this summary prepared by the DOL.

In the original proposal, the DOL listed certain investments that could be justified for inclusion in a plan if the advisor could support a claim that doing so was in the best interest of plan participants (known as the "best interest contract exemption," or "BICE"). The final rule eliminated the list and now states that all investments are covered by the BICE. As a practical matter, this revision guts the impact of the new rule.

Terrible investments will still be in your plan

Here's an example that proves my point.

Non-traded REITs are illiquid real estate investments registered with the Securities and Exchange Commission (SEC), which permits them to be sold to unsophisticated investors. Because they don't trade on an exchange, they can remain illiquid for long periods of time. Brokers make a killing selling non-traded REITs. According to Investopedia, "front-end fees can be as much as 15%, much higher than a traded REIT due to its limited secondary market." You can only imagine the enthusiasm brokers have for including these products in retirement plans and peddling them to gullible plan participants and individual investors.

As an investment, non-traded REITs are a disaster. All you need to know about them is set forth in this scathing assessment by respected economist Craig McCann, who holds a Ph.D.

It's not surprising that, according to one trade source, "executives in the $10-billion-a-year nontraded real estate investment trust industry likely were doing handstands" when the final DOL rule was announced.

The same loophole permits brokers to recommend expensive (and often underperforming) proprietary mutual funds and other investments that find little support in the academic literature.

Knut Rostad, president of the Institute for the Fiduciary Standard, aptly noted the DOL "adopted the assumptions of the industry, which is that there are important benefits of conflicted advice."

Don't be lulled into a false sense of security

I have never met a registered investment advisor who recommended non-traded REITs or proprietary mutual funds to retirement plans or individual clients. Plan participants should not be lulled into a false sense of security by the adoption of the DOL's new rule. Brokers and insurance companies will exploit the loopholes in it to populate retirement plans with actively managed funds, non-traded REITs and other investments which overwhelming evidence demonstrates tend to reduce investment returns, especially over the long term.

Here's how you can ensure your retirement plan is consistent with your best interest. Insist that the advisor to the plan is a registered investment advisor, who receives no compensation other than an asset-based fee. The advisor should include in the plan only portfolios (not a bunch of individual funds) at various risk levels. The portfolios should consist only of globally diversified, low-management-fee stock and bond index funds, ETFs or passively managed funds.

That's what the DOL's fiduciary rule should have required.