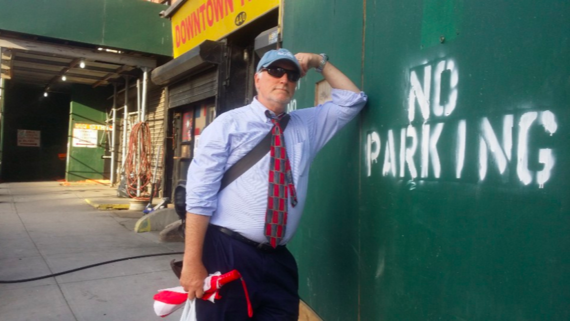 It always happens this time of year, and it always takes me a little by surprise.

I'm walking in the city, late afternoon or early evening, and there's a certain quality to the light. It's that warm honey of sun slanting in from the west, the long shadows making their way across avenues and up the sides of buildings, and the early-summer promise of an evening that's in no hurry whatsoever.

Anniversaries are there to mark time, and in the case of marriage, to marvel at the capacity of two people to tolerate one another, in close quarters, long past the warranty period. The one coming up September 1 is a big one: 30 years. A go-to-Europe kind of occasion.

I was a Southern girl, all wide-eyed. Stunned and thrilled by everything, by the very fact that the New York City of King Kong and That Girl and Saturday Night Live was a real place you could actually walk around in.

He was all jaunty and knowing, his tie tossed over his shoulder, with press passes to this and that. He was unfazed, knowing he could find a friend's picnic in a sea of lawn chairs and blankets before a concert in Central Park. And this was before cell phones.

We had triple-decker dates: curry on 6th Street, a movie at the Thalia, drinks at The Piano Bar. His hand gently on my back. Evenings that went on and on as if time was being slowed for our benefit and the city had been made for our enchantment. As if there was no work the next day. Even though there was.

Starting always with that honeyed light.

Debbie Galant is publisher of Midcentury Modern, a magazine about the people and ideas born in the middle of the 20th century, and about getting older in a youth-obsessed culture.