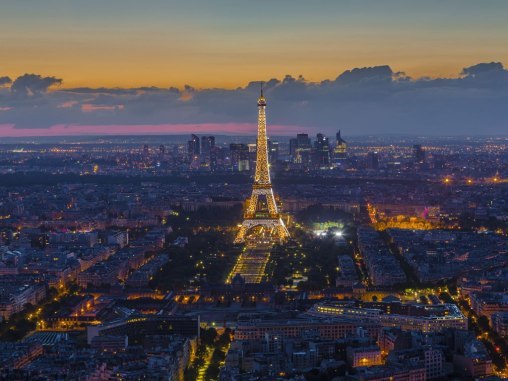 You might think you've heard all there is to know about the Eiffel Tower, which turns 125 today. But you might be surprised at some of the quirky things we've unearthed in its history:

2. It was only supposed to last for 20 years. Gustave Eiffel had it built specifically to celebrate the 100th anniversary of the French Revolution.

SEE MORE: The Most Dangerous Foods in the World

4. In the late 1920s and early 1930s, the Eiffel Tower acted as a billboard--three of its sides held advertisements for Citroën automobiles. No other brand has ever used the monument as an advertising medium.

5. The French originally hated it. A number of high-profile creatives and architects signed a petition to protest the tower during its construction. They called the tower "useless" and "monstrous."

6. It played a crucial role in the First World War, during the Battle of the Marne in 1914. Signals would actually be sent out from the top of the tower, directing the French troops to the front line.

SEE MORE: Islands You Need to See Before They Disappear

7. In 1889, the French newspaper Le Figaro actually set up a printing press on the second floor of the Eiffel Tower.

8. The Eiffel Tower shrinks. Seriously, it's been measured. In the winter it is approximately four to eight inches shorter.

10. Every night, every hour on the hour the tower is covered in golden lights and will sparkles for five whole minutes while the Eiffel Tower's beam lights up the city. The best place to see the light show is from is Place du Trocadéro.

The Many Moods of the Eiffel Tower