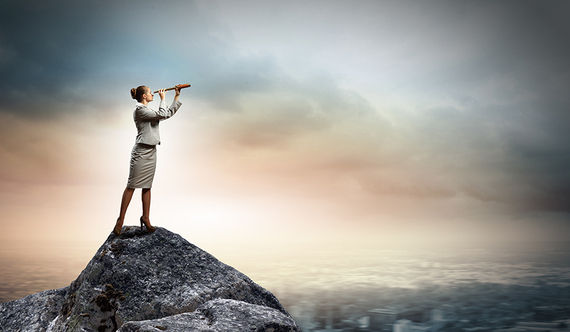 Six presidential campaigns later, I've still got Bill Clinton's iconic 1992 slogan running through my head: It's the economy, stupid. But it's not the economy that I'm thinking about--it's corporate relocation that's on my mind. What was so effective about Clinton's irresistible one-liner is the way it redirected American attention. He not-so-politely told us that, when it came to diagnosing national unrest, we were getting it wrong.

Similarly, the press is missing the real issue when it comes to corporate relocations. Recent articles in The Washington Post and The Wall Street Journal highlight the stories of businesses moving headquarters domestically and internationally for tax concerns. While it's certainly true that some companies are abandoning their states and the U.S. altogether to dodge taxes, the media is overstating the importance of these fiscally-motivated moves.

Much more significant are the large multinational manufacturers that are actually relocating to higher tax areas to attract the best talent and to develop a line of sight toward emerging markets and technologies. This is a very different story from the one you'll find in the media--a story that involves some of the biggest, most stalwart American companies out there.

For example, in the early 2000s, Boeing moved from Seattle to Chicago. Part of the organization's justification was that Chicago, with its wide array of top educational institutions, provided more opportunity to attract new talent. Last year, Cadillac moved from Detroit to New York City, which of course has a much greater tax rate. And General Electric, just this past week, moved from Fairfield, Connecticut to Boston.

The traditional argument is that lower tax rates attract the best companies. But the numbers suggest otherwise.

The states with the highest amount of venture capital per person, which is an indicator of growth potential, are California, Massachusetts, and New York. These are also among the top tier of places with the biggest state and local tax rates. So why are all these giant, multinational companies with tons of moving parts and pieces moving to these expensive locales?

It turns out that all three states are also among the very top tier of higher education rates. The people who live in these places are more likely to have graduate degrees than their peers elsewhere, and the states themselves are abundant with elite research universities and institutes. Additionally, they have diverse and multi-cultural populations with global perspectives on all issues. This is becoming especially important because these multinational companies are making more and more of their profits in countries outside of the U.S.

The trend goes beyond these three states. Forbes' list of the most-educated American cities are disproportionately college towns with significantly higher employment rates and far better paying jobs than the rest of their surrounding regions. While some of these jobs are associated with academic institutions, most of them are with companies that have built around these areas to get talent.

It's an indisputable fact: organizations locate in places where top talent is readily available. People want to live in these areas because of access to culture and education. Furthermore, these spots are typically more inclusive than other locales because they've historically welcomed people from all over the world and embraced a multiplicity of worldviews.

The lure of great talent is so attractive to organizations that it overshadows the expense of higher taxes. But why now? Why are we suddenly seeing all these companies willing to spend more money to move?

The days of easy growth are over. Just take a look around: China is slowing down. Oil prices are falling, so the whole notion of getting rich off of a commodity doesn't really exist anymore. And the cost of capital is increasing, which means that we'll soon see interest rates go up dramatically. We can no longer just make profits by selling to a new region or by betting on natural resources or depending on cheap money. Innovation is now required. It's officially the only game in town.

Innovation assets are intangible. They walk in and out the door every day with the workforce. Talent can be located anywhere. Indeed, you'll find some of the highest-educated cities and college towns in unexpected, out-of-the-way places with extreme climates and otherwise less-than-favorable living conditions.

So how can you build up your innovation assets? Here are three strategies for bringing the best and the brightest to your front door.

Focus on education. Compulsory higher education and continuing education are crucial for building a promising talent pool. This requires increased spending: you get what you pay for. We also need to develop alternative intellectual pathways: apprenticeship, service, accreditation, and certifications. Seek out and promote hands-on experience, specialized skills, and relevant life histories to enrich and enlarge your talent. Expand the very medium by which education is transmitted. Make use of multimedia like the Khan Academy, Big Think, and TED Talks. Delivering knowledge this way greatly reduces the cost of education.

Create opportunities and incentives that attract top talent. We need to embrace both democracy and meritocracy. In the Pixar film, Ratatouille, Remy the Rat's favorite quotation encapsulates this idea: "Anyone can cook." It's not until the end of the movie that Remy comes to understand the meaning of these three wonderful words: talent can come from anywhere, but it doesn't mean that everyone is equally talented. Democracy means that everyone is given the chance and meritocracy means that, when given that chance, a few will be significantly better than all the others. Pay attention to who has talent. The other thing that will help us discover talent is putting an end to the culture wars. Talent centers are often held in contempt by the rest of the region, where leaders often enact laws simply to stifle differences, driven by xenophobia, misogyny, homophobia, and racism. Thus, the areas in the immediate vicinity of these talent centers come to resent the inclusivity of these intellectual and cultural hotspots. So we must launch initiatives that will bring regions together rather than pit them against each other.

Take the long view. Areas that draw top talent were established a long time ago and viewed as investments in the future. Puritans founded Harvard almost 400 years ago because they believed that, in order to be saved, you needed to read the Bible, and so it was crucial that people learned how to read. Whether it's the University of Michigan, started in the pioneer days, or the Research Triangle formed in the 1950s, or Silicon Valley in the 1960s, the creation of talent centers requires deep foresight and the culture and capability to pull off something special. Three words come to mind here: pay it forward.

Most of us want to pay less taxes, see our investments create huge returns in the very near future, and only live with people who appreciate our work. But attracting top talent to make innovation happen isn't about what we like--it's about what we need, stupid.