It's the women, stupid: Did mismanagement lose Senator Clinton's bid for the White House? Or was it Mark Penn's bad strategy to woo women?

It's clear from Joshua Green's The Front-Runners Fall piece in this September's Atlantic that Mark Penn was counting on XX chromosomes to usher Senator Clinton in as the Democratic Presidential Nominee.

Picking women as a target audience was a wise choice, no doubt about that. Women are the "gender gap" in modern Presidential elections, and by some estimates make up to 59% of primary voters.

Penn got that this campaign was about "the women, stupid." What he didn't understand how to reach them. Despite the infighting and power plays that Green's piece chronicles, missing the mark on women was perhaps Mark Penn's most fatal mistake on the Hillary campaign. 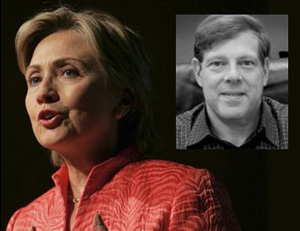 As the CEO of public relations firm Burson-Marsteller, one would have guessed that Penn knows basic communications strategy 101: it's not enough to identify your target audience, you must know what moves them. Yet here's Penn's exact strategy as cited in Green's piece:

"1) Start with a base of women: a. For these women you represent a breaking of barriers. b. The winnowing out of the most competent and qualified in an unfair, male dominated world. c. The infusion of a woman and mother's sensibilities into a world of war and neglect."

He had a plan of sorts. But here's where he went wrong:

• Lesson 1: Gender is Not Enough. Penn assumed Hillary could pull the "Sister Act" and then watch the girls line-up to pull the lever for her. In fact, women don't, as a rule, vote only based on gender. Yes, baby boomer and "the greatest generation" women connected with her "fighter" message. Many of them were the "great women" behind the "man" and didn't hold riding your husband's coattails against her (in fact, they knew that she helped make them). But younger women as well as some older ones often didn't connect to this narrative, and didn't buy that being a woman alone was reason enough to vote for a Presidential candidate. The Clinton campaign had a one size fits all generations approach to communicating with women - which hurt them in the end.

• Lesson 2: Sensible Mothers Were Against the War. Penn advised Senator Clinton that an apology for her vote authorizing the war in Iraq would be "a sign of weakness." Yet this countered his own assumption that women would want a "mother's sensibilities in a world of war and neglect." By not boldly apologizing, Senator Clinton turned off a lot of women who were sick of seeing men and women die every day in Iraq and undermined her standing with her most important base - women.

• Lesson 3: Caring Counts. Penn also advised Senator Clinton not to come across as caring or compassionate, for fear it would make her look too weak. While Hillary, being the first viable woman to run for President, was caught in an image pickle - the need to be a tough commander-in-chief in a pants suit and pearls - women in particular look for and crave care and connection. Indeed, it was when HRC broke away from Penn's advice in the New Hampshire primaries and held intimate town hall meetings she resonated most with female voters.

• Lesson 4: Policy Matters. Many people make the mistake of assuming that women only care about the "soft" attributes of a candidate - their family, the way they communicate, their overall image. In fact, women are tougher customers when it comes to scrutinizing the details, especially when it comes to policy. Penn's memos don't connect policy to women voters but did for male voters.

• Lesson 5: Meet Your Audience Where They're At. While Obama's online strategy has largely been credited with reaching young voters, we shouldn't forget that it's women who make up the largest online audience today. Obama mastered the tactic of creating online communities to reach people and connect them with each other - one of the most critical ways to reach women. Penn neglected this tactic and bingo, Obama's high tech touch was gold for many women young and old.

Of course, there is never one thing that makes or breaks a campaign and it's easy for us to snicker with cockiness about how we would have done things differently. But women are the most important constituency you can reach. They are not a niche audience and you can't communicate with them the same as men. When Penn assumed he had the female constituency in the bag, by a 3 to 1 margin no less, he underestimated his audience. Future campaigns take note - you can't have a gender blind campaign, just as you wouldn't want a color blind one.

Lisa Witter is co-author of The She Spot: Why Women are the Market for Changing the World and How to Reach Them