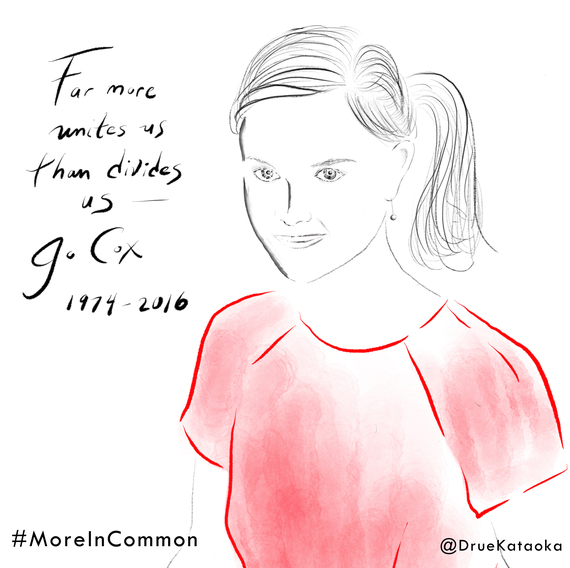 In W.B. Yeats poem, the Second Coming, written in the aftermath of the First World War he introduced us to the immortal words, "things fall apart, the centre cannot hold".

This now famous hypothesis speaks to the captivating nature of extremism from either the left or the right of society always being able to capture more sycophantic followers than a more moderate existence and narrative.

Yeats explains this as "The best lack all conviction, while the worst are full of passionate intensity". This is playing out all over the world every day and is the great tension within the evolution of humanity in the 21st Century. However it is how it has manifested itself in both the US's presidential campaign as well as the extremes of the UK's BREXIT debate that are most striking to me personally. The "passionate intensity" has been on display in full force on both sides of the Atlantic, with more centred leaders, natural bridge builders shying away from politics and representation of any form.

They instead apply their talents to the, relatively speaking, calmer waters of building business, innovating and working in the front line on the mounting list of causes that the world now faces. Climate change, mass population migration, the evolution of capitalism being the often-defining nexus of all these issues. Approaching this nexus from the perspective of business transformation is where most of my peers choose to focus with a lesser number leading within NGOs with no lack of conviction but without the resources of business or in most cases the spotlight of political life.
This is what makes the murder of Jo Cox so hard to fathom. Brendan's wife and Mom to two beautiful children stood within that spotlight with grace and promise. The ex Labour Party Leader, Neil Kinnock described her as a Day Star. In time there was no doubt she was on course to help lead parties, build bridges, have all the resources needed and direct them to those who needed them most, and ensure the buy in and gratitude of all. She would reclaim the centre from the left or the right. Jo was conviction personified.

The fact that Brendan and the world has lost her to a deranged individual effected by the "passionate intensity" of the far right is the greatest travesty I've seen in my years in the UK.

However in the days since Jo's murder I've seen something that has been quite softly reassuring, and provides an undercurrent to the grief and introspection as to the how's and why's of Jo's murder. The centre is waking up to a mass realisation that our communities and airwaves have been hostage to extremist leaders who seek to create distance with our neighbours and division in our societies. Conviction is returning to those who are best placed to honour Jo's legacy with belief and actions that amplify her values.

I hope it's enough to help discourage the progressive hold of extremist views towards a realisation that we have More in Common with our neighbours than we think, or have been told, and that this effects positively our communities, families and relationship with the world around us.

I know for Brendan and the kids nothing will ever be enough but for the rest of us it's time to rediscover our conviction and lead humanity towards its united potential and back from the extremes and distrust of the edges.