In the wake of Leelah Alcorn's death, there have been renewed calls tolegally end the practice of using so-called "reparative therapy" to change children's sexual orientation or gender identity or expression. Laws in California, New Jersey, and Washington, D.C., have banned the practice. These laws have stood up in court, and no further serious challenges appear to be on the horizon.

But that hasn't stopped the right from pushing hard on talking points claiming that transgender teens need to be pushed into (religious) "therapy" that no reputable, licensed mental-health professional would provide. Their rationales are riddled with half-truths, logical fallacies, and outright lies.

Here are the facts, though.

FACT: Transgender and gender-nonconforming youth do better in homes that are accepting and supportive of their gender identity.

What proponents of reparative therapy always leave out of their talking points is that research by the Trans Pulse Project, the Family Acceptance Project, and the Williams Institute repeatedly shows that the best indicator of positive mental-health outcomes in transgender and gender-nonconforming youth is familial support.

Just so we're clear here: Putting a child in reparative therapy, telling them God will send them to hell if they don't stop being transgender, accusing them of being delusional, punishing them for stepping outside gender norms, and denying medically necessary care doesn't fall in the "supportive" category.

Even studies quoted by opponents of transgender equality acknowledge that children with cross-gender identification after puberty rarely change their minds. According to one such study:

One reason for the differing attitudes has to do with the pervasive nature of gender dysphoria in older adolescents and adults: it rarely desists....

FACT: There is no widely accepted evidence that upbringing can make someone gay or transgender.

According to neurobiologists Dick Swaab and Ai-Min Bao, writing in the 2013 textbook Neuroscience in the 21st Century: From Basic to Clinical:

It's completely inaccurate to assume that someone "becomes" transgender because they have an unstable home environment, experience or witness domestic violence or have been abused.

In other words, upbringing does not affect sexual orientation or gender identity.

The Williams Institute also found that lesbian and gay people who underwent religious counseling were more likely than those receiving no therapy at all to attempt suicide.

According to the APA's "Gender Diversity and Transgender Identity in Adolescents" fact sheet:

Attempts to force gender diverse and transgender youth to change their behavior to fit into social norms may traumatize the youth and stifle their development into healthy adults.

Dr. Angello has experience with these types of therapies. She observes:

This form of so-called therapy succeeds in shaming the individual and often can appear successful for a finite period of time because the person receives such significant levels of positive reinforcement for returning to their sex assigned at birth. Eventually one of two things typically happens, in my experience: They end up in therapy, with a great deal of shame and guilt, and have to wade through the exhausting battle of self-forgiveness as they begin to acknowledge their authentic gender identity, or they attempt suicide.

The religious right already tried telling lesbian and gay people they'd be so much happier if they just stopped being gay, since they assume people can simply choose not to be gay at any time. We all know how well that works out.

According to Dr. Angello:

The answer is not attempting to convince an individual that they're not transgender; that's not only ridiculous but impossible long-term.

Transgender people can't choose not to be transgender either. Using coercive behavioral modification on a youth who cannot change who they are is futile and abusive regardless of whether what you are trying to change is sexual orientation or gender identity.

FACT: Depression is a result of gender dysphoria and discrimination, not the cause.

Does saying we should try to "cure" homosexuality with antidepressants because gay people are more likely to be depressed sound stupid? It should, because it is.

While it is true that transgender people do suffer high rates of depression, this is primarily a result of minority stress, discrimination, and lack of access to supportive medical care.

Research bears out the notion of first treating the dysphoria as the underlying cause of the depression. Murad et al. 2009 and Ainsworth & Spiegel 2010 both found that individuals who receive affirming treatment not only are better-off than those who didn't but are not significantly different in mental-health functioning than the general population. The oft-cited Karolinska study found that health outcomes for transgender people improved over time, suggesting that societal discrimination is a key component of depression in transgender individuals.

In fact, the relationship between minority stress and health is well understood. 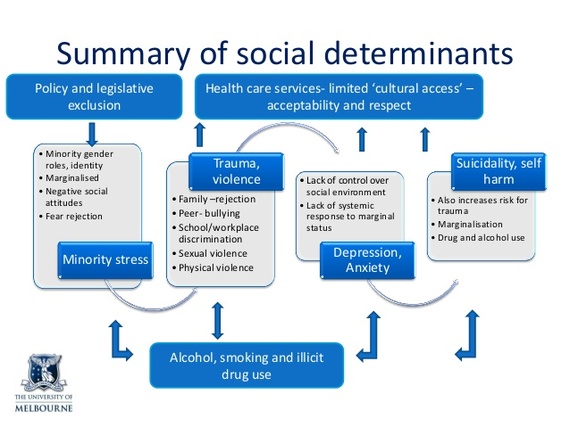 If you could cure gender dysphoria with Wellbutrin, Zoloft, or Prozac, it would be the preferred method of treatment. However, it is telling that no major medical or mental-health organization supports treating gender dysphoria primarily as a symptom rather than a cause.

FACT: There is a large volume of peer-reviewed evidence supporting potential biological origins of gender identity.

There is a mountain of evidence that other kinds biological factors seem to influence gender identity, particularly in utero hormone exposure and timing. If you really want to read them all, here's a list of 87 studies showing likely biological origins of gender identity and sexual orientation.

Just because two studies show that gender dysphoria isn't caused by certain types of chromosome abnormalities or particular kinds of gene mutations doesn't mean that there is no biological basis for being transgender, or that transgender people don't exist. It simply means that those two hypotheses didn't pan out.

I've already covered this point in great detail, but the short version is that the actual research and statistics show just how unusual transition regret is. Virtually every modern study puts it below 4 percent, and most estimates put it between 1 and 2 percent (Cohen-Kettenis & Pfafflin 2003, Kuiper & Cohen-Kettenis 1998, Pfafflin & Junge 1998, Smith 2005, Dhejne 2014). In some other recent longitudinal studies, none of the subjects expressed regret over medically transitioning (Krege et al. 2001, De Cuypere et al. 2006).

Compare a regret rate of 1 to 4 percent with regret rates for other surgeries, which runs as high as 65 percent in the case of cosmetic surgery, according to one survey. In short, if you simply went by verifiable regret rates, you'd have to disallow gastric bypass, rhinoplasty, and breast augmentation long before disallowing transition-related care.

Anecdotal evidence cannot take away from the simple fact that medical care related to transition greatly benefits the vast majority of the people receiving it. Denying it harms far more people than it helps.

This falls squarely in the category of "pants on fire." The bible of transgender health, the WPATH Standards of Care 7, makes it clear that treatment of the individual is dependent on their specific needs, and that care does not follow a "checklist." The SOC states:

The overall goal of the SOC is to provide clinical guidance for health professionals to assist transsexual, transgender, and gender-nonconforming people with safe and effective pathways to achieving lasting personal comfort with their gendered selves, in order to maximize their overall health, psychological well-being, and self-fulfillment.... [T]his version of the SOC recognizes and validates various expressions of gender that may not necessitate psychological, hormonal, or surgical treatments.

(1) provides acceptance, support, and understanding of a person or facilitates a person's coping, social support, and identity exploration and development, including sexual orientation-neutral interventions to prevent or address unlawful conduct or unsafe sexual practices; and

(2) does not seek to change sexual orientation.

In other words, if therapists follow both the law and the WPATH Standards of Care 7, they still have a great deal of latitude in treatment options. What they cannot do is work to change the individual's gender identity, whether male, female, or any non-binary possibility.

According to Dr. Angello:

The responsible and ethical therapeutic answer is supporting people's exploration without heaping unnecessary condemnation on them.

That's it. There's no mention of going down any particular medical path.

FACT: Laws banning reparative therapy on minors have no effect on clergy or religious counseling.

Clergy aren't licensed by the state as mental-healthcare providers and are therefore exempt.

Proponents of reparative therapy are essentially concern trolling. It's not that they want to help gender-nonconforming children. It's that they want them back in the closet. 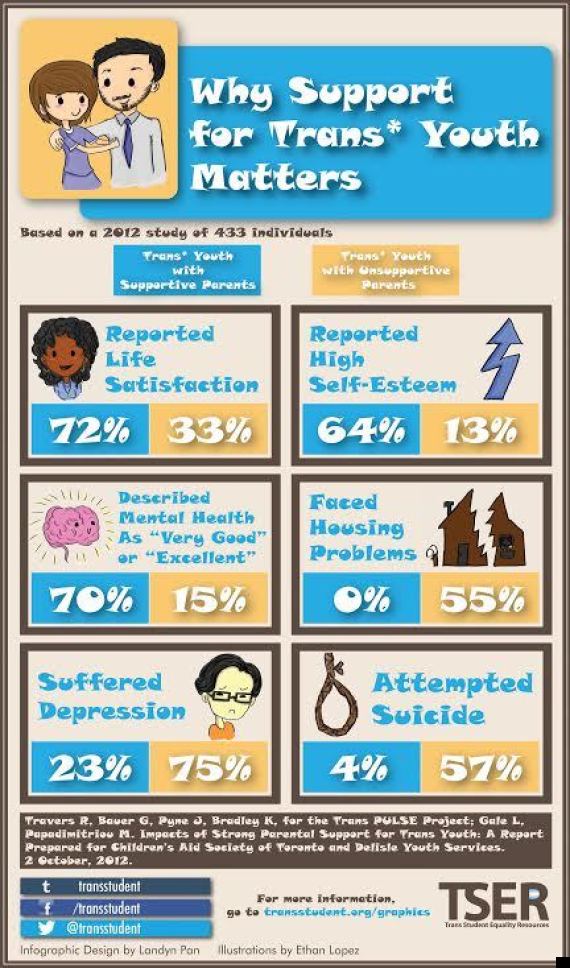