Clinically significant depression affects nearly one of five adults. Its symptoms -- whether they be sleepless nights or feelings of worthlessness -- are a heavy burden for sufferers and caregivers alike. The burden is heavier because it is born in isolation. In most quarters, depression remains socially toxic, a topic to be concealed from friends, co-workers, even family members. When we speak of depression it is often in the most hushed of tones.

I know from personal experience how difficult it is to talk about depression. Although I am a reasonably forthright and articulate man, it took me nearly 20 years after my severe episode of depression before I could fully tell the world, even my own daughter, what had really happened. It's hard to imagine this happening for any other major health condition. Would it ever take someone 20 years to disclose a heart attack?

One big reason that we don't talk about depression: Unlike Livestrong bracelets for cancer or the rainbow flag for the LGBT community, depression has lacked any kind of unifying public symbol. 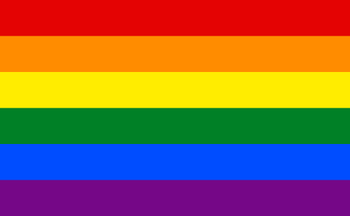 In a culture founded on the pursuit of happiness, depression is always going to be a hard topic to broach. But it's going to be even harder when our first associations to the subject are unfortunate images, such as a dark cloud or a noose. Depressed and formerly depressed people are ever on the defensive. We need better marketing and messaging. We need symbols that people can get behind, rallying points for a more productive conversation.

Enter free glow-in-the-dark wristbands printed with the phrase "Come Out of the Dark." With a wonderful organization of student volunteers, we have distributed thousands of these wristbands to anyone in the U.S. who asked for one. If you want one, just ask.

People are not only drawn to the low price of the wristbands; they also like the slogan, "Come Out of the Dark," which is open to several interpretations. To me it means:

Across America, a new conversation about depression has been launched. People are talking about depression around their kitchen tables, and at their churches and schools. And they're even broaching the topic on social media, where they are starting to post pictures.

If you look at those who are bringing depression out of the dark, depression's human side is revealed. The abstraction of "one out of five people" becomes the faces and stories of actual individuals who have been touched by depression. We see the faces of parents who wear wristbands for their depressed children. We see those who wear a wristband out of sympathy for a friend who struggles. We see those who wear a wristband in tribute to a loved one lost to suicide. And, of course, we see the faces of people who have been touched personally by depression, those who have conquered it, and those who still struggle daily. These people are rich, poor, black, white; they're, well, everyone.

Here's how Uma Chandran described the significance of her "Come Out of the Dark" wristband:

Thanks to people like you, the stigma against depression and any form of mental illness can be wiped out one band and one wrist at a time! Twenty five years of struggling with depression, after multiple suicide attempts, lot of shame and guilt worth nothing...I am thriving knowing that the demons may strike anytime yet proud to be where I am today, equipped with the coping strategies, everyday is blessed!! 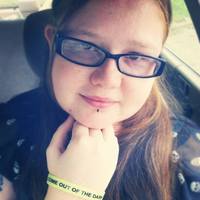 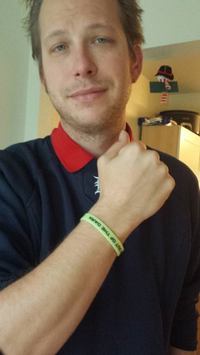 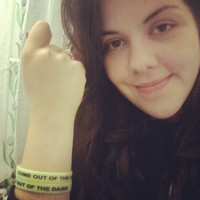 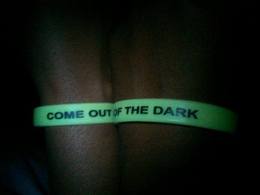 Together, let's bring depression out of the dark.