It's getting harder and harder to be an optimist. A deep economic crisis has given way to a profoundly unequal recovery. Climate catastrophe is steadily unfolding across the globe. And the work of building a racially inclusive society appears to be stalled -- indeed, in many areas, to be losing ground. All of this in an age of unprecedented technological progress, which has manifestly failed to keep its promises. If there is one saving grace, it is that the pain caused by these interconnected failures make it possible -- for the first time in modern history -- to pose the question of system change in a serious fashion, even in the United States, the faltering heart of global capitalism. 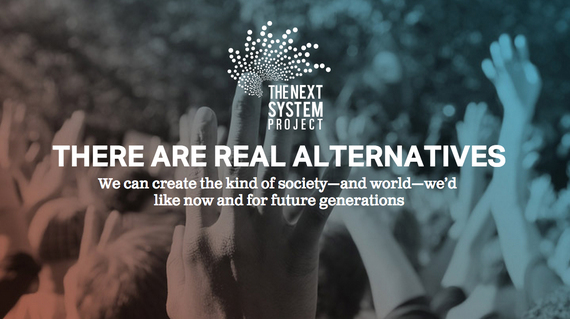 To pose the system question means first and foremost to point out that long, failing trends are anchored far more deeply in political-economic structures than conventional political debate suggests. It is to ask how the system is built, for whom, and how it operates to recurrently produce the decaying outcomes we are experiencing. There is, in fact, no shortage of people today to tell us that something is wrong, that things are built to work for the wealthy, for the white and for those far from the frontlines of climate and social calamity. Such diagnoses are increasingly commonplace and harder and harder to contest.

It is no major leap from such anguished complaints to recognition that the system itself --American corporate capitalism -- is generating the outcomes we witness; that we do, indeed, face a systemic challenge, one manifestly not responsive to traditional political approaches and strategies.

But if defining the system question is easy, answering it remains much harder. For decades, the only options for many have seemed to be state socialism, on the one hand, or corporate capitalism, on the other. If we reject the authoritarian and bureaucratic centralism of the former, but find it increasingly difficult to believe that the latter will be able to nurture equality, liberty and democracy, or even able to keep our planet livable, is there any alternative besides cynical resignation and despair? 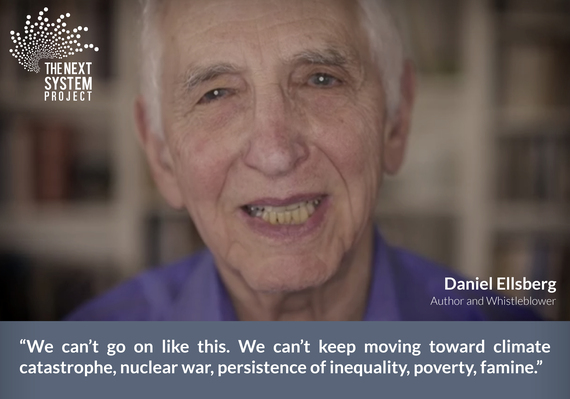 The traditional strategies that once seemed capable of winning equitable and sustainable social, economic, and ecological outcomes simply no longer work. Labor unions, the core of the traditional progressive power base, have been radically weakened, and could well continue to decline still further under political attack. Corporate power and concentrations of great wealth dominate the democratic process, widening massive gaps in wealth and income, and severely limiting the capacity of the occasional progressive administration to use taxation to meaningfully redistribute wealth or to seriously regulate corporations in many areas. Publicly listed, large-scale corporations, for their part, have little choice but to grow or die, putting more and more pressure on ecological limits. 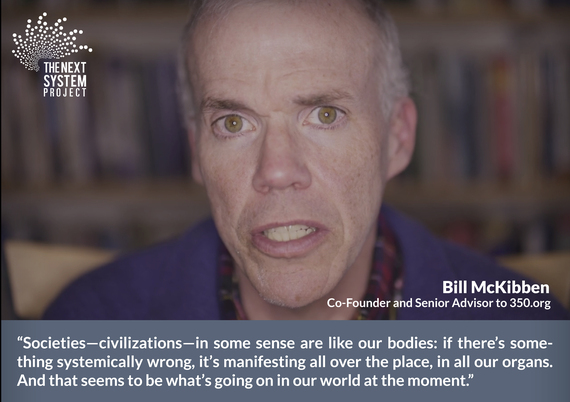 Efforts to cobble together "solutions" to these challenges for the most part draw upon and reinforce the very same institutional arrangements that caused them in the first place. Virtually none challenge underlying institutional power structures. In short, we face a systemic crisis, not simply political and economic difficulties. Accordingly, we need to discuss, debate and mobilize to achieve systemic solutions. 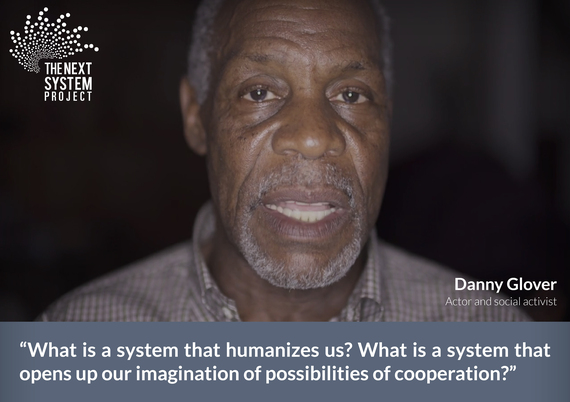 It is time to begin a real conversation -- locally, nationally and at all levels -- about what a genuine alternative beyond corporate capitalism and state socialism would look like, and how we would build it. Not too long ago, it was easy to dismiss any talk about "changing the system" as frivolous or impractical, a luxury or a distraction. What we are seeing today is that increasing numbers of people understand that this task has become absolutely necessary. What's become frivolous and distracting is continuing to assume that business as usual is still an option. 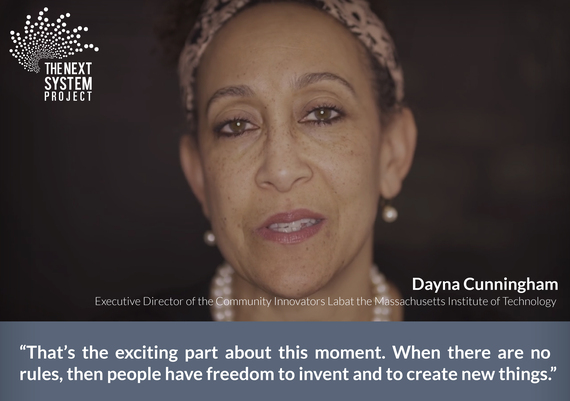 It's rare that ideas matter in politics. Usually, what matters is simply the momentum of entrenched power. But every so often, history gives us an opening to something new. When the old stories no longer explain the world around us, when it is obvious to everyone that something is deeply wrong, new ideas can matter, and matter a great deal. Our present time in history appears to be one of those moments. Unless we can seize it, and come together to develop and implement a plausible alternative system, the current downward trajectory of pain and decay will only continue.

There are real alternatives. In precisely those places where the current system has reached a dead end, we see a steadily-building explosion of new proposals and new experiments, new ideas and new activism, and above all a new basis for hope. Worker-owned firms are being developed in many parts of the country. In Boulder, Colorado a powerful movement to take over and municipalize the private utility holds out the promise of actually dealing with local sources of global warming. In several cities variations on the inspiring Mondragón cooperative network approach are being developed. 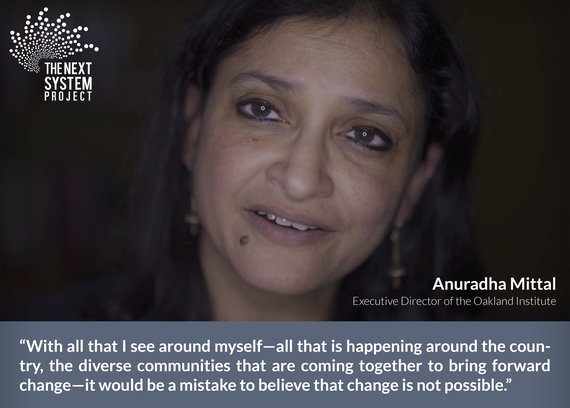 Strikingly, the recent financial crisis brought de facto nationalization of General Motors, Chrysler and A.I.G, once the largest insurance company in the world. Although all were re-privatized after public bailouts saved them from collapse, what might happen in the next crisis -- or the one beyond -- is by no means a closed question. Our task is to bring together (and extend and expand upon) the growing number of experiments and new strategies, and then forge a coherent new systemic direction that can help guide us as we build what comes next. 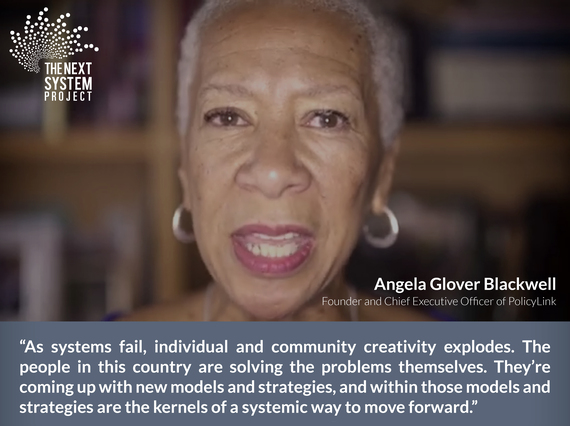 A tall order? Certainly. But history reminds us that easy pessimism is both dis-empowering and often wrong. The Civil Rights Movement, the feminist movement and the movement for marriage equality all began at moments when very little seemed possible. Nor was the collapse of the Berlin Wall and the Soviet Union, or the apartheid regime in South Africa, expected or predicted by conventional views of what was possible at the time.

Many progressives today also forget how marginal today's right-wing ideas were in the decades before 1980. Indeed, the ideas and beliefs currently dominating American politics were once regarded as ridiculous by the mainstream press, politicians and most serious scholars. Serious conservatives, however, saw their opening, and worked self-consciously to develop and propagate their ideas over the long haul. If we can roll up our sleeves and get organized and serious about really tackling the system question, about building a new system of political economy, there are grounds for optimism that deep and far-reaching change is possible. 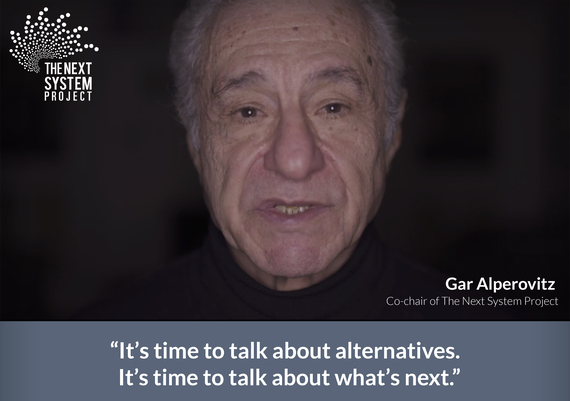 Recent surveys of public opinion indicate a radical openness to something new just below the surface of conventional media reporting. People between the ages of 18 and 29 slightly favor the word "socialism" over the word "capitalism" (49 percent to 46 percent). In 2012 Merriam Webster, publisher of the widely used online dictionary, noted that the two most looked-up words that year were "socialism" and "capitalism."

Today's young people, of all races and national origins, increasingly recognize that if nothing changes they will likely be worse off than their parents were. Even as the elderly and the middle-aged begin to stir, there's no stronger ally imaginable than a generation realizing that without a next system, they may not have a future.

Gar Alperovitz and James Gustave Speth are Co-Chairs of The Next System Project, an initiative launched this week aimed at catalyzing bold new systemic thinking about systemic challenges. You can endorse their call for a serious national conversation on changing the system by adding your name to the statement at thenextsystem.org