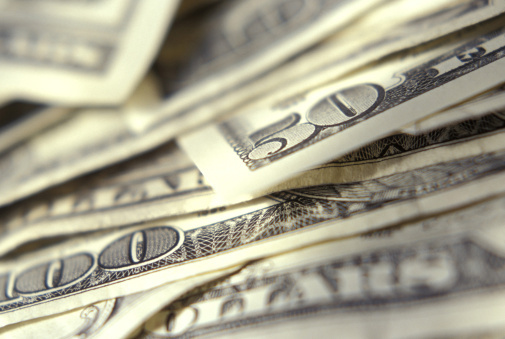 The estate tax -- a tax on property (cash, real estate, stock, or other assets) transferred from deceased persons to their heirs -- is an essential component of tax policy in any meritocratic democracy. In an era of rising income and wealth inequality, a strong estate tax has become all the more critical. Yet Congress has allowed the estate tax to erode, particularly over the last 15 years. And instead of debate in Congress revolving around how to restore it, there is a movement to repeal it altogether.

The estate tax is a quintessentially American component of tax policy. Most of the founding fathers, including Thomas Jefferson and Thomas Paine, viewed inherited wealth as an aristocratic impediment to democracy. Many other leading figures in American history, such as Andrew Carnegie, Theodore Roosevelt and Herbert Hoover, and as well as contemporary public figures ranging from Jimmy Carter to Warren Buffett, have all supported a more robust estate tax as a means of reducing intergenerational inequality and enhancing social mobility.

The estate tax has been gutted since 2000

In 2001, following two decades during which the top 1 percent saw both their wealth and income from wealth grow sharply and steadily, Congress thoroughly gutted the estate tax by scheduling a steady increase in the exemption amount and decline in the top marginal tax rate, culminating in the complete elimination of the tax after 10 years -- an $850 billion giveaway to a small subset of the wealthiest one percent of Americans. The exemption amount was raised to $5 million in 2011, adjusted for inflation thereafter, and in 2015 is $5,430,000 ($10,860,000 per couple). At such a high exemption amount, fewer than 2 of every 1,000 estates -- less than 1/50th of one percent of estates -- now owe any estate tax. Moreover, because estate tax is owed only on the amount above the exemption, and only after deductions (e.g. for charitable donations), estates that end up being taxable owe, on average, only 16.3 percent of their value.

It's time to restore the estate tax to its 2000 level

As the enormous sums of wealth accumulated since 1980 now begin to enter estate taxation, it is critical that policymakers restore the estate tax to a robust rate and sensible exemption level. Given the extreme level of social inequality in America today, which has continued since the Great Recession with no end in sight, America should restore the estate tax to what it was throughout the 1990s and 2000, a period which saw the most sustained period of economic growth in three decades. Specifically, effective 2016, Congress should restore the estate tax to its 2000 level: an exemption of $1,000,000 (the 2000 exemption amount - $675,000 -- in projected 2016 dollars), with a top marginal rate of 55 percent on the value of estates in excess of the exemption amount. This rate is at the center of the optimal estate-tax range estimated by Piketty and Saez based on an analysis of micro-data.

Revenue could be used toward Social Security's start-up costs

The revenue from this restored estate tax should be earmarked for purposes that mitigate the extreme inequality in the distribution of the fruits of growth in today's economy. A strong case can certainly be made for devoting its revenues to any number of domestic programs. A case can also be made for earmarking these revenues for Social Security, both due to the history of the Social Security program and the particular nature of the estate tax.

In the early decades of Social Security's history, Congress decided to allow those who had fought in World War I, as well as America's "Greatest Generation" -- which had experienced both the Great Depression and the Second World War -- to receive far more in Social Security benefits than their contributions plus interest would have yielded. These generations had sacrificed so much for the good of the country, and old-age poverty rates were so high, that policymakers thought it advisable to use the program to prevent these Americans from enduring deprivation in old age. This policy choice, broadly supported then and now, created a substantial "legacy debt" for the Social Security system.

Essentially, Social Security's funding challenge today can be divided into two parts: the portion necessary to fund current and future benefits, and the portion necessary to pay off the system's legacy debt. Given that the system's start-up costs were not a true social insurance expense, but a national gesture of social solidarity, it is not equitable to ask the bottom 94 percent of earners -- exempting earnings above the cap as well as unearned income -- to disproportionately bear the burden of servicing it, at a regressive contribution rate. Yet that is precisely what has happened hitherto.

Devoting estate tax revenues to Social Security would be an elegant way of addressing this issue. It would service -- and gradually pay down -- the legacy debt with revenue stemming to a large extent from families which have benefited most from the sacrifices which the Greatest Generation undertook to make America a global economic superpower. Leading Social Security experts including Robert M. Ball, Peter Diamond and Peter Orszag, and Mark Thoma have argued for devoting estate tax revenues to Social Security legacy costs, and Alicia Munnell has made the broader case for using some progressive source of revenue beyond the payroll tax to fund legacy costs. While there are no cost estimates for what percentage of the legacy debt would be eliminated by restoring the estate tax to its 2000 level, and devoting those revenues to Social Security, Social Security's actuaries have estimated that restoring the estate tax to its far less robust 2009 level (where it taxed estates in excess of $3.5 million) would eliminate about 18 percent of the program's projected long-term shortfall. Restoring it to its stronger 2000 level would therefore close a much larger share of the long-term shortfall.

Regardless of whether the revenue flows to Social Security or other programs which reduce inequality, a robust estate tax should be restored. There is a growing body of research showing that "more inequality of incomes in the present leads to family background play[ing] a greater role in the adult outcomes of young people, with their own hard work playing a commensurately weaker role." Given today's record levels of income and wealth inequality, this suggests that the American Dream could be slipping away for future generations. Restoring the estate tax is a critical step in restoring that dream.