The first time I saw a body like mine in a two-piece, I felt more alarmed than empowered. Back in 2012 Gabi Gregg, a plus-sized blogger, posted a photo of herself in a bikini on her website, and then went on to call for other plus-sized women to do the same. Gregg looked like a revolution, and revolution is always a little bit scary. A not-skinny woman putting on a bikini was headline news, and with that, Gregg engendered a movement of plus-sized women who set forth to crack an age-old beauty standard wide open (as well as coin the term "fatkini"). They took to the beaches, buxom in retro-cut swimsuits, slivers of belly exposed to the sun, some fearful and others ashamed, but all undoubtedly brave. They were the pioneers in high-waisted boy shorts. 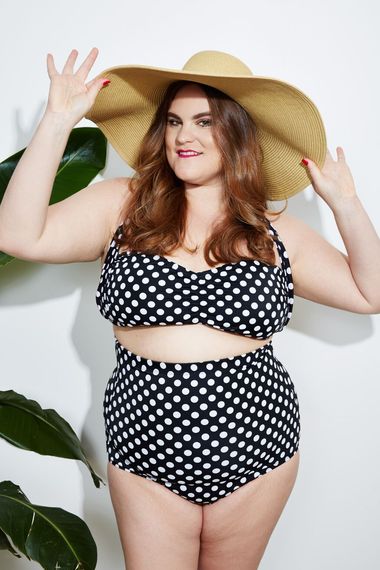 It took me two years to join the fatkini ranks, but when I put one on last summer, I felt like a fucking hero. I even let myself be photographed in it for my Refinery29 column, The Anti-Diet Project. However, it came with instructions. "The key is to keep it above your waist," I was told by every well-meaning friend and peer. It sounded like common sense, until I realized that they were actually saying, "Good God, don't actually show your stomach." I could be in a bikini -- but only part of me could be out of it. The mixed messages didn't end there. People tended to applaud my fearlessness while asking again and again, "Are you really going to do this?"

Hell yeah, I was! And no retouching, either! This was my body-positive breakthrough; I was going to rock all two inches of abdomen! Well, hang on -- maybe 1.5 inches. And no shots of my back. Or my butt. I left the shoot awash in fresh confidence. My body had always been a loathed and ugly albatross, but fear or not, I'd taken pictures of it in a swimsuit and put them on the Internet. I even went out in public in it on a beach day with my friends.

I had the privilege of a warm and generous audience for my debut. The Anti-Diet Project has a host of supportive readers who have followed my journey through diet deprogramming and body acceptance. When I take a leap like this, I hear their cheers behind me. It's a tough and scary process, but when I am afraid, I am not afraid alone.

But I think of the woman who is -- the woman surrounded by skinny friends who tell her she's not fat, she's beautiful. The woman who orders dressing on the side, feeling the eyes on her plate. The woman who skips beach day, and then stays home watching it scroll through her Instagram feed. I think of that woman and -- even worse -- that girl.

When I published my pictures, I dearly hoped that some of those women would feel empowered to see a body like mine in a bikini, and maybe even try it for themselves -- as Gabi had inspired me to do. But, as exciting as it was, I knew I hadn't gone as far as I could go. The truth nagged at me: "Two inches of midriff? Real gutsy move there." I'd gone along with the cover-up part of the story -- that a fat body can only wear one kind of suit, only expose so much flesh. Play up the assets and minimize the flaws -- every woman is told this, no matter what size.

I think the time has come for another big leap. The fatkini was indeed a great first step toward a more body-positive world, giving women of all sizes the chance to un-hide themselves. But it's one that still appeases the old-school beauty standard. Fat girl in a bikini? Fine. Just keep that waistband nice and high. Just keep the mushy bits and stretch marks to yourself. Flaunt those two inches, girl! Just don't show us anything we don't want to see. 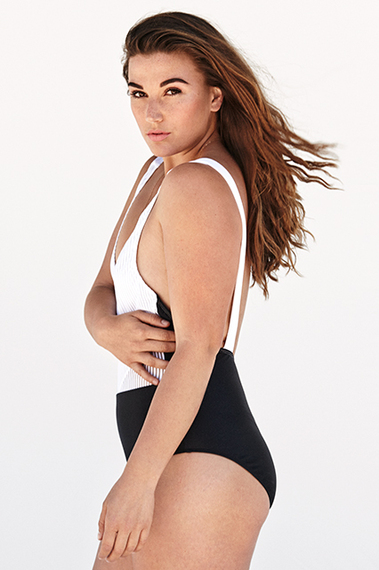 Those who break the high-waist rule make headlines now. "Mom Flaunts Her 'Permanently Flabby' Bikini Body," cried Yahoo after Rachel Hollis went viral simply by going outside with an exposed navel. Bustle's Marie Southard Ospina wrote a post about wearing a low-rise bikini, and became a hit on Reddit's Fate People Hate. Brooke Birmingham lost 170 pounds and famously butted heads with Shape, which first wanted to feature her as a success story, then balked after seeing her excess stomach skin in a two-piece.

This summer, I too, have decided to let the waistband inch down a little. I let another centimeter show and when the world doesn't rock off its axis, I allow another. To be clear, it's not some deliberate, political striptease in the name of body positivity. I'm not sitting at the beach slowing pulling down my bathing suit. Rather, I'm just sitting at the beach. I'm swimming in the ocean and talking to my friends. I'm choosing not to fret over my belly every five seconds and just, like, read a book.

I don't know if or when I'll get below the navel, but I'd like to try it one day. Even if it's not my style, I think it's important to let my belly out alongside Rachel's, Marie's, and Brooke's. I'd like to do it for me, for them, and for all those other women who've been scared off the beach and back behind closed doors. I'd never tell them there's nothing to be afraid of -- because their fear is valid. We live in a world that hates our mushy bits.

But I want to show them that I don't -- and there are many others like me. The more we step forward, the more we make it safer for others to do so, stretch marks and all. It will be scary, and then it will be a little less scary.

And remember: When you are afraid, you are not afraid alone. 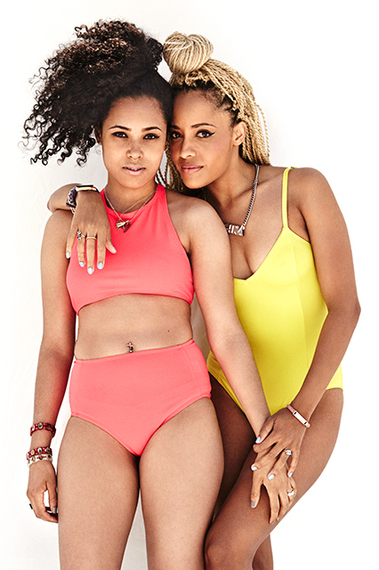 Kelsey Miller is the Senior Features Writer at Refinery29, and author of the forthcoming memoir BIG GIRL. Her column, The Anti-Diet Project, is published by Refinery29. Refinery29's Take Back The Beach initiative launches today.