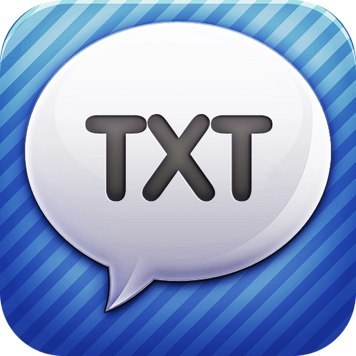 Because it's not my responsibility to maneuver to one side of the street, often against a building or the pavement, when you are about to run into me, nor to tell you to "look out" to avoid a collision. You are not five. Judging by the nasty reactions I often get when I do allow a street texter to hit me, or come close, you seem to think I am your guide. And laughing it off doesn't make it funny; it just makes you look like an even bigger idiot.

And because we are in serious trouble when my dog navigates the complexities of New York streets with more ease than the texters, who often slow him down.

Because in cities like New York you are igniting a new phenomenon: Street Rage. It's almost impossible to walk down a crowded boulevard without dodging texters, or being stuck behind one, or two, an especially migraine-able offense when trying to ascend the stairs from the rush-hour subway, only to discover a texter has stopped traffic at the top, fervently responding to a friend's desired Zumba class meeting time. Because, apparently, that couldn't wait until you actually moved away from the subway crowds. And because, judging by your indifference to yells and curse words, you've come to believe your typing is more important than our desire to get home.

Because courtesy counts, and you can't be polite if you're not looking at your lunch date, or an actual date, when they make polite small talk, or serious proposals. And you make me want to apologize to the counter person when you won't stop texting long enough to say "thank you," "I don't need a receipt," or "credit, not debit," but you will get angry if they get your purchase wrong. Sweet as it is, I also don't need friends I'm meeting for lunch to text me every 10 minutes to find out my travel progress. "I'll be there in five minutes," should be enough to last more than a minute, without another text asking "Where are you now?" A process that only slows things down because I have to stop and text my location. And then do it again 30 seconds later.

Because you've added one more hurdle to making the movie theater experience enjoyable. I know you don't think that pulling out a smartphone and texting at the Cineplex is a big deal, but it's right up there with theater conversationalists and sticky soda seats. All eyes are going straight to that fluorescent glow when it's whipped out of your purse or pocket. And because telling you so only starts a verbal brawl, when all we really want is to watch Meryl do her movie magic. And when that happens at a Woody Allen film on the Upper East Side, as it just did, you know there's no longer a safe movie haven.

Because live theater is sacred, and if Benedict Cumberbatch is text-rupted during To Be or Not To Be because you need to inform your friends of what you're watching, and if Patti Lupone has to walk down from the stage and grab your phone, mid-performance, you should have your texting privileges revoked, let alone future theater seats. And because when the woman in the row in front of me, in a 300 dollar seat, won't step texting no matter how many times I whisper in her ear, then scolds me for disturbing her Broadway show enjoyment, there's almost no reason to see theater again. People can text me their reviews.

And because airline travel is stressful enough without the flight attendant repeatedly telling you to stop your texting and turn off the phone, which only makes you hold the smartphone a bit lower, so she can't do her job and has to come back and scold you again. And because that's what an infant does.

Because the gym is a place to work out, and not just your digits. I shouldn't have to wait for a piece of equipment while the guy using it takes a texting break, and I shouldn't have to ask, "How many more texts do you have?" to get him to move his butt. And nothing says "What a great way to end a workout" more than when the woman on the exit stairs decides that this is the perfect place to pull out her phone and start texting her friends, which also makes it the perfect place for no one else to be able to get to move past her and hit the showers. And because if you tell her that, she'll more than likely start a new text about the nasty man behind her.

Because random, unanswered texts from acquaintances shouldn't be followed up by "Fine, ignore me," when I'm actually in the middle of talking to Mom or jogging or watching my favorite TV show, or asleep. And in case you haven't figured it out yet, trying to resolve a serious problem with a boyfriend or girlfriend via text is about as smart as trying to start a relationship via text. Because there is no tonal quality to a text, no notice of irony, no, well, der, voice. Until you realize that it's the opposite of communication. "TTYL" doesn't count unless you actually do.

Because there are people on the streets who are limited in their mobility, because they are elderly or handicapped or walking children, and the last thing they should have to worry about is your texting emergencies taking priority over their, say, blindness. And because you need to be aware of basic hazards, like cars running over you, because most smartphone insurance policies don't cover death by stupidity.

And because there's nothing more terrifying than seeing a mother texting with one hand and pushing a baby stroller with the other.

Because if aliens do visit earth, they have enough insanity to witness without having to report back to the Mother Ship about the absurdity of earthlings, who've evolved into creatures who walk around slumped over and looking into machines while stumbling into others and hitting inanimate objects and resembling those ancient Pinball Machine balls. Because that just might be the tipping point to make them want to phone home... and talk to their loved ones.