Welfare queen. Dependency. Since the dawn of modern American political history, conservatives have railed against the left for supporting social welfare. America's welfare programs, so the story goes, create cultures of dependency that weigh down the economy. And I agree. One of the biggest programs costs American taxpayers about $70 billion per year. Who is to blame for such fiscal irresponsibility? Who caused this tremendous burden on the U.S. taxpayer?

The wealthy. Many leaders on the right decry social welfare policies for the poor while supporting lavish welfare programs for the rich. This is the hidden welfare state.

The numbers speak for themselves. In 2013, $211 billion in tax expenditures went to homeownership tax programs. Among the largest of these programs is the home mortgage interest deduction, which costs American taxpayers $69 billion. Defenders would quickly respond that the program benefits all homeowners, and that making homeownership easier is good for American families.

When you total up all of the homeownership tax benefits, the cost tops $200 billion. That's more than the federal government spends on cash assistance (TANF) ($17 billion), food stamps (SNAP) ($73.9 billion) and public housing benefits ($50 billion) combined. Where is the outcry for this fiscal irresponsibility? It is hypocritical for fiscal conservatives, many of who identify with Christian evangelicals, to claim they are building a country based on so-called Christian values. As Michael Harrington wrote in The Other America, we are a country that prizes "socialism for the rich, capitalism for the poor."

The ramifications of subsidizing high-income earners and leaving the scraps for everyone else are significant. Low and middle-income earners are stimulating the economy at high rates, spending the bulk of their incomes on things they need: medical care, housing, education, and food. According to the Federal Reserve Bank, consumer spending accounts for 70 percent of all economic growth, while things like investment, government spending, and exports account for only 30 percent of growth. High-income earners save the bulk of their income -- which they invest -- and later are lauded as the ubiquitous job creators. All are engaging in the market with government subsidies, be it with the help of TANF or mortgage interest deductions. Yet subsidies for the affluent are self-enriching, while welfare programs for low-income taxpayers who are primarily responsible for the growth of the economy are stigmatized.

To me, it sounds like the job creators aren't those who buy a vacation home and let taxpayers foot the bill on the mortgage interest. The nation's economy benefits from consumer spending, not wealth hoarding. The job creators are those who spend their money: at restaurants, on groceries, etc. The poor remain poor because they spend their income to make ends meet. Americans need to ditch the myth that the poor are poor mainly because they are reckless with their money. Once we get past that, we can acknowledge the vastly important role that low- and middle-income earners have in growing the economy. Only then we can move to sound fiscal policy that embraces the real job creators and sustainers -- normal people.

Perhaps if people knew just how "upside down" our federal tax code is, something would change. There's no lack of ideas on how to make the tax code not only more equitable but also a stronger driver of economic growth. Yes, we can have it both ways. For instance, the money spent on the mortgage interest deduction could go towards expanding the Earned Income Tax Credit (EITC), or reinstating the first-time homeowner tax credit.

There's no shortage of ideas on how to right the ship -- it's the political will that is missing. 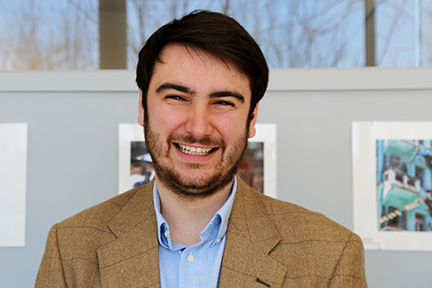 Nicholas Croce is a Master of Public Policy and MBA candidate at the Heller School for Social Policy and Management, Brandeis University. He may be contacted at ncroce@brandeis.edu.