The Wall Street Journal is out with a report this Wednesday morning with a headline that gets straight to the point: "Apple Tests Designs for TV."

Sources told the Journal that Apple is "working with component suppliers in Asia to test several TV-set designs," but that Apple's move to release a television is "still in the early stage of testing."

You can read the full article here.

What's the significance of the report? Well, you can simply add it to the pile of evidence that Apple is at least considering producing a TV set of its own. Since Steve Jobs admitted to biographer Walter Isaacson that he was interested in creating a television set, with "the simplest user interface you could imagine" and integration with iCloud, speculation has been rampant that Apple must be cobbling something together in its laboratories.

However, there has has been scant evidence so far. Various reports over the past year have placed a prototype TV set in Jony Ive's secret bunker, and a few news outlets have covered Apple's unsuccessful talks with cable providers and television networks to license content for either a set-top box or television.

Wednesday morning's WSJ article is another solid bit of evidence that Apple is at least testing the waters, but there is no indication that the company will jump into the pool. Companies like Apple develop prototypes of several devices that never make it into full-scale production, and Apple's whispered-about television set could end up on the top of the trash heap, too. SlashGear's Chris Davies speculates that, one day, you'll be able to find Apple's television "in the storeroom by the netbook prototypes."

But even skeptics must admit that the iTV has gained some special momentum this week. The WSJ piece follows CEO Tim Cook's comments that television is "an area of intense interest" for Apple in an interview with Brian Williams (and Tim Cook is a man who chooses his words very carefully); the Wall Street Journal is also read as an outlet with especially close ties to sources both within Apple and on the Apple supply chain, so its coverage can be read with more interest and credulity than, say, the regular Wall Street analyst chatter.

Still, it's worth reiterating: A lot of gadgets go into trial production. No need to start saving up your money for that iTV until we hear that Apple is ramping up for something on a larger scale.

Check out last week's biggest Apple rumors (including more on that Tim Cook-iTV comment) below: 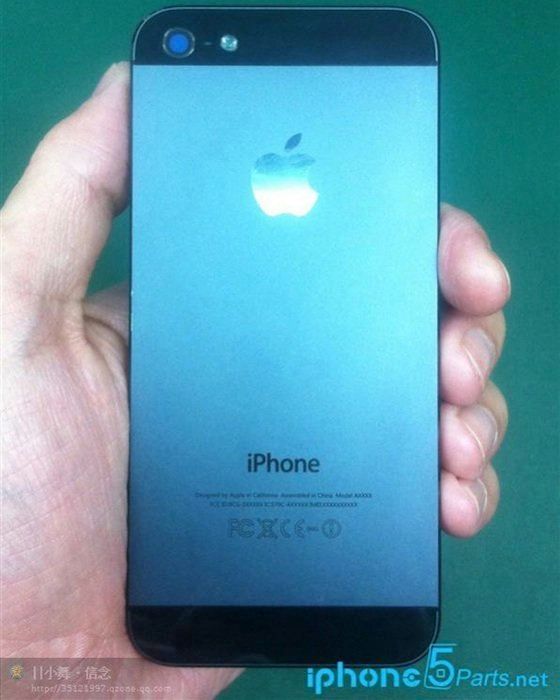 1 / 4
Is This The First Picture Of The iPhone 5S?
Get ready for your head to spin around, your knees to shake and your body temperature to become all but unbearable: A website claims to have the first photographs of the iPhone 5S (or whatever it is the iPhone that follows the iPhone 5 is called). At your left, you can see what the website EtradeSupply is claiming is the shell of an iPhone 5S. Now, I know what you're thinking: "This looks exactly like an iPhone 5, Jason. How do we know this isn't just an iPhone 5, Jason? Well, check out the inside of the iPhone...[next slide]
iPhone5Parts.net