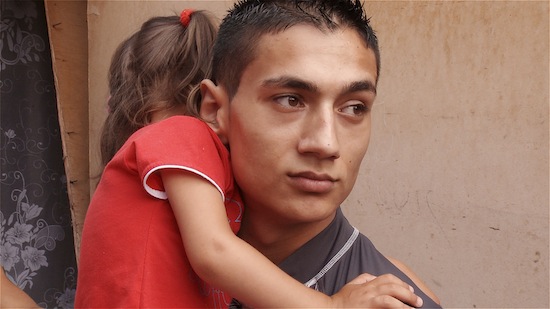 "Here's to the crazy ones. The misfits. The rebels. The troublemakers. The round pegs in the square holes. The ones who see things differently. They're not fond of rules. And they have no respect for the status quo. You can quote them, disagree with them, glorify or vilify them. About the only thing you can't do is ignore them." From the "Think Different Campaign," Apple Inc.

Ivana Mladenovic's Turn Off the Lights is a loving, gentle tribute to the resilience of the Roma people, those we more commonly call Gypsies. The film was born out of the very personal connection Mladenovic has always felt with this culture of music and joie de vivre, ever since she was a little girl in Serbia. After attending film school in Romania and getting her Ph.D., the filmmaker got a group of fellow students involved in the project, and even secured some funds from the state. With plentiful human, and limited monetary resources in tow, she spent months filming four Roma men and their families, as they re-enter society after their stints in jail. From Alex, the handsome, charismatic 18-year-old with a dirty secret, to Gyani Versace, the beloved head of a colorful clan, to the tragic hero figure of Papan, Mladenovic weaves a beautiful portrait of a people too often misunderstood, and hated because of their uniqueness.

I caught up with Mladenovic during the Tribeca Film Festival, where the film is screening through April 27, and asked her about growing up in Serbia during the war, her inspirations as a filmmaker and the one thing most people don't know about Ivana Mladenovic.

Did you know from the start this was going to be a film about the Roma community? 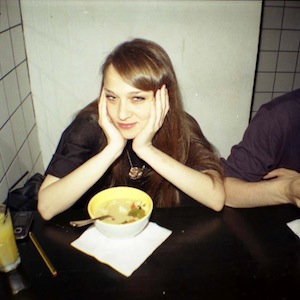 No, I wanted to make a film about Alex. When I first went to the prison and I met him, he was the most talented, wanted to speak and wanted to be on camera. The other guys, I just thought they were examples of the type of guys coming out of the prison, and I was pretty sure where they were going. Like the rich guy [Gyani] he'll never go back to prison again, but the poor guy [Papan], the one with the little daughter, he went back to prison then got leukemia. From suffering, he couldn't bear going back.

What inspired you to make this film?

Honestly, Larry Clark. I really wanted to show the craziness of these guys. Of course it's not America, it's society in Romania, but you see these kinds of people, just spending their time. I'm really into shooting young people. They give you a lot of energy.

If you had not been a filmmaker, what would you have done?

I was studying law in Serbia and then I left. My favorite was criminal law but only in theory. I didn't want to be a lawyer, I was interested in the philosophy of law. I'm glad I didn't do it though.

Do you think you grew up differently because of the war in Serbia?

I grew up in a really small town. Yeah, I don't like war, when I hear the word war I go crazy, but where I grew up it was quite calm. Of course it has an effect on you. It wasn't pleasant, but I can't say it affected me.

My generation from Serbia, they just want to live somewhere else and travel because we couldn't travel for a long time. This year, we finally got the okay; we don't need a visa to travel through Europe. It's a big deal! I grew up with Gypsies and in Serbia it is different. In Romania, the country is bigger, they all want to be in big cities, it's very poor. In Serbia, even smaller villages are much more organized, so they are not afraid to give them work. That's the biggest problem for Gypsy people, to get work.

Who represents elegance to you?

Vincent Gallo, he makes music, acts, writes. From the Roma people, this wonderful singer Florin Salam, he's a guru for many and he has so many fans. He has a "forza" (power) when he starts singing ... And I love Claire Denis, she's a French filmmaker, but I don't think I will ever make films like she does.

One thing about you most people don't know?

I don't think anybody knows anything about me (laughs) ... Maybe they've started discovering, at the same time as I did, what I think about morality, the things I want to show. I'm really interested in sharing stories that are not in black or white, where there has to be that side and this side, and I really didn't know that I was this obsessed about it. It's always too easy to judge...