This may be the hardest piece I've ever written. I've spent most of my lifetime trying to conceal something that's been written across my face for as long as I can remember. I was born just a little bit different from other children, and it wasn't until several months after my birth that the large, wine-colored birthmark settled across my right cheek and decided to stay with me for life. 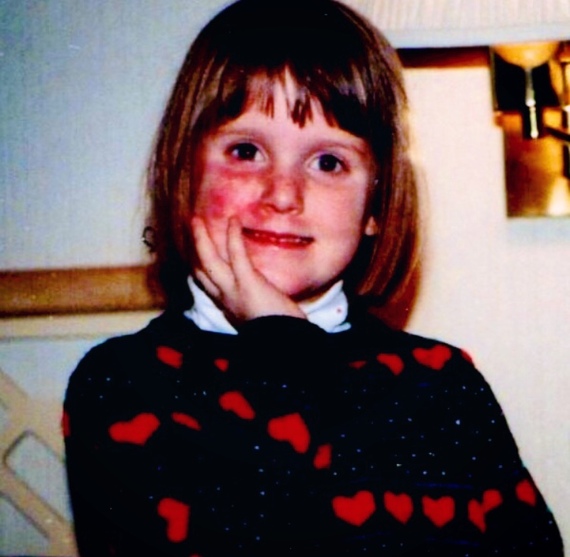 I was always a happy and ambitious kid, and honestly, until society let me know there was something different about me, I was none the wiser. Now, I know that I am not the only child in the world who had some aesthetic disadvantage, or something that made me different from other kids. I am also acutely aware that if it weren't for this little rosy abstract marking on my right cheek called a port-wine stain, the kids would've found another reason to call me names. The boys would've found other reasons to skip my prom invitations and forget my Valentine's Cards, and the girls may have still put me in the back of the line for kickball choices. However, in my head, that mark on my face was the reason for every rejection, and having it crushed my heart before I even knew what being crushed meant.

To clarify, my mom and dad -- and extended family, for that matter -- have always made me feel beautiful. They've always loved me for the person I am, and not merely for my appearance. But if I am being wholly honest, I could always see a vague sadness in their eyes, as if they wished that I didn't have to go through the pain of having a mark that made me different. I'm sure they had to field many questions about what had happened to my face, and I'm sure they were offered plenty of suggestions and remedies from anyone with an opinion. I also know that on some level, their hearts were broken that I would have to learn to overcome a lifetime of unpleasant glances from a shallow society.

By the time I reached fourth grade, technology had begun to emerge that allowed for the removal of birthmarks via laser. Later, laser therapy would become very common; it would be used to remove many people's unwanted ex-boyfriends' names from their tattoos. At the time, however, it was revolutionary, painful and extremely expensive. My family worked hard and saved so that they could afford to have it done for me. I assume they had hoped that I would be able to walk through this world without anything compromising my beauty.

As for the laser surgery at 7 years old, I quit after one treatment. It was too painful, and I think on some level it hurt me beyond physical pain; it made me feel different. I decided to just move forward with the face that I'd been given, and to live with nicknames like Gorbachev or Map Face while I prayed for the "makeup light" at the end of the tunnel.

By 11, I was wearing makeup on a daily basis -- sometimes foundations as heavy as Dermablend. In hindsight, I may have been the trendsetter, because within a few years, there were plenty of non-birthmarked girls who were also caking on their makeup. With the concealer strategically applied, I could now be picked on for normal things, like wearing glasses or gaining weight, or whatever the bully of the month chose to focus on.

I remember being late for a train into the city (where I was going to catch a concert with friends) when I was in high school. I hadn't had time to put on makeup, and I figured I would do it on the train. "What the hell, I'm among friends," I thought. As soon as I began to apply to concealer, which was the crutch of my existence, one of the boys said loudly, "Now I see why you wear so much makeup!" I think part of my heart still sits on the floor of that train car... and that was just one moment in a very long lifetime.

You would think that bullying stops when we toss our caps in the air and move on to the world beyond high school. My point in sharing this piece with you, and baring my vulnerabilities, is to let you know it doesn't end there.

Now, I'm in my 30s and I have a wedding fast approaching. I'm getting married to a wonderful man who has loved me and every mark, blemish and pound he's seen in our seven years together. I've decided -- for me -- that it's time to let the birthmark go. I've been working with a fabulous dermatologist in southwest Florida, and after more than 20 treatments over a number of years, my birthmark is nearly a faint memory. However, on the days I get the laser treatments done, that birthmark feels more like a billboard.

This is mostly what I look like after each of the laser treatments: 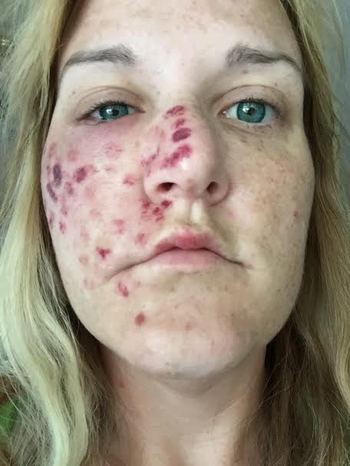 Last week, I had another aggressive laser treatment, and proceeded to run some errands at the post office and grocery store. Gone are the days when I caked on makeup or covered my birthmark with an unsightly bandage to protect passersby from their own discomfort. Now, I wear my face as is, proudly, because this is who I am. Most of the time I forget about it altogether, since it's been there my whole life.

Standing in line at the store, I noticed a business colleague of mine, with whom I work extensively, waiting to check out. I loudly said her name, and waved brightly, with an arm full of packages. No response -- she just looked the other way. Again, I loudly said her name, waving all the while, and finally she glanced up. As soon as she made eye contact with me, she looked away quickly and hurried out of the store.

Baffled by this exchange, I followed up with a friend to ask if she knew why that woman had ignored me in the store. The explanation I received from my friend was that my colleague had seen "some strange woman" with spots all over her face, and she didn't recognize who I was.

In that moment I realized I needed to write this piece. I haven't experienced in a long time just how badly it felt to be treated like I was invisible -- to be looked at as if I wasn't worth the glance. For some people, this continues to happen to them, every single day. If I had to tattoo two words in the place of my now nearly nonexistent birthmark, they would read: BE KIND.

The glances, the gestures, the questions and the judgments -- they are all weapons if they do not come from a place of love. I have strived my entire life to be a loving and kind person. My aesthetics do not determine the content of my character, and no one else deserves to be judged merely on their surface, either. As a society, we try to excuse that type of shallow behavior when it comes from children who may not know any better. But from the adults who are raising them, we should expect far more compassion.

Almost everyone has something they don't like about themselves, or negative attributes that they focus on. We all criticize our flaws -- but that's what actually steals our beauty. True beauty is created by the pride we have within ourselves, and genuine happiness is always gorgeous. I've learned that the biggest mistake I can make is allowing others to define my beauty.

For all those kids who used to tease me and say I had the map of the world on my face... this is what I am listening to in my headphones as I walk through this world, proud as hell of the life that was given to me. My birthmark may eventually fade away, but the person it taught me to be will be bold forever. Marked or not, my beauty comes from within, and I plan on shining from here until the end of my days. 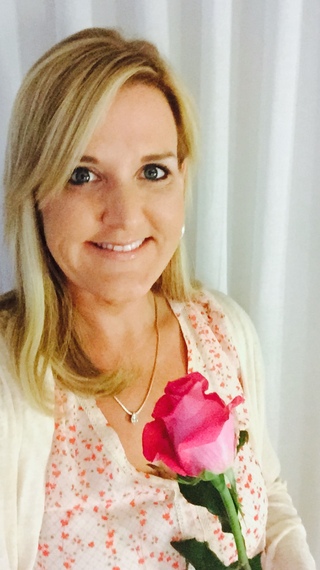 "Whole life is a search for beauty. But, when the beauty is found inside, the search ends and a beautiful journey begins." -- Harshit Walia

I've Spent a Lifetime Covering This Up
Famous Female Friendships
1 / 8
Marilyn Monroe and Ella Fitzgerald
While countless articles, films and documentaries have chronicled the lives of both America’s most famous sex symbol and the Queen of Jazz respectively, most leave out an important detail: their friendship with each other. Marilyn, who <a href="http://black-culture.tumblr.com/post/13522709566/missavagardner-marilyn-was-a-big-supporter-of" target="_blank">idolized and was inspired by</a> Ella, supported her friend<a href="http://www.businessinsider.com/50-things-you-didnt-know-about-marilyn-2012-7" target="_blank"> in the face of racism</a>, by helping her get her first gig at a prominent nightclub in 1955 by promising to sit in the front row of the audience every night for a week.
Image via KPLU Tumblr