In a time when college tuition can cost you an arm and a leg, one teen knows for sure that he can afford the Ivy League university of his choosing.

18-year-old Akintunde Ahmad made news earlier this month with his 5.0 GPA, 2100 score on the SAT, and acceptance to three different Ivy League universities. The Bay Area-raised teen reportedly carried around proof of all these things on his phone, because no one believed that a young man sporting long locs and chains could have achieved such academic success -- not to mention his star athleticism on the Oakland Tech High School's baseball team.

Ahmad's proud parents sat in the studio audience, eagerly awaiting to hear which college he'd chosen to attend-- a decision he'd kept a secret from even them until the filming of the show. After announcing his choice of Yale University, Ellen brought up the heavy subject of tuition. She'd heard that even with student loans, the impressive teenager would owe several thousand dollars -- and then promptly presented him with a $15,000 tuition check from Shutterfly Inc.

Revered in the media for steering clear of the violence and trouble that endangers his neighborhood -- as well as defy the stereotype strangers use to define him -- Ahmad is among the ranks of Avery Coffey, the makers of the Suit & Tie music video, Kwasi Enin, and the Jones Boys triplets as an exemplary example of success for black youth in America.

There will be no stopping Ahmad, nor those whom he inspires. 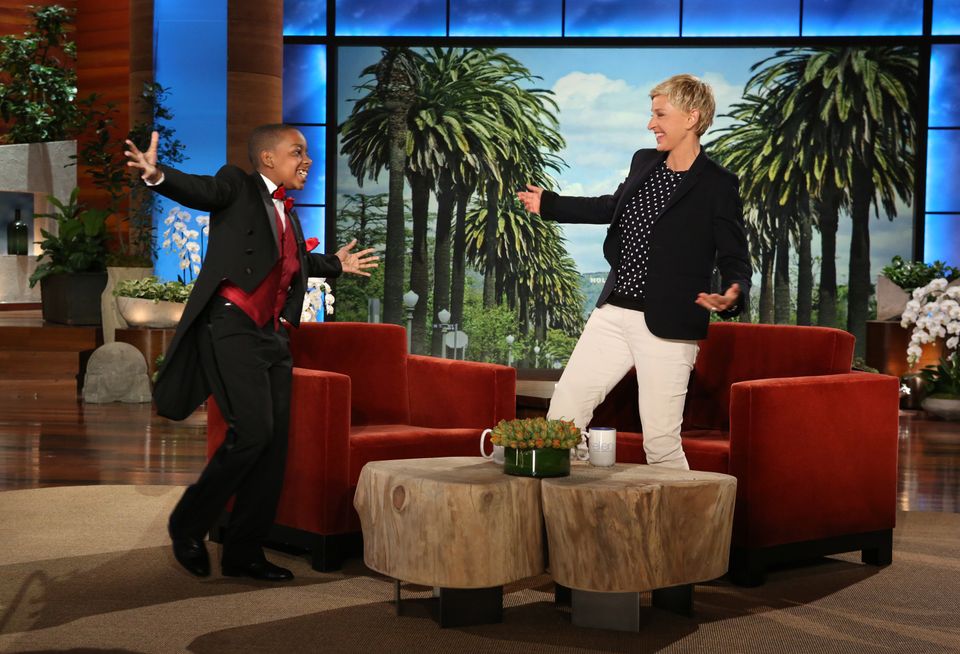