Iyanla Vanzant may be a spiritual teacher and life coach with her own TV show, but that doesn't mean she always looks as put-together as she does on television, she recently told an audience during a talk for OWN's "SuperSoul Sessions" speaker series.

"I have a tendency to go out looking less than my fabulousness," she says.

We all do it, holding onto the hope that no one will recognize us in our less-than-fabulous get-ups. For a public figure like Iyanla, however, the risk of recognition -- and subsequently, embarrassment -- is relatively high. Case in point: her recent trip to Home Depot.

But the sweatpants weren't the only issue. Her next admission elicited gasps and laughter from the audience. "I had on the army fatigue jacket," Iyanla says, before lowering her voice into a whisper. "And? No bra."

She topped off the look with a baseball cap. It wasn't an ensemble she was proud of, but the trip was just supposed to be a quick errand, and Iyanla figured it didn't matter how she showed up in public.

"You do wild things when you don't know you matter," she says.

While waiting in line in her unusual attire, another customer recognized the television host. And it wasn't a subtle moment, Iyanla points out.

It may have been moment of utter embarrassment, but it was also a profound life lesson. "That taught me I matter," Iyanla says. "And how I show up in the room matters. Because I matter."

This is a lesson that applies to everyone, everywhere, whether you have a high-profile job or not, she says.

"Who you are matters," Iyanla tells the audience emphatically. "And how you show up matters, every moment of every day, no matter where you are or what you're doing. You matter. You are demonstrating the presence and the power and the love and the being-ness of God in everything that you do. You matter."

Watch Iyanla's full 25-min. session about making every moment in your life matter 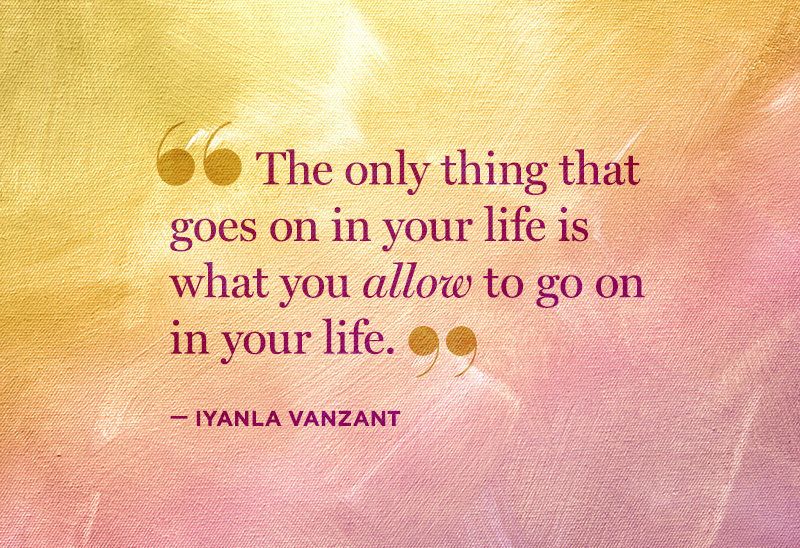