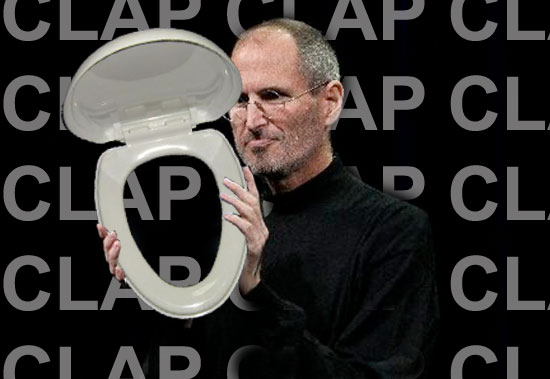 It wasn't just the introduction of the iPad. Steve Jobs presenting a new product that was energized by countless rumors for months was merely the foil.

Was it the tech loving and consuming masses who salivated over a consumer product before it was introduced in what is a very slow and low economy?

And in that truth, comes the real reason that last week was noteworthy...the coverage, zealotry, and schism in generation was apparent. Tech enthusiasts and consumership has taken the place of the tech media. In one day, a company fell back to earth. And those journalists and tech geeks covering it went right along with it, clapping like a bunch of seals.

There was no Everlasting Gobstopper folks.

Most technology outlets trying to be an authority and objective take actually took several steps backward. Even the NY Times, whose economic futures actually rest on this new avenue was giddy and any counter blog seemed mailed in. Another was too busy trying to be cool talking about how drunk they were the night before, trying to assuage their coolness.

Last week, in the tech geekery, balance was lost like drunk trying to do gymnastics. It wasn't pretty.

Gizmodo was one of the few that carefully cut its way through the product launch hype shellac. A sharp take on huge gaping issues on the iPad came early and was dead-on. Then later on, they oogled and liked the hands-on of the iPad, admitting that it was rather nice to use. It was nice to see a dichotomy that was honest and not contrived.

It was something lost on just about everyone else who have become tech apologists even in the face of flawed tech. 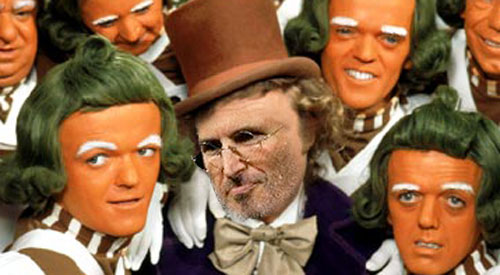 As a sports writer in my second life in the past three years, it is a careful tightrope to walk between being a team or sport fan and reporting on something in an objective manner that can actually inform. When going to the lockerroom after a game to talk to players or the coach, one does not high-five, clap and cheer.

So, what's up with the tech demagoguery? Watching the tech media basically 98% fail completely was staggering and sobering.

CrunchGear provided a hilarious glimpse on how trying to run a talking head show with very little inside information from their onsite staff as hackers broke in and started feeding them false information like: "it runs Windows 7!" Comedy gold amidst a car crash of pseudo coverage

Another site snarked on Mossberg of WSJ's well-placement at the event. Not sure why, most sites including WSJ and the others ones snarking it up all did most of Apple's corporate bidding.

Those who think that fans and users are somehow in control of the Apple rumormill better think again. You'd think they are part of the Rebel Alliance with every element that Apple trickles out. Front and center is the well-placed $1000 rumor which made the real price range of $499 - $829 seem not bad.

Nevermind it is well above current offerings and future ones. It's called PR folks, and Apple used the media like a squeaky water spout. It isn't the first time either.

Where rumors did get out of Apple's control is when they piqued a desperate and addled publishing market that is in sad straits. Hype piled as publisher baggage leaped onto to the new iPad as a fix to their woes. In many ways, the publishing hype actually hurt the iPad ultimately.

A fat iphone running an iPhone's limited OS will do far little in the advent of new publishing options.

Those who were nudging themselves that the iPad would blow out the eReader maket that is run by the Amazon's Kindle and now infiltrated by the Barnes & Noble Nook, which in many ways exceeds it...think again. iPad came up short as merely another dynamic 4 color device for a quick internet read than something that book lovers can handle at long intervals.

Welcome to the eye strain generation trying to read the Great Gatsby. Those who will save their eyesight will hold onto their ereaders for long-term ebookworming.

There is a higher end of browsing to be had. Let's call it eBrowsing. Where we do quick searches, reads, internet use, pics and video. This is where the iPad really takes some steps forward. Quick half hour to hour uses for commutes or odd moments to sit from a car, couch, or train.

Of course to do most of that outside a WiFi spot will be far more than the Apple price. You will be on the cellphone teat for well over $200 annually.

The consumer culture fawns, but real technophiles are tremendously disappointing with this lowered bar of tech use. Many expected to be blown away or at least see convergence in ways they did not anticipate. Once people with half a brain started to react, then suddenly some of tech geekery media noticed and jumped onboard the slamfest also.

It's the OS, Stupid

This was where iYawn, or new operating system of consumer satisfaction based on hype fails.

iPad is merely a bigger device to sell iProducts like iApps and iBooks. This is the assailing rub in all this. Apple did not create a tech wonder or some sort of obelisk for us to stare at a la 2001. They simply want some cash and are hoping some software developers can spruce up some wonder as they merely sit back and try to hawk wares via a storefront.

In other words, Apple and Steve Jobs blinked. They rushed a product to market before its time. And nobody even bothers to notice or ask the most important words: Why?

They had to. For Google is flying, and Palm will be soon getting into the act.

Oh, forget the HP or Dell or any other tablet. This isn't what it is about anymore. This is about OS systems for devices as uses and user desires converge. Upon which, the storefronts are the real market. Itunes, ibooks, iapps, these are where companies can grab footholds.

In that guise, the media and tech geeks just clapped away at the Trojan Horse. Good business. Poor media coverage.

Steve Jobs fearing to cannibalize his far superior Mac OS, might have made a serious error miserably by forcing the iPhone OS for the iPad. By not taking the time to create a middle ground OS, he leaves himself and Apple wide open for Android, Chrome and Palm OS, which are capable of multitasking.

Google's Android is hit or miss at current level. But the Google Chrome OS is on it's way and might take on Apple blow-for-blow. Palm who has created an OS that has their phones multitasking, is said to be planning a tablet. This means another OS might be plying into the fray as well...one that already has a step up from the Apple OS limitations even in phone form, even if not so smooth on bells and whistles.

It's the Storefront, stupid!

But, here is the rub....business-wise, Apple is far better entrenched.

Apple is trying to cash in by being behind, not ahead on the choices of OS, using their fiercely loyal base to give them footing in what will likely turn into a crowded and bloody market. They are merely providing a base to now bring the iTunes storefront further.

Successful in the longrun or not, Apple has made a serious misstep changing gears from pushing envelopes to merely selling stationary. But they are poised to sell that stationary to masses who are bent on consuming instead of actual purveying what is being offered.

In the end, it is much the small step Apple made here, despite they are plying themselves to meet a need and desire by many. What they have done is left themselves wide open for someone to really expand the market. Either for them...or letting others take charge. It is a risky move.

Be assured Google, Palm and many others have noticed.

A shame that this wasn't mentioned as the "press" that basically fellated the company. We watched a ship of fools who ignored the stormy waters and Apple's liferaft. Instead, they go over Steve Jobs video as if it was the Zupruder film.

It misses the point. Thus, sadly, does the iPad, even if brings just a bit of the cash cow Apple is hoping for. The press should have put money in his pants, while he gyrated on stage.

BD can be read in the sport pages here and on his site: HockeyIndependent.com where during coach briefings and player interviews....nobody claps.

In the interest of tech geek disclosure: He uses a Blackberry Curve, owns a Nook and an Archos 5. He uses Apple products at work and at home. He also is happily running Windows 7 on his PC. He is also usually pretty grumpy, says his wife.

One final note is BD has worked 15 years in Publishing, and is basically technology and design guru.