Perhaps feeling an "Eat, Pray, Love" moment coming on, the J. Crew crew headed to Bali, where it photographed the latest spring looks against a backdrop of ancient temples and the village of Ubud. The team also paired their spring models with local Balinese children, "our littlest local friends," wearing traditional religious dress on the steps of a thousand-year-old temple.

Are the children adorable? Totally. But some might find J. Crew's "Bali Adventure" slightly off-putting. As one Instagram user (who Instagram'd the new catalog cover) noted, "Come on, J. Crew. Accessorizing with brown kids is so 2010."

The images alone sparked some Internet buzz ("Am I the only one getting racist/imperialistic vibes...?"), despite the fact that Karan is deeply involved with charity work in Haiti and intended to showcase a positive image. Similarly, it should be noted, the text alongside J. Crew's "Bali Adventure" photos includes informative details about Balinese tradition and positive musings about the culture and context of the shots.

Take a look at J. Crew's Spring 2012 "style guide," seen both online and in print, below. Does the Bali shoot strike you as misguided? 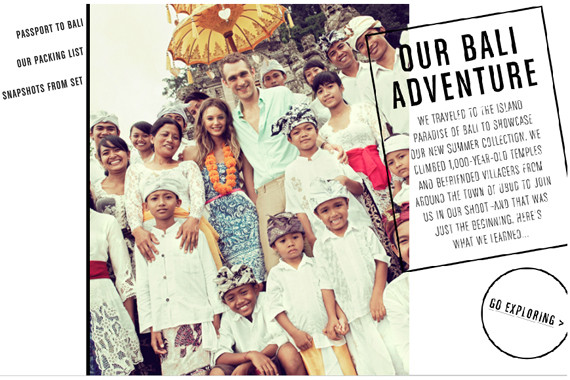 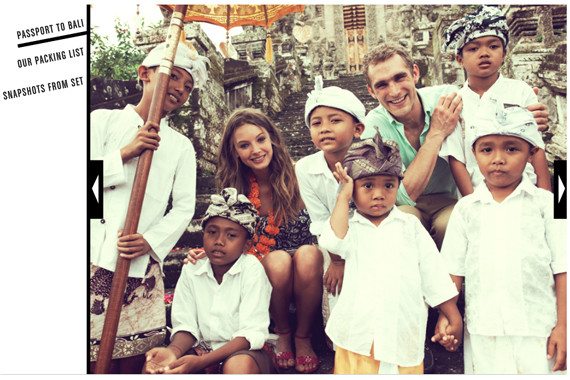 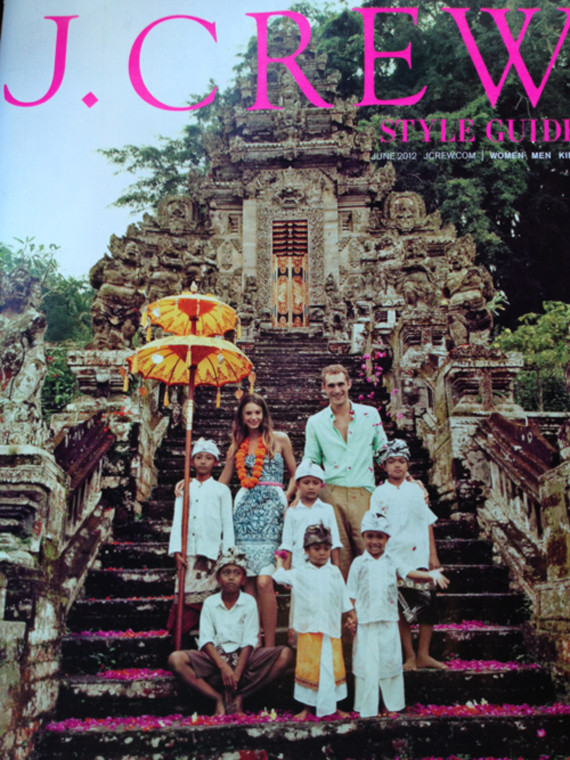